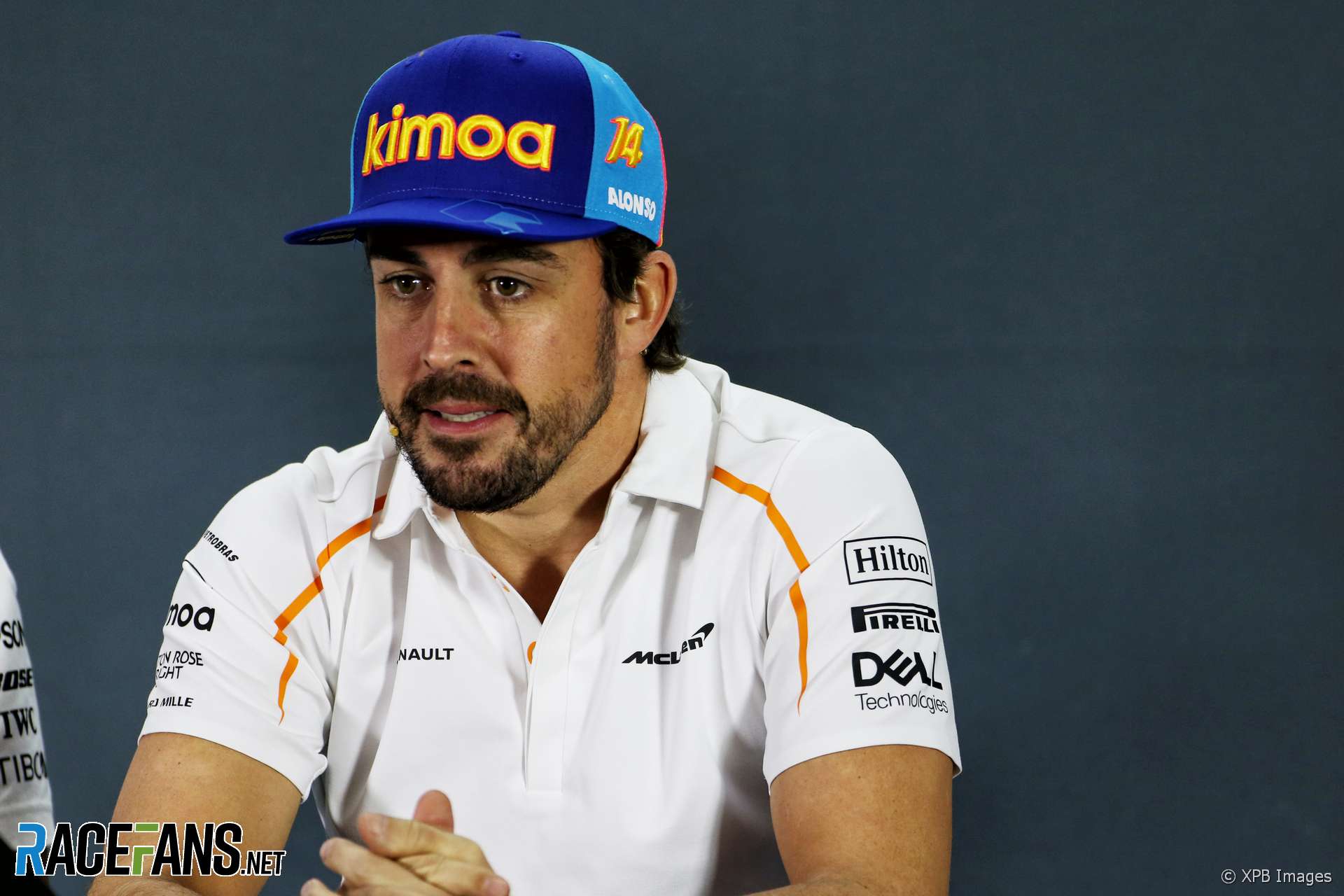 Fernando Alonso says his dedication to Formula 1 left him with “no friends, no family, no free time, no privacy, no wife, no kids” – but he is open to coming back.

The McLaren driver will start his final race this weekend in Abu Dhabi. Speaking in today’s FIA press conference he said he will miss being at the wheel but not the sacrifices he’s had to make.

“The cars are something special,” said Alonso. “It doesn’t matter if you are 14th, fifth or fighting for victory. If you can be on the podium and win definitely it’s an extra celebration and job.

“But when you go out of there for qualifying or even tomorrow on the free practice and you drive these cars, they are very special. And the amount of technology behind these cars will be difficult to replicate in any other series.

“On the other sides there are negative aspects of Formula 1, especially if you are 18 years here. You dedicate your entire life to Formula 1. You have no friends, no family, no free time, no privacy, no wife, no kids, no nothing. It’s just full dedication if you want to succeed. So I think I have other priorities right now.”

Despite having won two world championships and 32 races, Alonso said the personal side of the sport is what he cherishes the most.

“I think more than races or memories or victories the best thing I have from the F1 time is going to be the people that I work with. The people that I share half of my life: I’m 37 and I raced here 18 years so it’s half of my life with a lot of talented engineers, designers, mechanics, you guys – the media – everyone.

“We share a lot of things over the seasons. I think that’s the best thing that I will always remember about Formula 1, how you approach these kind of races and the philosophy behind a grand prix, the preparation, the discipline in all areas of the team.

“Now, racing in other disciplines, in other series, you realise Formula 1 is a step higher and it’s just trying to find perfection in everything, every two weeks around the world. This is probably the best team and the best memories I will get from here.”

However in response to a question from RaceFans, Alonso admitted he may consider returning to the sport.

“Right now it’s difficult to think about coming back but the door is not closed. The first reason is because I don’t know how I will feel next year. I’ve been doing this my whole life. Maybe next year by April or May I’m desperate on the sofa. Maybe I find a way somehow to come back.

“But it’s not the initial idea. It’s more about myself. If I come back it’s not for any particular reason or deadline or something that has to happen. It’s going to be more how I feel in the middle of next year.”

22 comments on “Alonso: Being dedicated to F1 meant “no friends, no family””