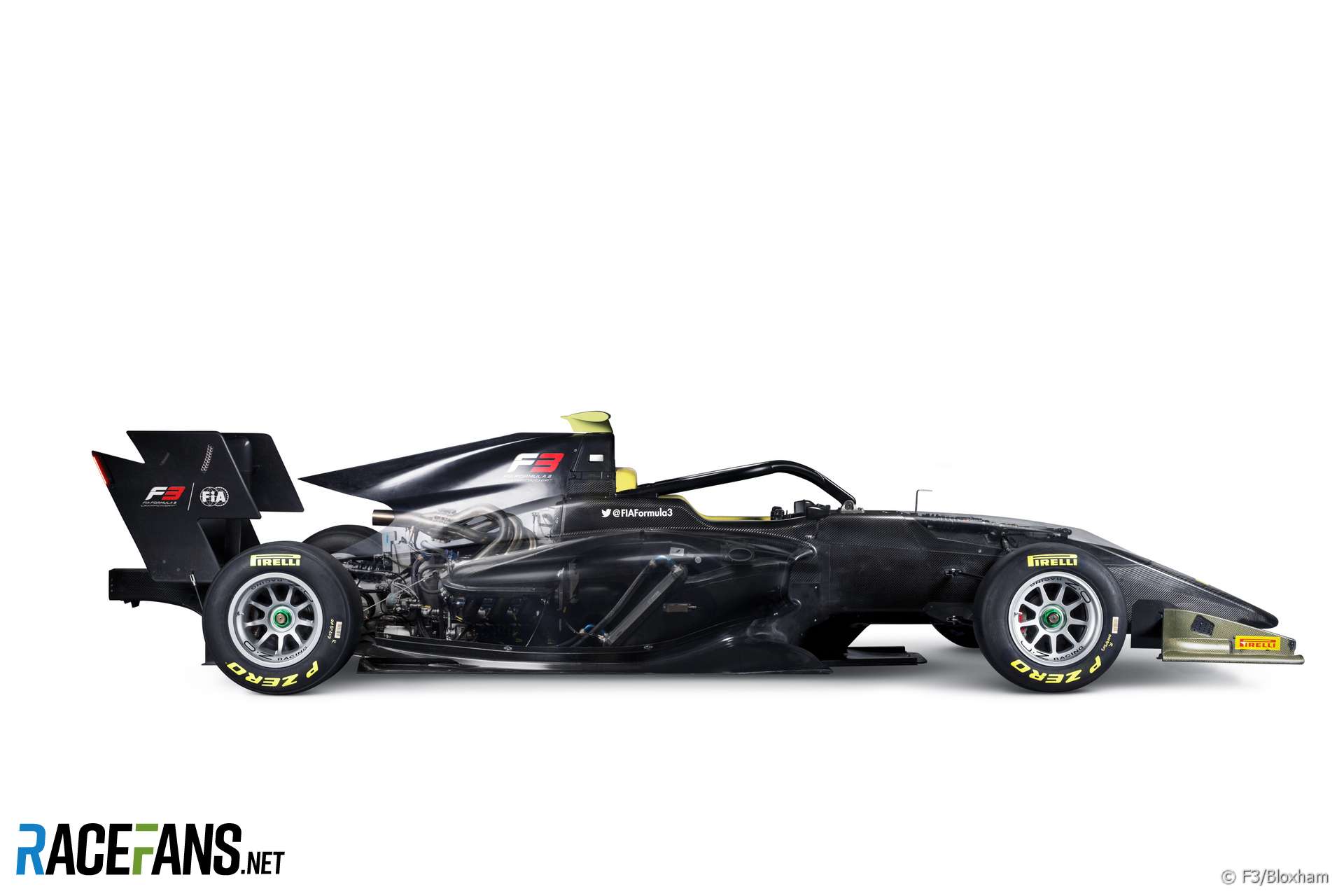 The FIA has revealed the new chassis for its 2019 Formula Three championship which will take over from the current GP3 series next year.

The Dallara F3 2019, which will be raced for the next three seasons, is “the best compromise between the current GP3 Series and FIA Formula 3 European Championship cars”, according to a statement released by the championship.

The car’s aerodynamics have been “optimised to facilitate overtaking”. It also incorporates the Halo which was introduced on F1 and F2 cars this year.

FIA Formula 1 director Charlie Whiting said the F3 2019 “marks the final step in the process of bringing the FIA Formula 3 Championship onto the same platform as Formula 2 and Formula 1, which has been an important goal for the FIA.

“This car, while more powerful and spectacular than previous iterations, will include the latest safety standards for single-seaters, in line with the developments we continue to make at the very highest levels of the sport.”

The car is powered by a six-cylinder naturally-aspirated Mecachrome engine producing 380bhp. Teams will take delivery of the first examples of the new car in January.