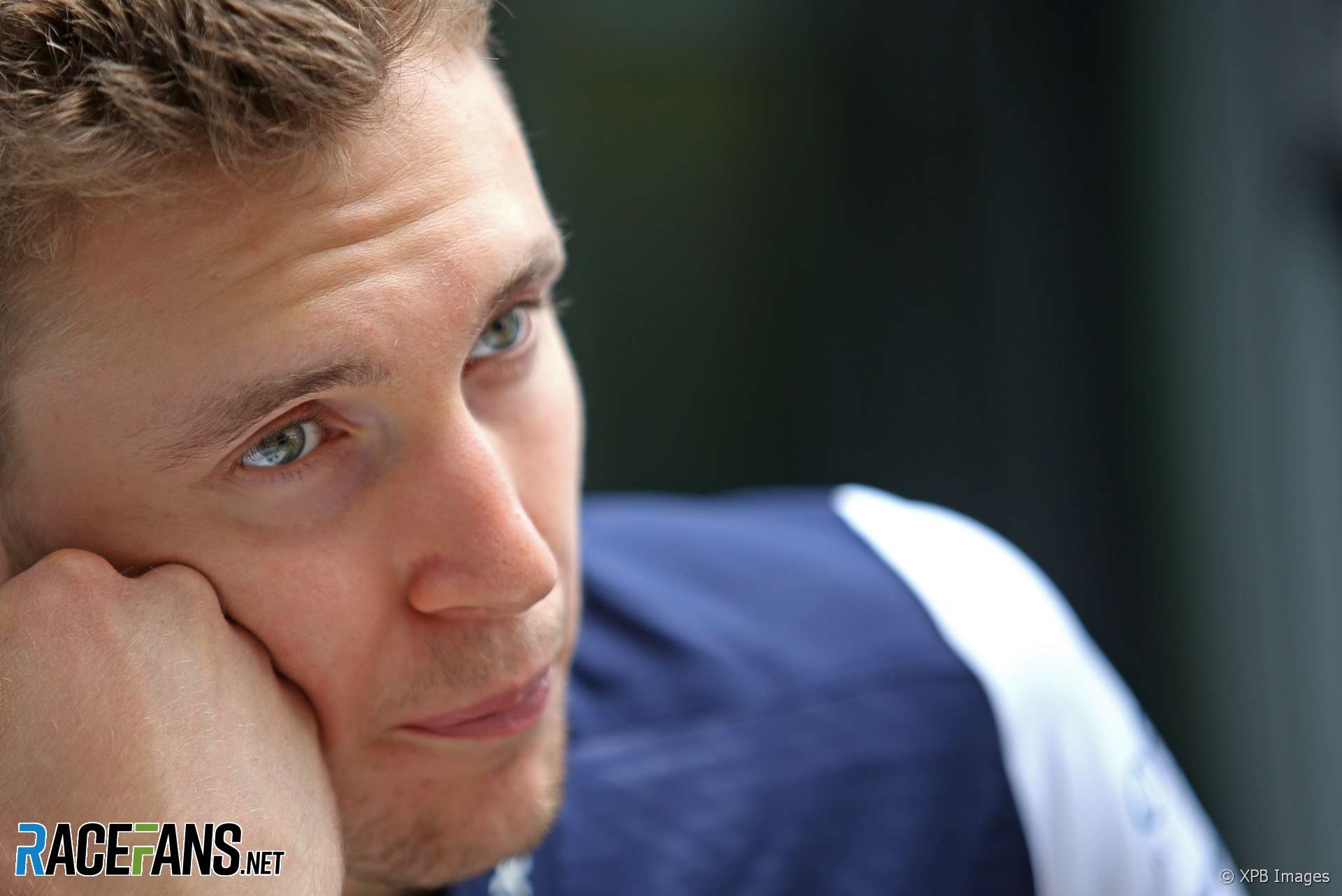 Sergey Sirotkin has confirmed he will not be on the Formula 1 grid next year after losing his seat at Williams to Robert Kubica.

“Unfortunately, I won’t be racing in Formula 1 next year,” Sirotkin announced on social media after Kubica’s return was confirmed.

The SMP Racing-backed driver made his F1 debut this year and scored his only point to date with 10th place in the Italian Grand Prix in September.

“It was very long and tough year,” he said, “not everything went as I wanted it to be, but I kept working and gave all my energy and all my heart to achieve what I feel we deserved to,” he said.

“If I am honest, I do believe we did a very reasonable job in current situation we found ourselves this year.”

“Thanks everyone for your support, for your trust and warm words,” he added. “Thanks for all the support I got during the Russian Grand Prix in Sochi which did seriously touch me a lot.

“And partly thanks to you all this season will always remain in my memory. Thanks for everything, dear friends.”