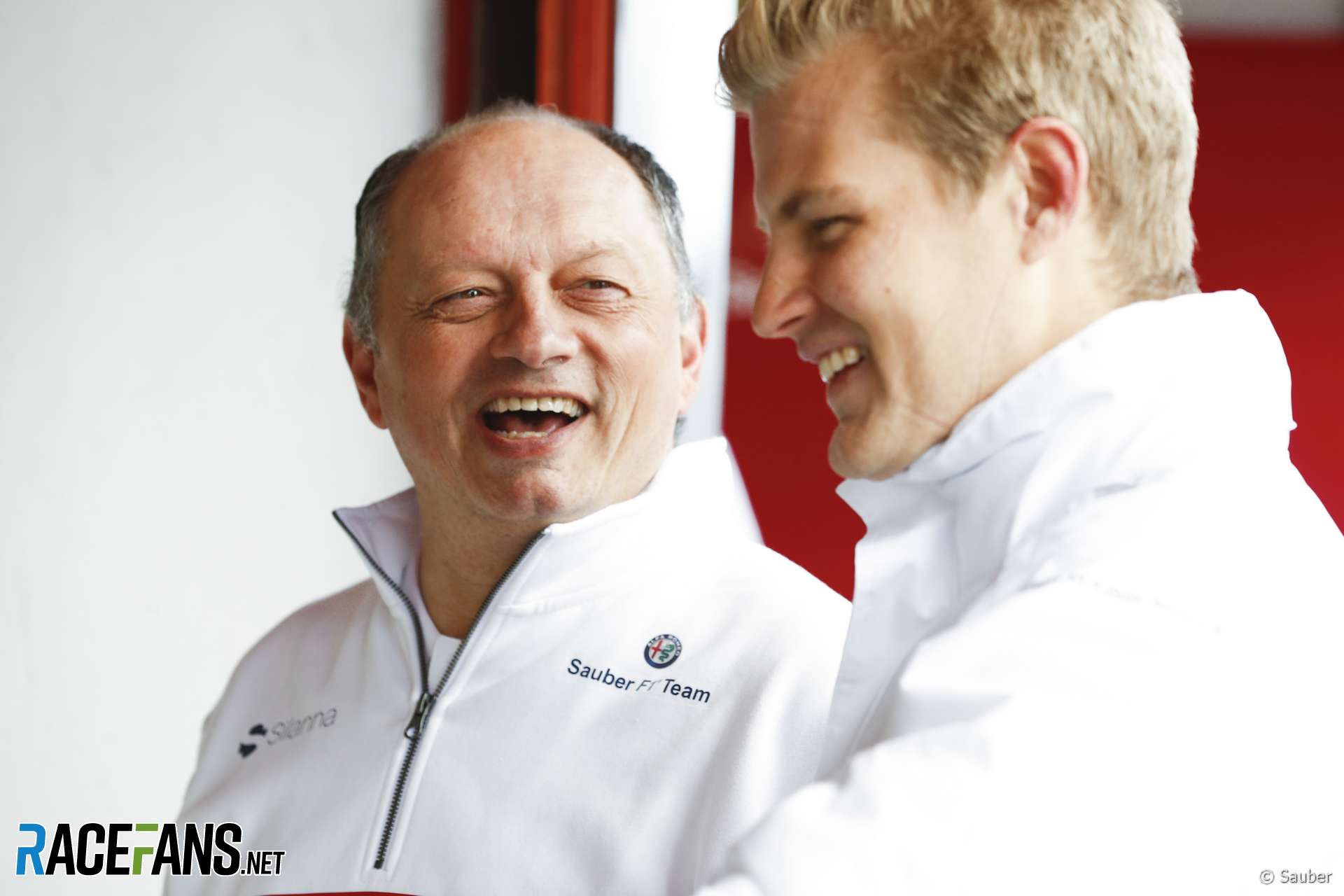 Sauber team principal Frederic Vasseur says the value of Marcus Ericsson’s contribution to the team should not be underestimated ahead of his final race for them.

Ericsson has driven for Sauber since 2015 but will not be part of the team’s race line-up next year d next year when the team will run Kimi Raikkonen and Antonio Giovinazzi.

Ericsson will combined his duties as third driver for Sauber with a race seat at IndyCar team Schmidt Peterson. Speaking to RaceFans in an exclusive interview, Vasseur said Ericsson will retain a “strong link” with the team.

“I will never forget that he was part of the whole restructuring and as driver he did a very good job,” said Vasseur.

“When I joined he was not in an easy situation with Pascal [Wehrlein]. But he reacted well and he was able to be a bit faster than Pascal in the last races of the season.

“And again with this season with Charles it was not easy, but he was committed and he never stopped to push, and it was helpful for the team. He’s a good team player.”

Ericsson responded well to the pressure from Leclerc, who will move to Ferrari next year.

“It’s not easy to have a rookie like Charles as a team mate,” said Vasseur. “Marcus pushed like hell over the season, he lost weight and until the end he was pushing.”

6 comments on “Vasseur praises Ericsson’s contribution: ‘It’s not easy to have a team mate like Charles’”