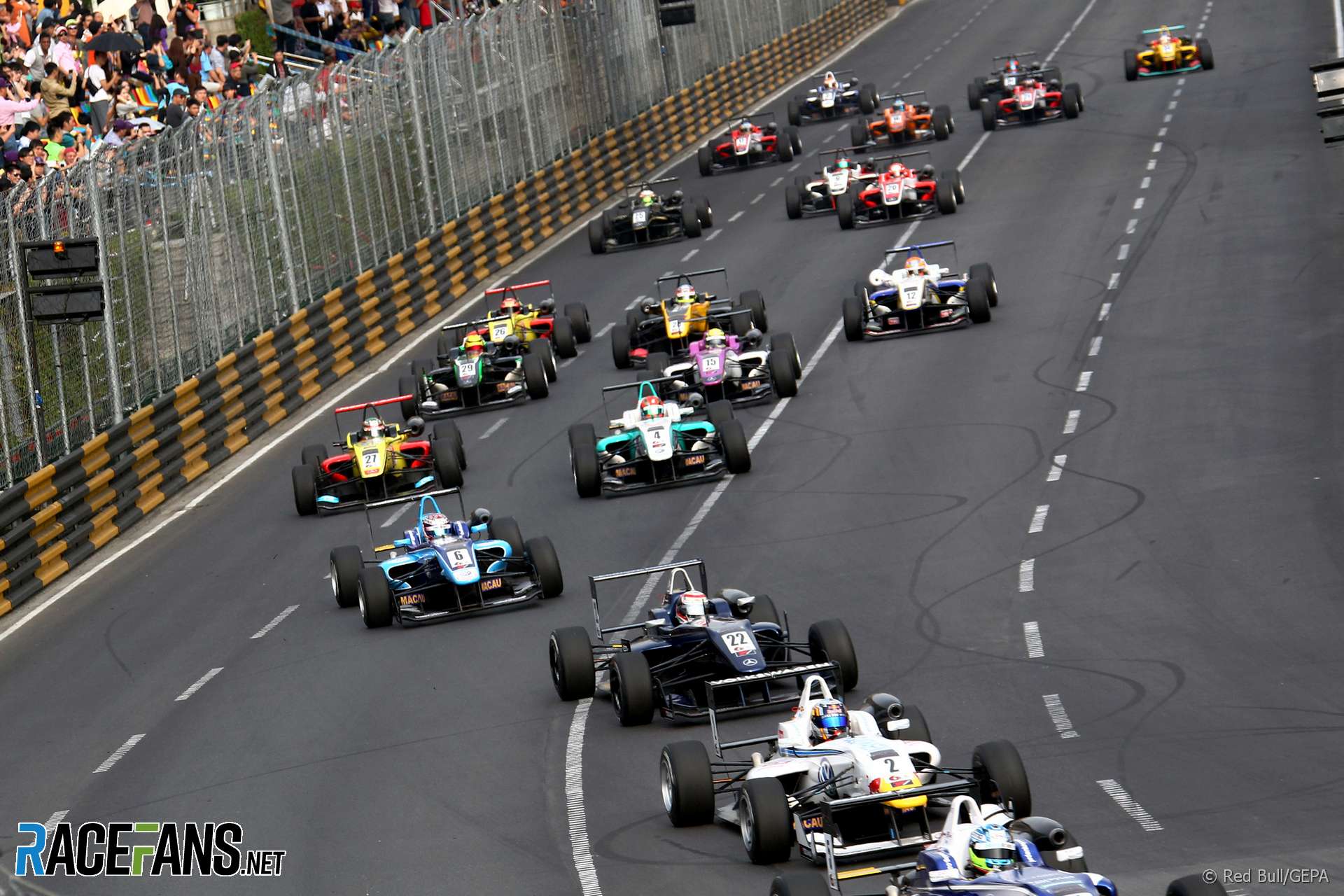 The FIA will not demand changes to the layout of the historic Macau Guia street circuit in the wake of last week’s crash which left five people injured.

Sophia Floersch, Sho Tsuboi and three track-side workers were injured in the crash at the Lisboa corner on the fourth lap of the Macau Grand Prix. Floersch’s car was launched through a debris fence after hitting a kerb on the inside of the corner and then striking the front of Tsuboi’s car.

Speaking at the launch of the new 2019 Formula Three car yesterday, FIA race director Charlie Whiting addressed concerns over the safety of the circuit. He confirmed any changes to the track will not involve changing its configuration.

“We’ve done simulations, obviously, to make sure we can use that car in Macau,” he said. “A few changes will be needed to the circuit. Not to the layout of the circuit but just a few places that might need additional crash barriers, that sort of thing.”

“I can’t give full details yet because we haven’t really discussed them with the circuit or the government there,” he added. “But it’s relatively minor, it’s nothing major, there’s no deal-breakers there.”

The impact to Tsuboi’s car raised questions over whether he might have had better protection if it had been fitted with a Halo, which is fitted to the 2019 F3 car:

“There were some tyre marks on the roll structure of the car that Sophia hit,” said Whiting in response to a question from RaceFans. “But we haven’t done a full investigation yet and I think we need to analyse everything in great detail before we go into anything more specific.”

“What we need to do is to try to model it to see exactly what happened during the accident because unless you’ve got high-speed film of an accident like that you have to use science to try to simulate it. That takes some time.”