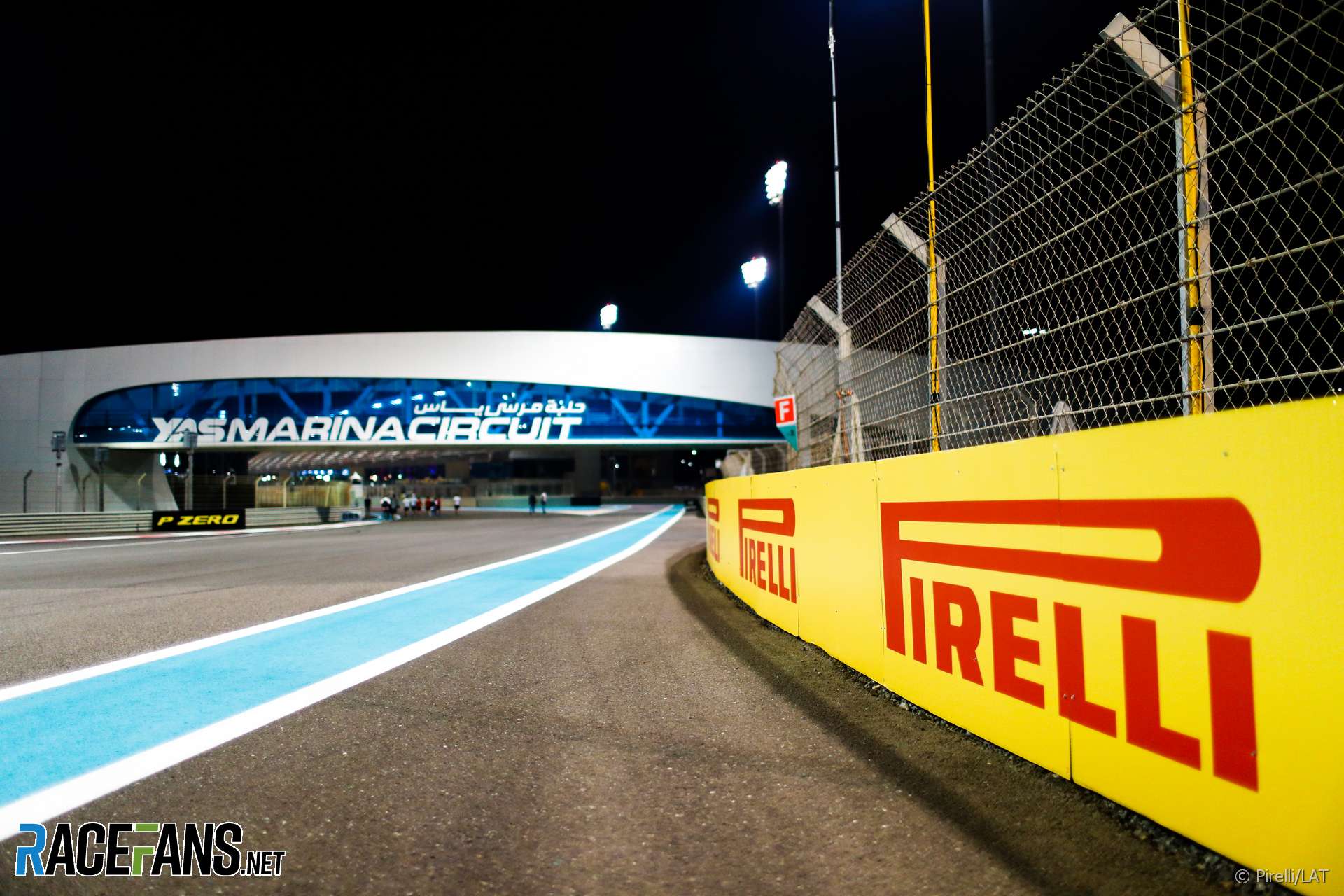 Formula 1 is poised to announce Pirelli has been confirmed as the sport’s tyre supplier for the 2020 to 2023 seasons, as @DieterRencken reveals in his paddock diary from the Yas Marina Circuit.

Up and about in my hotel room at the equivalent of 6am, in keeping with my anti-jetlag regime of sticking as close to home time as possible – a task made all the easier in Abu Dhabi by the race’s dusk timing: for example first practice, which usually commences at 10 or 11am on Friday, is scheduled for 1pm. Thus I have plenty of time for my morning routines before heading out for the circuit at 10am

Arrive at the circuit, settle in before taking a wander through the paddock, hopeful of gaining more insight into the Haas versus Force India protest. All I’m able to glean is that a hearing will be held at 11am, and that our previous analysis, pieced together from various bits if information from a variety of sources, is essentially correct. Will Saturday’s anticipated ruling provide closure?

During my stroll I observe F1 media folk engaged in yet more meetings with Pirelli personnel, and the penny drops: in Mexico Pirelli’s Head of Racing, Mario Isola, suggested the verdict on the 2020-2023 tyre supply tender should be known before the end of the season, and that it hinged on successful discussions with Liberty after the FIA approved the existing incumbent and Hankook for the commercial negotiation phase.

More digging: Pirelli CEO and president lands in Abu Dhabi tonight (Friday), ahead of final discussions with Liberty, FIA officials and teams ahead of signing the document with F1 CEO Chase Carey, probably Sunday morning – with an announcement expected pre-race. I believe it to be the correct decision: as I made clear in a tweet last month:

Sincerely hope @hankookreifen not awarded @fia tyre tender: After searching for media contacts, sent list of questions on 21/9. No reply, follow up 25/9, promised reply in a week(!). Month on – NOTHING. @f1 is world class; @hankookreifen clearly isn’t serious…

Head for traditional Williams breakfast, over which I have a quick chat to Alex Wurz, adviser to the Williams board in addition to various other interests, including chairmanship of the Grand Prix Drivers Association, currently engaging with Pirelli on a tyre “wish list”. Always good to chat to the thoughtful former F1 driver.

First practice, which I watch in the Media Centre using F1 Vision, although I admit to simultaneously swotting up onSir Jack Brabham during the session as Spanish F1 broadcaster Movistar is producing a series on F1 greats and asked me to contribute. One statistic stands out: despite racing during some of F1’s most lethal times, Sir Jack suffered only one serious injury: to a foot. That proves how measured Mr Consistent was his approach.

We record the segment alongside the yacht harbour – I’m struck by how empty it is by comparison to previous years – finishing off just in time for the FIA Friday press conference. 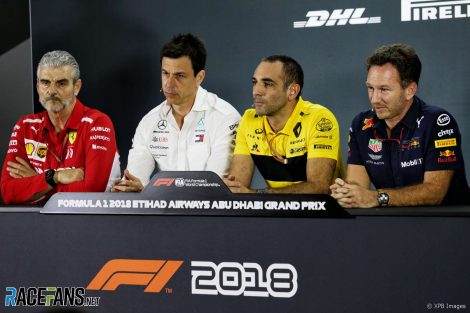 Press conference, at which Christian Horner of Red Bull make a few jibes at his fellow team bosses. Renault’s Cyril Abiteboul is one, ahead of Red Bull’s final race with Renault power, a partnership which delivered eight titles in total, but descended into acrimony during the hybrid turbo era. “It’s been 12 years; Cyril was making the tea when we first started with Flavio [Briatore, former team boss]”, a reference to Abiteboul being the Italian’s deputy at the time.

Toto Wolff, whose junior driver Esteban Ocon knocked Red Bull’s Max Verstappen out of the lead two weeks ago, also appears in Horner’s crosshairs. After Wolff explains Ocon will be the team’s reserve driver next year, Horner suggests: “If you could show him what the flags mean as well, that would help.” But Ocon was un-lapping himself at the time, so what flags was he being shown?

After FP2 it’s interview time, and I grab Kimi – who grunts his way through his final Friday session as a Ferrari driver. But the main interest is Haas team principal Guenther Steiner’s session. The cany Italian doesn’t divulge much, but it’s clear this is about 60m bucks worth of ‘column one’ money, and that the Force India protest is just a collateral component in the fight.

Some pretty big lawyers involved in the skirmish, too – as I discover elsewhere.

Next up it’s Mario Isola of Pirell: where in previous media sessions he spoke cautiously about the future, this time he speaks of post-2020 without caveats, indicating the deal is all done bar the shouting.

Back in the media centre just in time to grab a pie before the restaurant close, then help myself to a few scoops of marbled chocolate/vanilla cake – in. In the midst of a hectic event I’d overlooked this is Yas Marina’s 10th grand prix. In that time we’ve been to some better circuits, but also a lot worse: South Korea and India spring to mind.