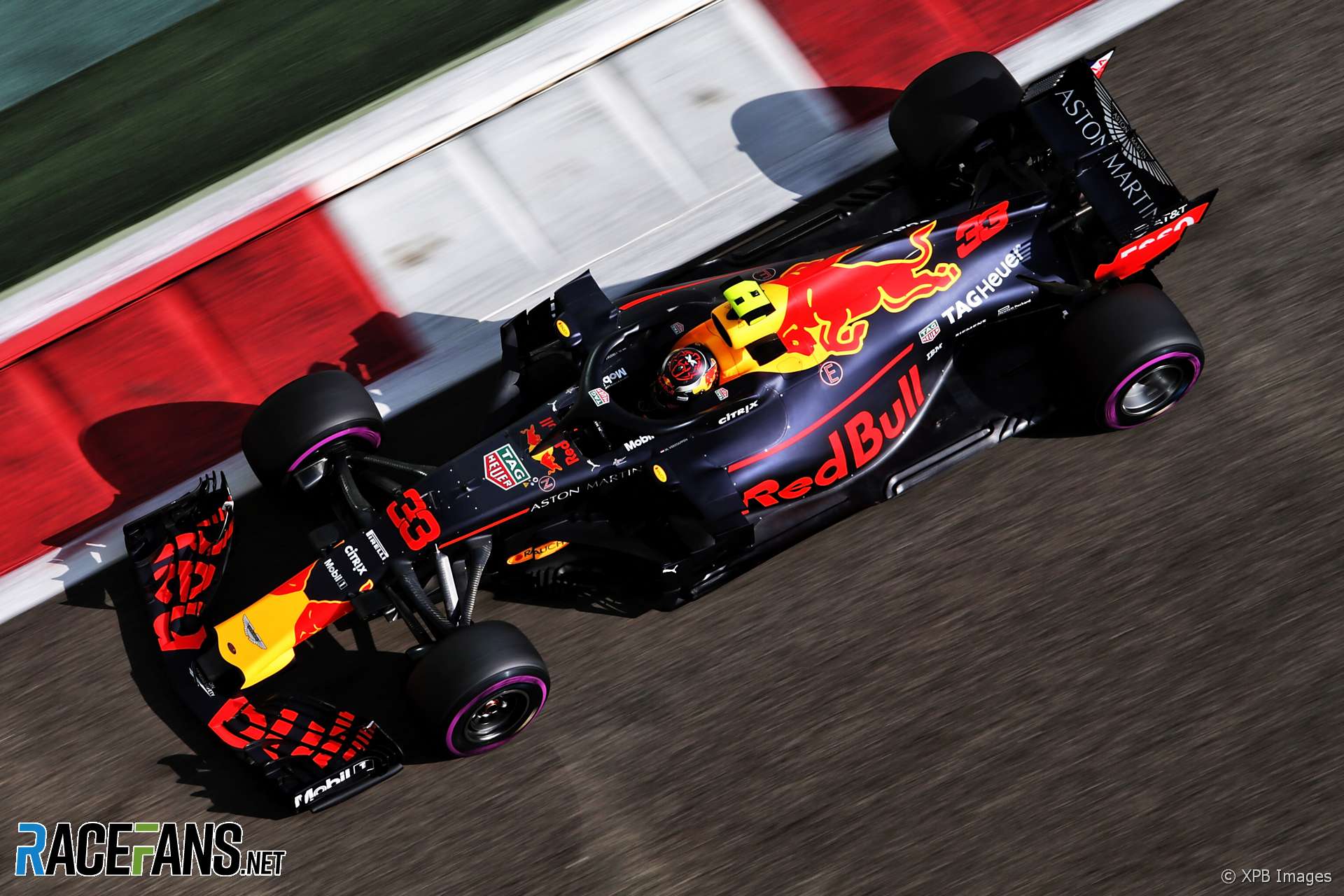 Max Verstappen says he isn’t necessarily at a disadvantage by being the only driver among the top three teams to start the Abu Dhabi Grand Prix on hyper-soft tyres.

His team mate Daniel Ricciardo, plus the Mercedes and Ferrari drivers, got through Q2 using the harder ultra-soft compound which is expected to be the better tyre from a strategic point of view. But Verstappen believes he can make an advantage from his situation.

“A the moment I don’t see it as a negative because they’ll be worried that I’ll start under-cutting them,” he said. “And at least we have two cars on two different tyres so we can do different things.”

Red Bull haven’t struggled as much on the hyper-soft tyres as their rivals have. “I was quite alright on the hypers in the long runs,” said Verstappen. “We’ll just have to wait and see what’s going to happen tomorrow. So far I don’t have too much of an issue.”

However he is pessimistic that he will be able to overtake the cars ahead as readily as he did in Brazil. “First of all I think this track is a bit different to Brazil,” he explained.

“You can’t really follow that well because the corners are not made for it. In Brazil you can do different lines and end up in a similar position. Here’s it’s all 90 degrees, you can only do one line.”

Verstappen explained his angry radio message at the end of qualifying after abandoning his final effort at a timed lap.

“It’s just a natural reaction. I lost the car, went off. I was just disappointed I couldn’t finish that lap. I think it’s just the heat of the moment. Afterwards it’s all good.

“It was just not our qualifying, I could feel it straight away that I was sliding too much. And of course you keep on trying, it’s not working, and then I went off.”

Before his final run in Q3 Verstappen told his team “we have to find a way of keeping the rear tyre temps under control”. But as soon as he left the pits to begin his effort he found the tyres were already too warm, and he abandoned the lap after going off:

Afterwards Verstappen explained his tyres were “a bit hot – I think they were too hot already before, then I went out of the box and they were even warmer.

“So then I had to slow down even more, but then you can’t heat up your brakes like you want to into turn one. It all got a bit compromised.”

13 comments on “Verstappen: Starting on hyper-softs not “negative””