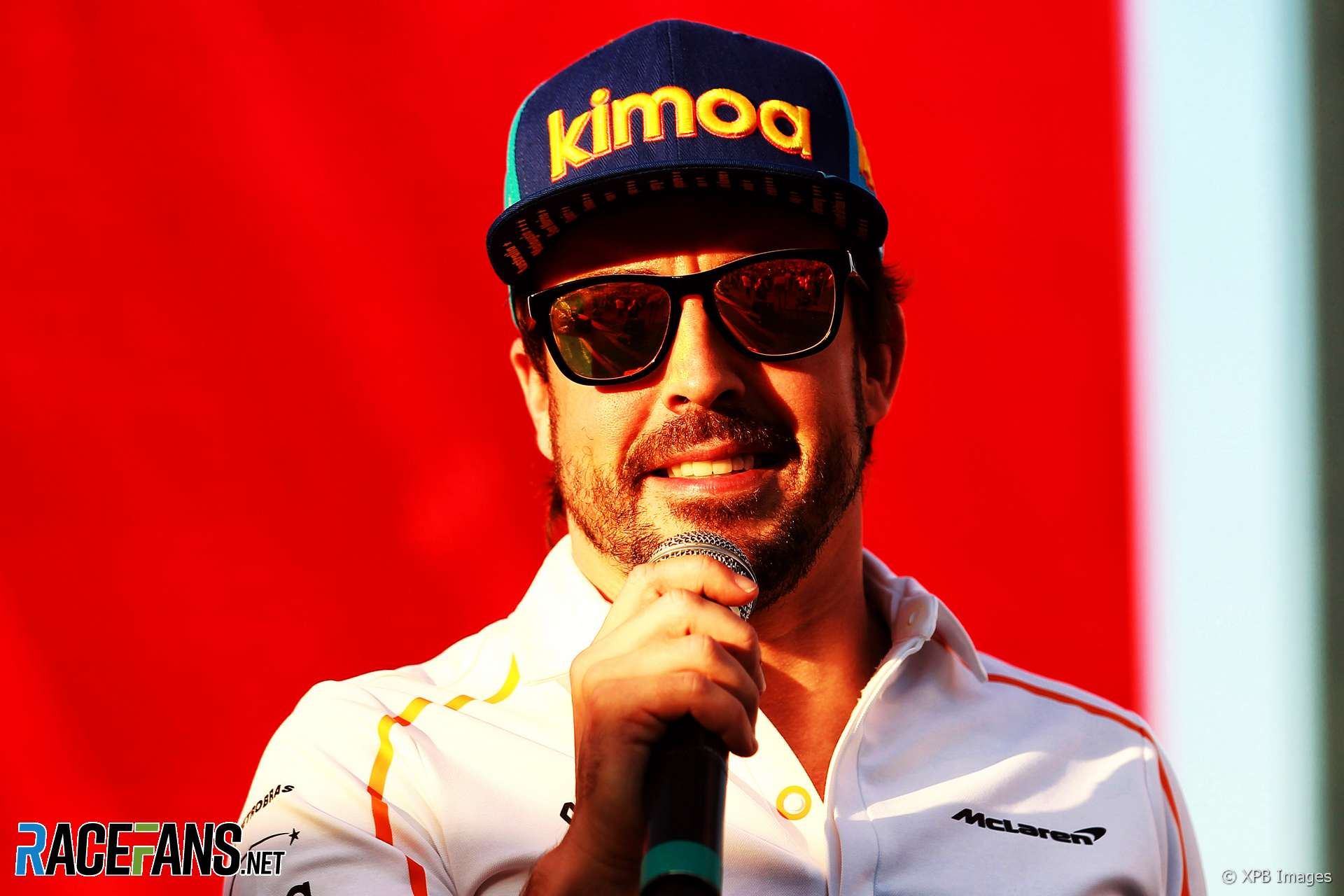 Fernando Alonso has agreed a deal with General Motors brands Cadillac and Chevrolet to compete in next year’s Daytona 24 Hours and Indianapolis 500 respectively, RaceFans can reveal.

The 37-year-old, who called time on his Formula 1 career after yesterday’s Abu Dhabi Grand Prix, will drive a Cadillac DPi-VR in January’s Daytona 24 Hours. The car will be run by 2017 winners Wayne Taylor Racing.

There are no plans at present for Alonso to compete in IMSA events beyond the season-opening Daytona round. Alonso drove a United Autosports-run Ligier JS P217 in this year’s race.

RaceFans understand the deals between Alonso and the GM brands will be announced in early December.

The agreement will also see Alonso use Chevrolet power in the IndyCar McLaren will enter in next year’s Indianapolis 500. An announcement is expected shortly.

During the Abu Dhabi Grand Prix weekend Alonso hinted he could add further races to his 2019 schedule.

“I have already a couple of commitments next year with the super-season in WEC, doing the 24 Hours of Le Mans again, the Indy 500 with McLaren that we will add there, and probably we will add a couple more race,” he said.

“But [I’ll] try to relax as well, try to combine the two things: the joy of driving but also having a little bit of life because Formula 1 is total dedication to the sport and after 17 years I need a break.”