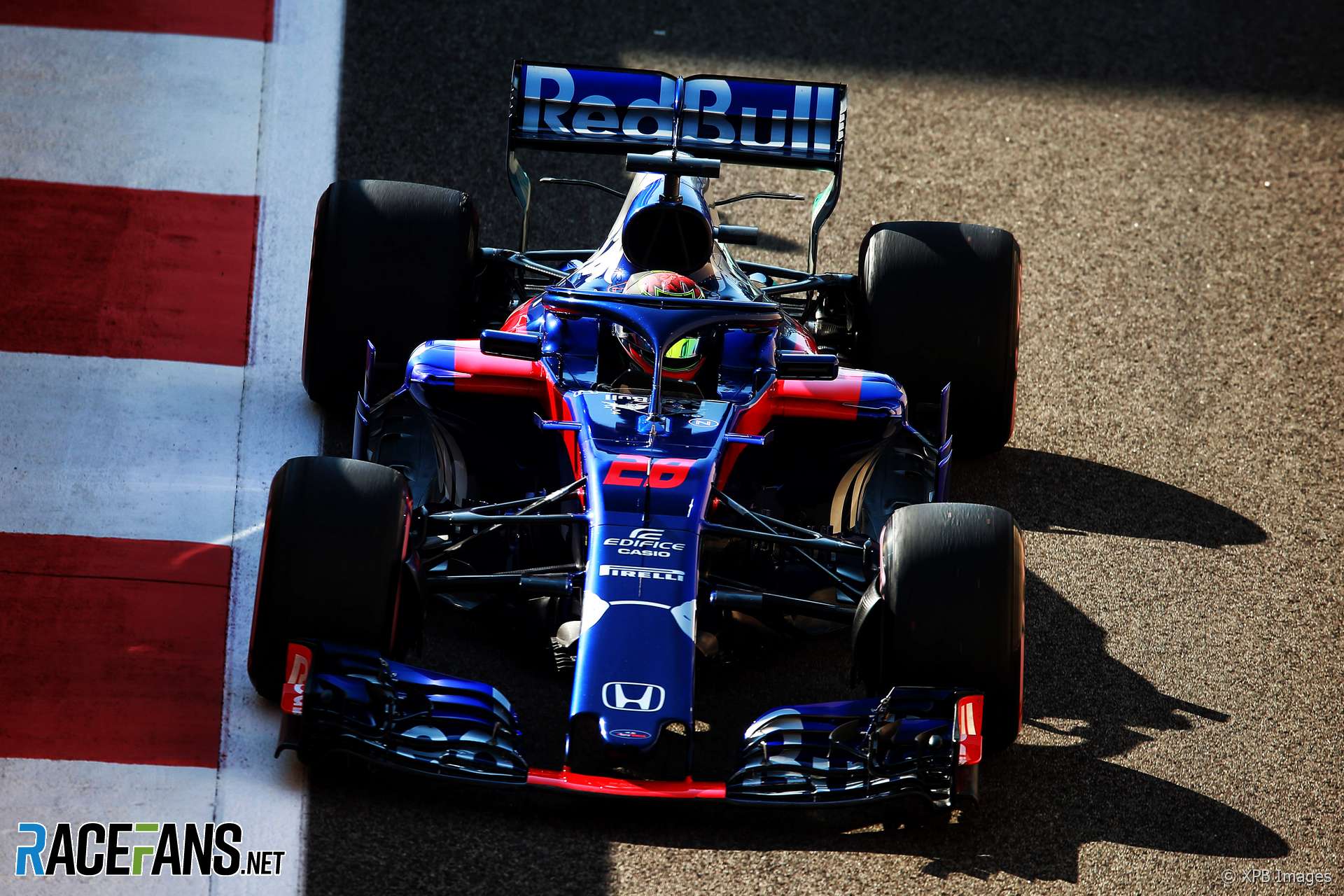 Brendon Hartley has found it difficult to adapt to Formula 1’s high degradation tyres after racing in the World Endurance Championship, according to his Toro Rosso team boss.

Franz Tost said Hartley, whose place at the team next year has not been confirmed, struggled with his tyres during his mammoth 53-lap stint on super-softs in the Abu Dhabi Grand Prix.

“Brendon started the race on the ultra-softs as we decided to put him on an alternate strategy to Pierre [Gasly]. Unfortunately, he was caught in the middle of the first lap accident in turn eight, so we had to call him in to change his front wing much earlier than planned.

“Then he started to struggle with his rear tyres because of overheating and he ended up finishing in 12th position, out of the points. Of course it wasn’t easy to come here from LMP1, it’s always a challenge to get familiar with everything in Formula 1 and especially tyre management is a big task to cope with.”

Hartley has been under pressure to raise his game to prove he deserves another year with the team. Tost said he has made progress this year. “He has been unlucky sometimes, but he has improved in the course of the season.”

Gasly, who will join Red Bull for the 2019 F1 season, failed to finish after his car suffered an oil leak.

“Pierre had a very good start, he moved himself into 13th position and he improved throughout the race, showing good pace which could have brought him to finish in 10th,” said Tost. “Unfortunately, a few laps before the end he had to retire due to an issue we need to investigate further.

“This was Pierre’s last race with us, he showed fantastic cooperation during the year and he improved a lot, showing he deserves his place in Aston Martin Red Bull Racing. I want to thank him for his great performance and I wish him all the best.”