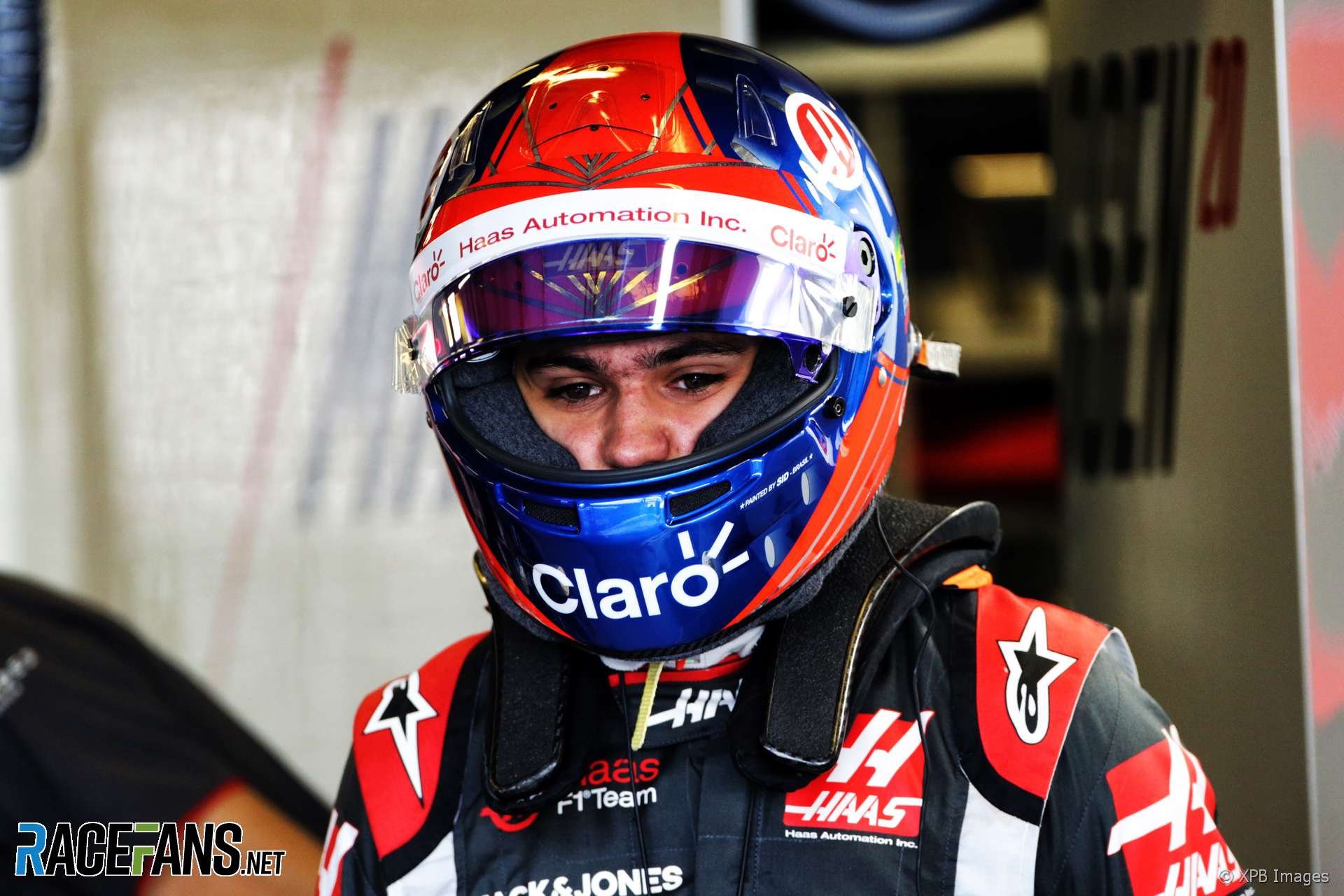 Fittipaldi, who drove the team’s VF-18 for the first time today, accepted that taking a test role at the team would limit his chances to race elsewhere next year.

“He actually wants to do this,” said Steiner. “There’s a lot of young drivers who don’t want to do this test driver role and simulator because you’re not in the limelight.”

“I thought that was good,” he added. “You don’t find many people at that age which want to do that because they say ‘oh I need to go racing to show how good I can race’. I think he’s pretty confident that he knows how good he can race.

“And that’s what I committed to him. [I said] you will get test driving in the car, you’re not only going to be in the simulator because that wouldn’t be good for us because you cannot correlate to a real car.

“So he sees this as a stepping stone into F1, that is what we’re giving him. It’s better than to go into F2 racing where a lot of it depends how good your team is, how good your car is, so he tries it this way.”

Steiner said the team had demanded Fittipaldi’s availability at the majority of race weekends this year. “I said you can race whenever you want as long as it’s not conflicting with F1 races.”

“I said if you want to do a few races and it conflicts we’ll find a solution for it, I don’t want to stop your career,” he added. “But if you say you only want to do 50% of the work, no, it doesn’t fly, I need to find somebody else.”

Fittipaldi won the final Formula V8 3.5 championship in 2017. A planned World Endurance Championship and IndyCar programme this year was disrupted when he broke his legs in a crash at Spa-Francorchamps.

However spending a year testing for Haas will limit Fittipaldi’s ability to score FIA superlicence points which could prevent him from being eligible to race in F1 in the future.

“That’s a problem we have to face when we get to it,” said Steiner. “He has got quite a few already because he won 3.5 so he doesn’t need a lot.”