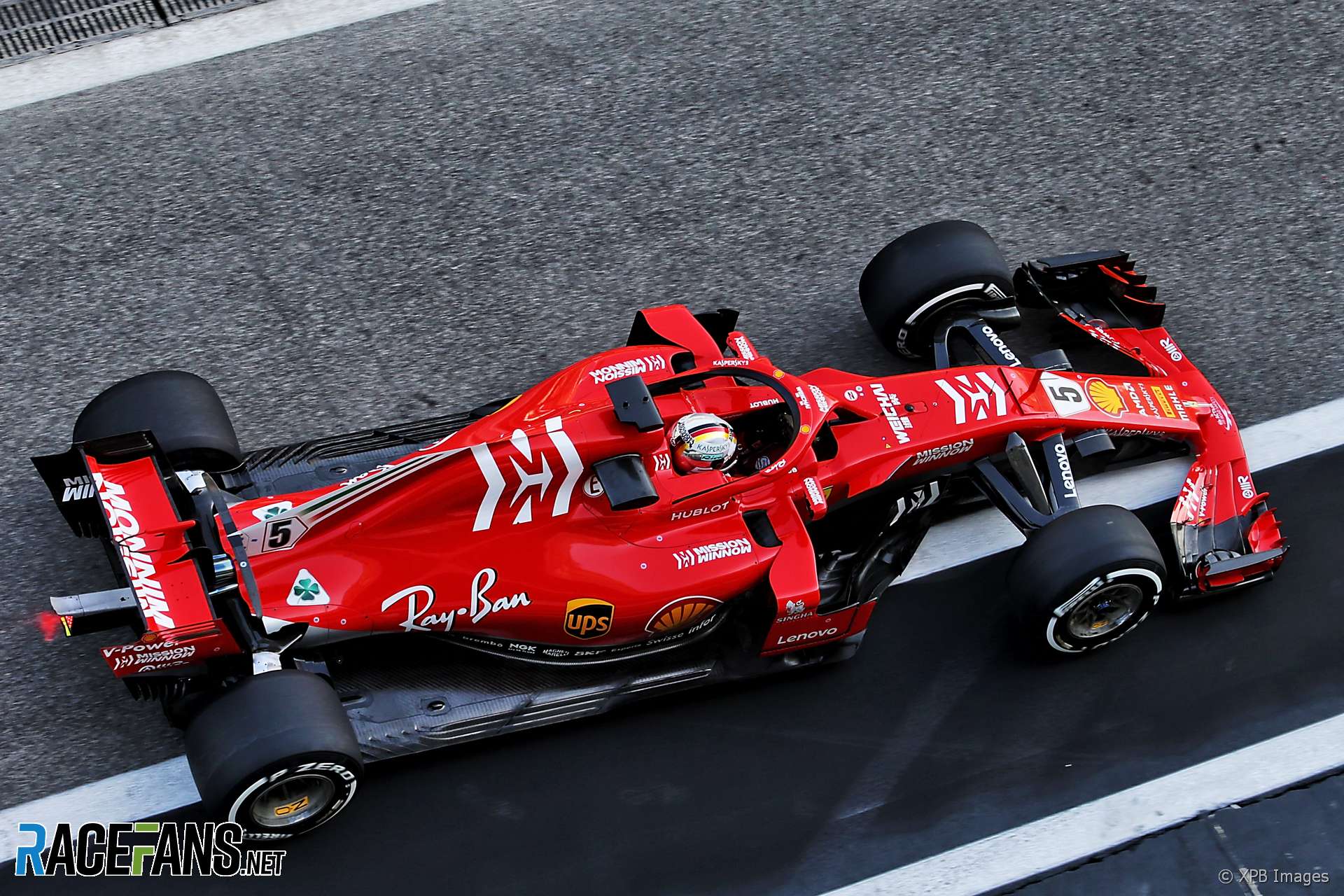 Sebastian Vettel led the first day of post-season testing for Ferrari as several drivers took the opportunity to make an earlier start with their 2019 teams.

Vettel’s former Ferrari team mate Kimi Raikkonen had a busy first day with Sauber. He logged over 100 laps but ended the day near the bottom of the times.

New Williams due Robert Kubica and George Russell shared the team’s FW41, as they will do again tomorrow. The team’s former driver Lance Stroll had his first outing for Force India, who are expected to confirm him as their race driver for next year. He set the third-quickest time after taking over the VJM11 from Sergio Perez.

Haas’s new test driver Pietro Fittipaldi sampled the VF-18 for the first time. However his day was interrupted after his power unit failed and needed to be replaced. The team which skipped the in-season test at the Hungaroring therefore covered the fewest laps of the session.

Fittipaldi said his first run in an F1 car was an “amazing” experience. “The braking power of the car, the acceleration, the speeds you carry through the corners, it was just insane. The car is so fast. It’s just stuck to the ground. The amount of downforce it has is unbelievable.

“We had small issues at the beginning of the day, but the team got them sorted. They really did a fantastic job to get back out there, and then in the afternoon we worked through the plan we had.” Fellow test driver Louis Deletraz will take over the car tomorrow.

Mercedes logged their usual mammoth testing mileage. Valtteri Bottas covered 120 laps, more than two race distances, on his way to the second-fastest time. However Toro Rosso test driver Sean Gelael was busiest of all, propping up the times after logging 150 laps.