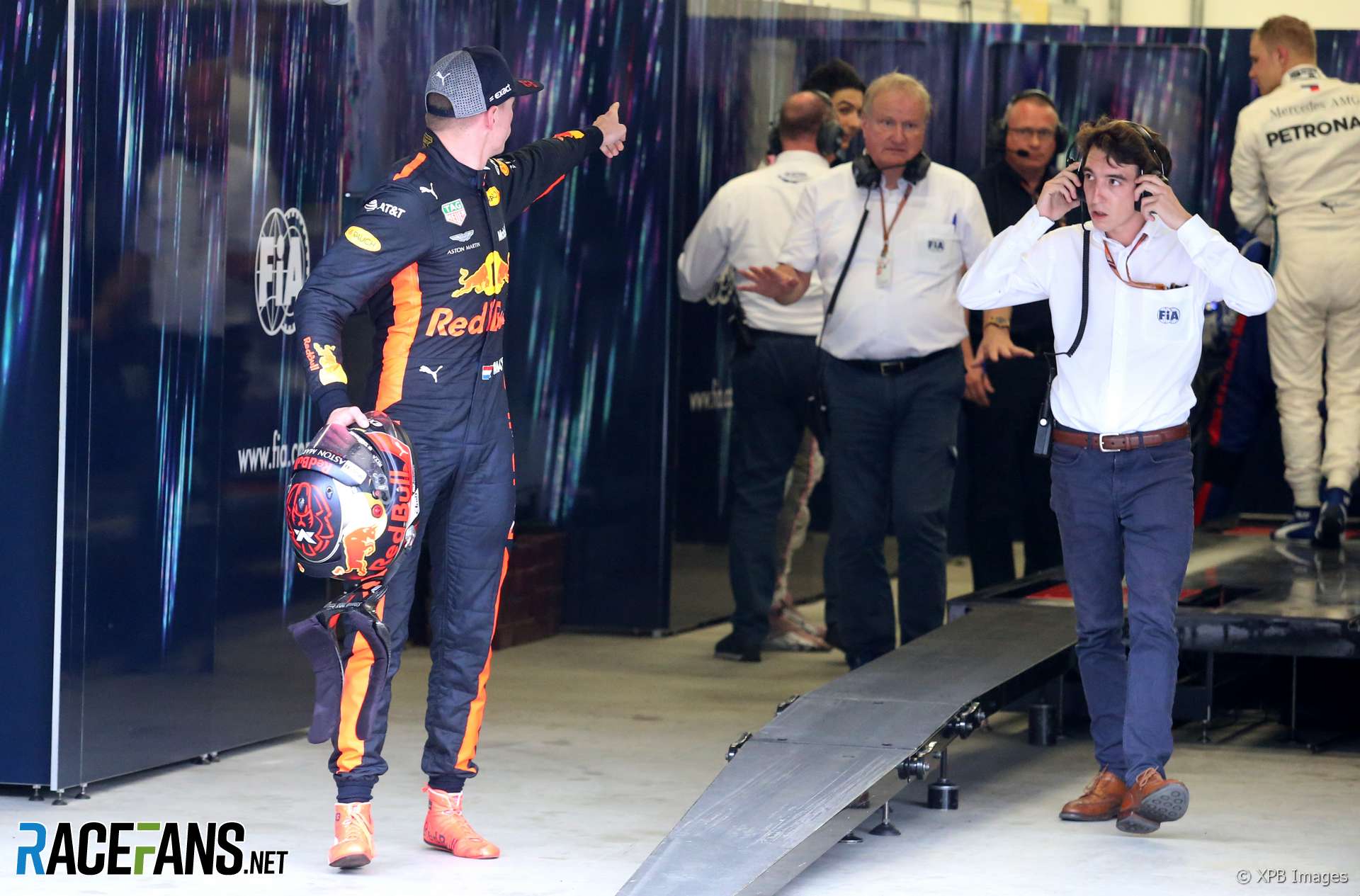 Max Verstappen may have to work with race stewards as part of his ‘public service’ sentence for shoving Esteban Ocon after the Brazilian Grand Prix.

The Red Bull driver was told he must “perform two days of public service at the direction of the FIA” for the post-race incident with Ocon last month. FIA president Jean Todt told Sky in an interview drivers must show respect.

“When you have these kinds of exposures, this kind of fame, it gives you also responsibilities,” said Todt. “So it means that whatever your emotions you must be able to control them. And to respect your supporters, to respect your word.

“Maybe a contribution to work closer with some stewards or some officials during some training, during some education groups. We have different things which are going to happen next year.

“Maybe participate [in] a group panel of stewards in another category of motorsport to put yourself in the other side and understand that it’s not always easy. But I’m sure we’ll find some constructive programmes.”

Verstappen said in Abu Dhabi he thought his sentence was “harsh”.

“We’ll discuss, between the team and the FIA, what we’re going to do,” he said. “If I agree with it, it doesn’t really matter, does it? What can you do about it? I find it a bit harsh but we’ll find a solution.”