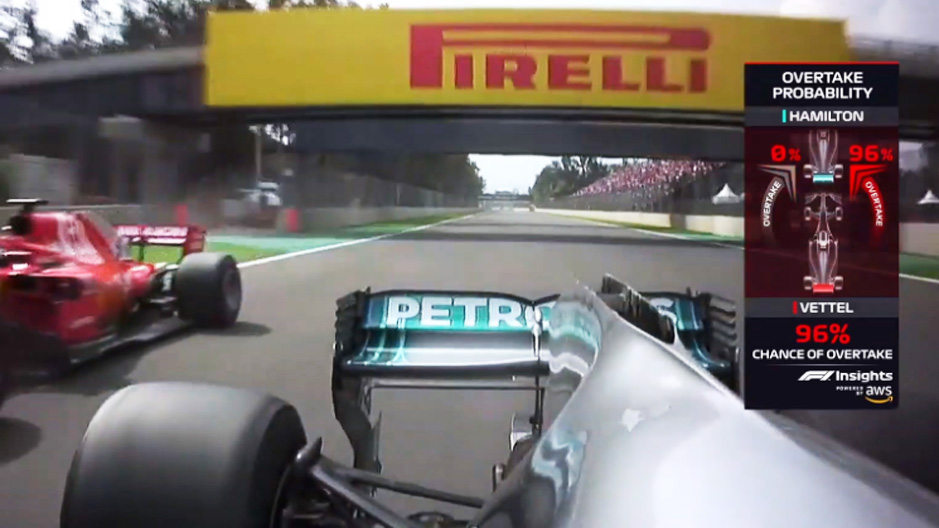 Formula 1 has published three videos showing its new 2019 graphics including one which shows a real-time “overtake probability”.

The sport’s commercial rights holder is asking for feedback on the new graphics which also show data on “car performance” and “pit stop advantage”:

The three graphics can be generated in real-time during races by applying machine learning to FOM’s real-time data feeds from the teams, historical information. The Overtake Probability graphic is designed to show the probability of success of a given pass.

The Car Performance graphic uses tyre wear and temperature data and to reveal “the overall performance of the car and show how long [the driver] can continue at this pace before his lap times fall off a cliff and he is an easy target.”

The Pit Stop Advantage graphic is intended to show whether a driver can gain an advantage by pitting earlier or later than a rival ahead.

F1’s managing director motorsport Ross Brawn said the new graphics will harness F1 technology to give fans a deeper understanding of the sport.

FOM is asking fans for their opinions on all three new graphics via its partner AWS.