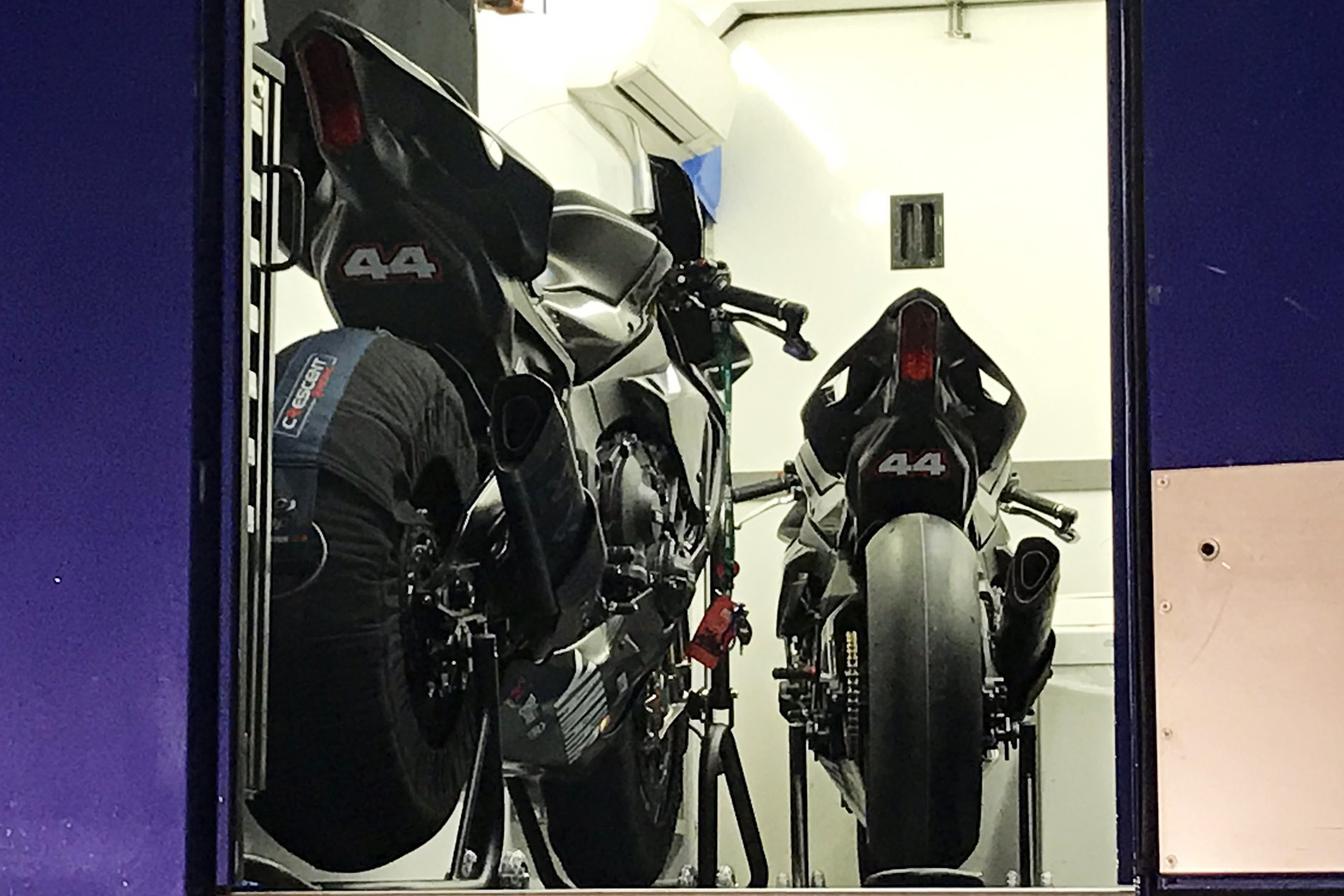 Lewis Hamilton was unhurt when he came off a superbike he was testing at the Jerez circuit in Spain yesterday.

Hamilton came off the bike at turn five, the fast left-hander which leads to the long back straight at the former home of the Spanish Grand Prix. The bike was damaged but Hamilton resumed testing soon afterwards. His bike was largely unbranded except for Yamaha logos and Hamilton’s number 44 stickers.

The five-times Formula 1 world champion has indicated in the past he would like to try his hand at motorbike racing. Earlier this year Hamilton said the Moto GP was the only motorsport he could see himself racing in outside F1.

“I would want to do Moto GP if I could,” he said. “Moto GP is a little bit hardcore.

“That’s the only other racing series I really watch and I watch it religiously so wherever I am in the world I’m watching that online. I’m just fascinated by these out-and-out riders who are literally riding by the seat of their pants. I think it’s very cool.”

Hamilton is an ambassador or motorcycle brand MV Agusta, which produces the officially-licensed F4 LH 44 bike.

F1 world champion @LewisHamilton has been riding at Jerez this week. He’s had a couple of R1s provided by @crescentmoto and had been riding with the @PataYamahaWSBK guys. Spotted these while there for the test! pic.twitter.com/l2Tn9sRNAm

39 comments on “Hamilton crashes during Superbike run at Jerez”