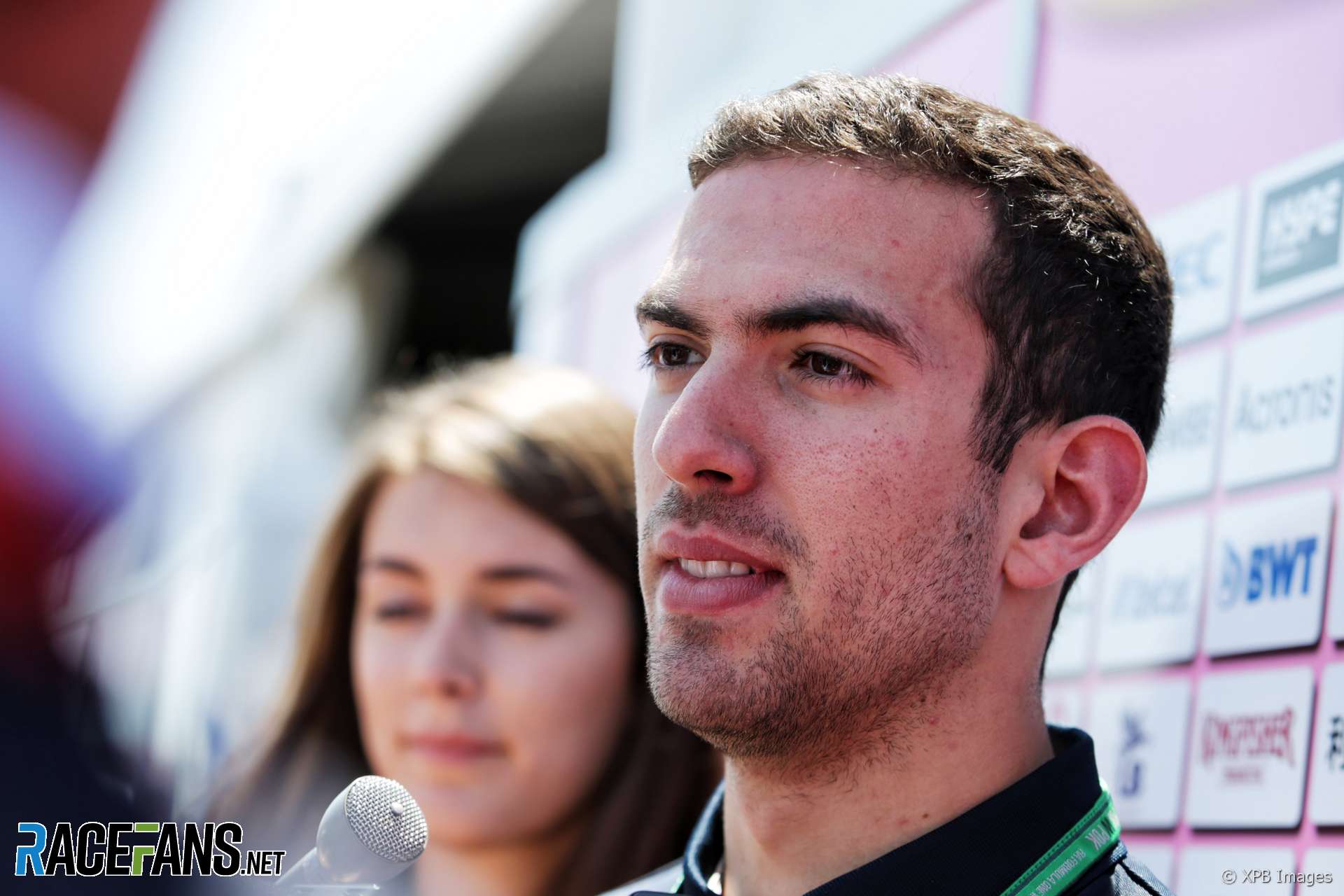 Nicholas Latifi has joined Williams as its new reserve driver for the 2019 F1 season.

The 23-year-old will make six appearances in practice sessions next year, the team has confirmed. He will also drive for one day in the pre-season test and do two days of in-season testing and two days of testing for Pirelli.

Latifi was previously a test driver for Force India and drove for them five times in practice this year. He said the change of teams is “a fantastic opportunity to continue my F1 development and to build my on-track experience with more [first practice] sessions and the rookie and Pirelli tests.

“As well as this, a big part of my role will be simulator driving and helping to support the development of the new car.”

Latifi’s father Michael became a shareholder in McLaren Group this after investing over £200 million in the company. The payment was made through his company Nidala, named for Nicholas Daniel Latifi.

Williams was in need of a new reserve driver after promoting Robert Kubica to a race seat alongside George Russell for next year.