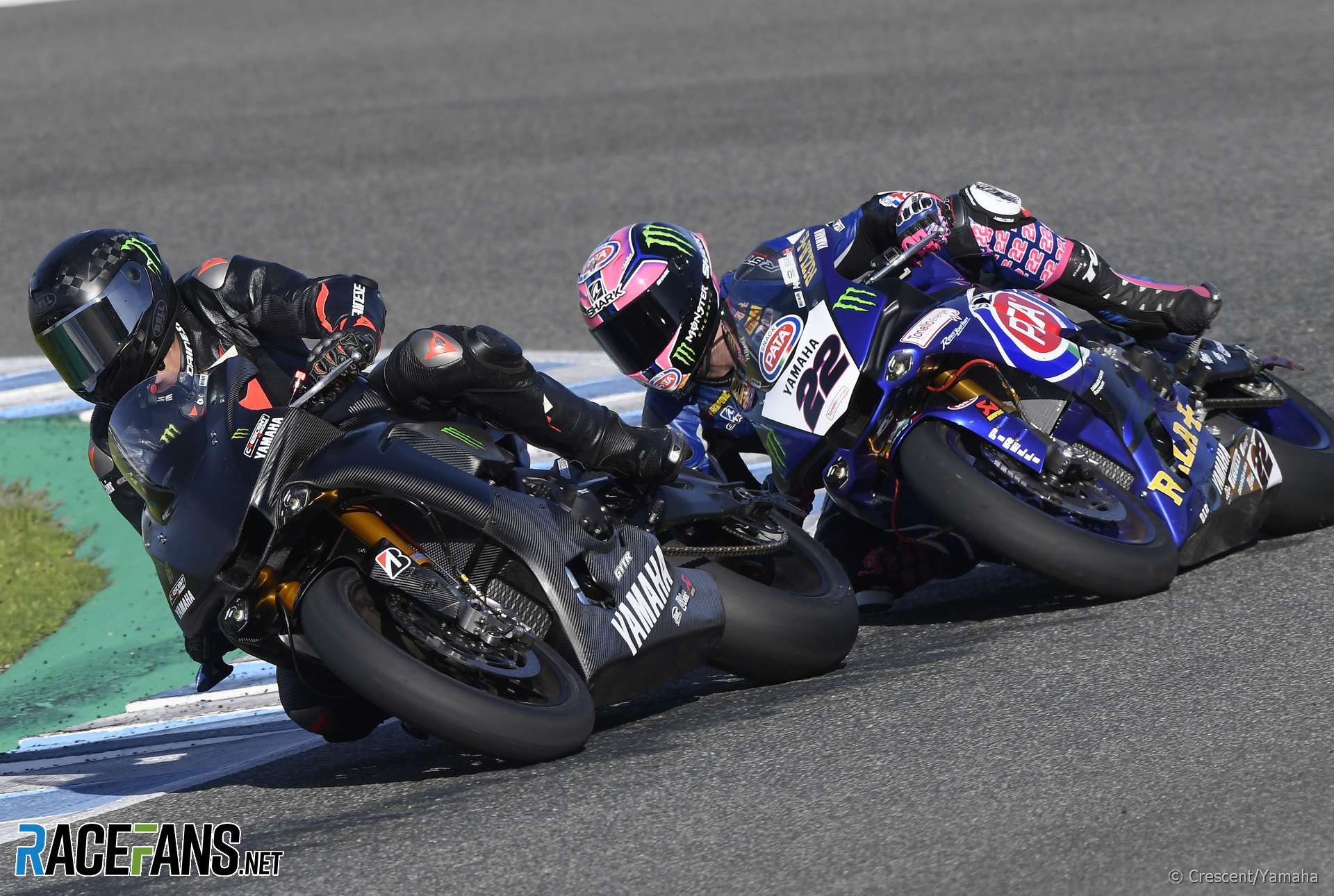 Lewis Hamilton’s performance in a Superbike test at Jerez last weekend was praised by members of the World Superbike team which ran his machine.

Hamilton made a brief mention of the test on his social media accounts, saying he had a “sick couple of days in Jerez”. He rode a Yamaha YZF-R1 of the type used by Crescent in the Superbike World Championship.

Andrew Johnston, team owner of ASJ Racing which competes in the National Superstock 1000 series, said Hamilton had previously expressed an interest in riding one of the bikes.

“He’s always had a soft spot for the R1,” wrote Johnston. “He wanted a go on mine in Barbados but ‘his management’ wouldn’t allow it for ‘insurance’ purposes.

“A genuine bloke with some kick ass talent,” he added.

60 comments on ““This bloke can really ride”: Hamilton praised after Superbike test”