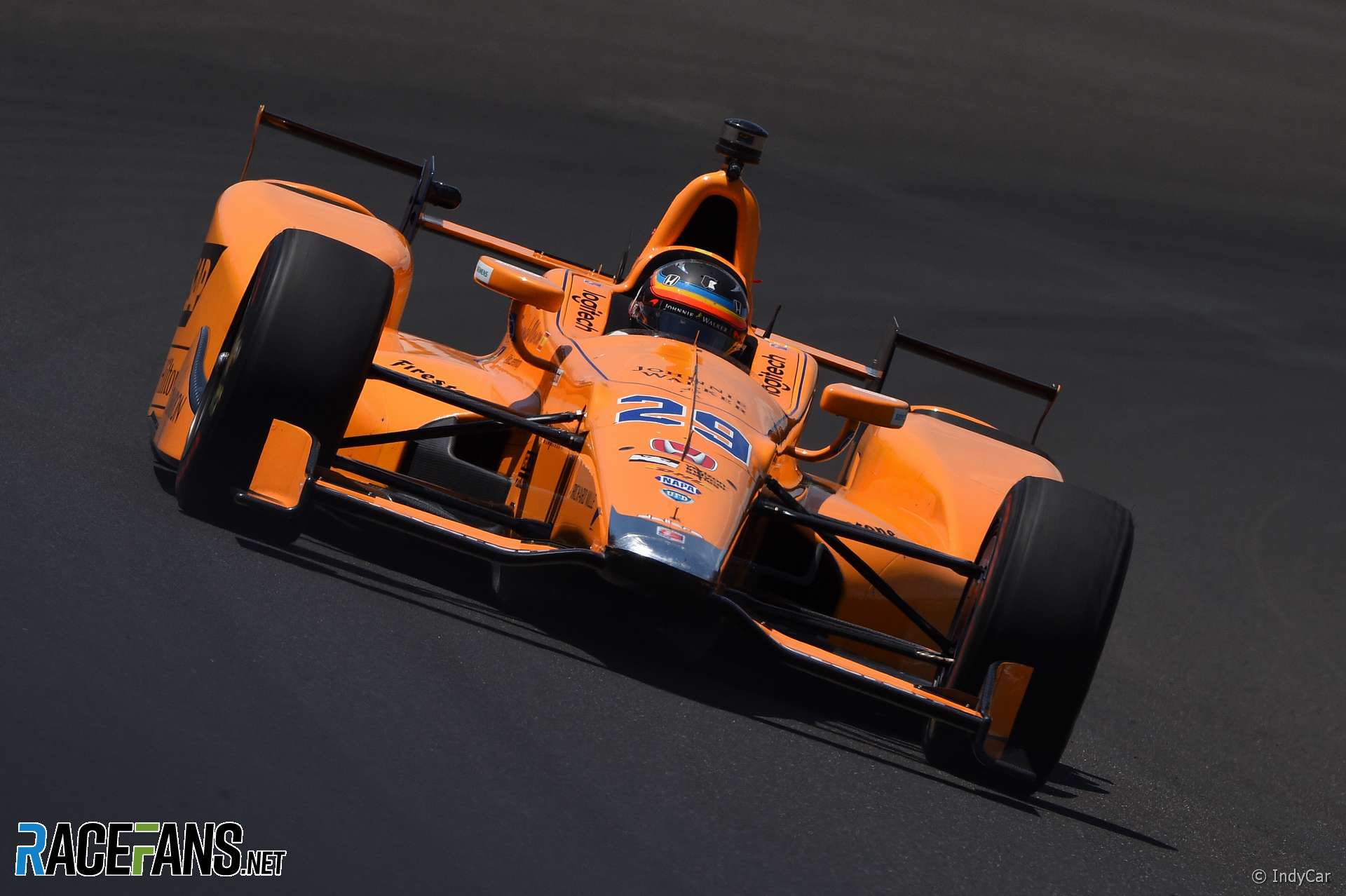 Chevrolet will power Fernando Alonso’s second attempt to win the Indianapolis 500 he returns to the Brickyard with McLaren next year, the team has confirmed.

As RaceFans revealed last month, Alonso will make the change having been powered by Chevrolet’s only rival manufacturer in the series, Honda, when he first contested the race in 2017.

“Having Chevrolet power behind me means we’re putting ourselves in the best possible position to compete at the front,” said Alonso.

Chevrolet won the Indianapolis 500 this year with Will Power and Penske. The engine manufacturer also locked out the top four places on the grid for last year’s race.

Alonso tested a Chevrolet Impala NASCAR in Bahrain last week and has also confirmed he will return to the Daytona 24 Hours next month with Cadillac, another GM brand.

McLaren IndyCar president Bob Fernley said the deal is “a key piece of our plan for the 2019 Indy 500.

“As the reigning winning engine, the Chevrolet motor puts us in a strong position to contest this incredibly challenging event. We’ve quickly established a strong working relationship with the Chevrolet team, who are absolute professionals, committed to the challenge, and true racers.”

McLaren previously used Chevrolet power for its highly successful CanAm team in the seventies. Next year’s race will be the first time the two brands have reunited in 47 years.