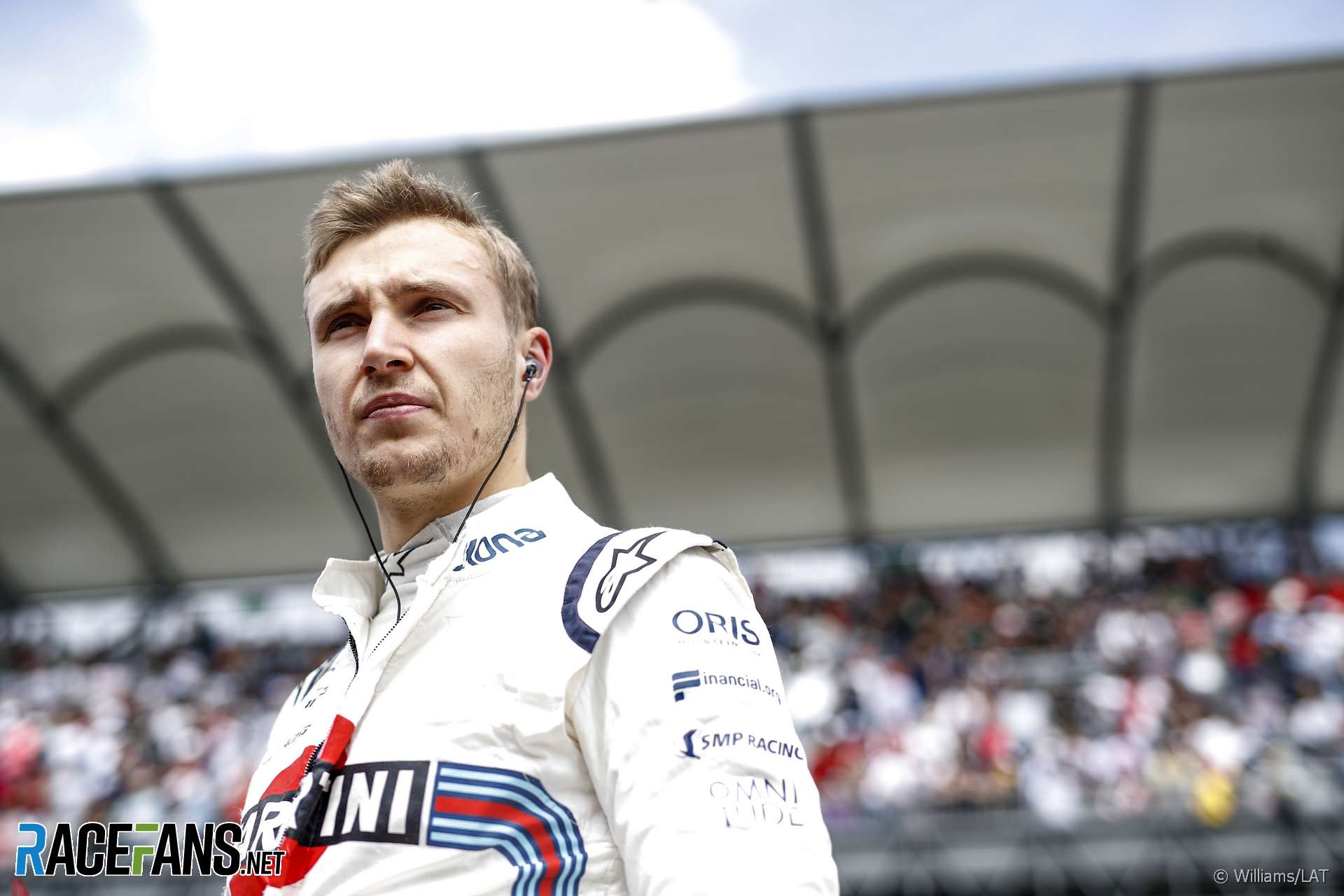 It’s perhaps harsh to rank Sergey Sirotkin last of the 20 drivers at the end of his first season in F1. After all, the Williams FW41 was a lousy car to make your debut in.

It was a painful one for Sirotkin in the opening races of the season, as his harness focused too much of the forces generated by the car in a sensitive area. The physical pain the car caused him was fixed within a few races, but by the end of the year the motivation-sapping reality of his first full F1 season has clearly taken its toll.

Sirotkin’s final race weekend was a miserable one, and not just because the team began it by announced Robert Kubica will take his place next year – he struggled badly with overhearing in the races.

The potential for a better campaign was clearly there as Sirotkin was fractionally the quicker of the two Williams drivers over a single lap. He won the qualifying battle 12-8 and averaged a slim six-hundredths of a second quicker than his team mate.

He impressed in Monaco, where he was six-tenths quicker than Stroll – his best of the year. The German Grand Prix weekend began well too with 12th on the grid, but an oil leak thwarted his race, by which point Stroll had already got ahead by virtue of the pit stop ‘undercut’.

Ultimately Stroll bagged the better results of the pair and it wasn’t just a case of him happening to be ahead when more of their rivals retired. Sirotkin managed three top-13 finishes, less than half as many as his team mate.

With a better, more consistent car we might have seen more from Sirotkin. This was a tough year for a new driver in a Williams – a thought which must prey on George Russell’s mind.

Wasn’t that bad a rookie season for Sirotkin. He was consistently quicker than his more experienced team mate in qualifying although he does need to work on his race starts and craft. He actually put in strong performances that were sometimes masked by pure bad luck. I though his qualifying performance in Monaco was outstanding.
@Todfod

What’s your verdict on Sergey Sirotkin’s 2018 season? Which drivers do you feel he performed better or worse than? Have your say in the comments.