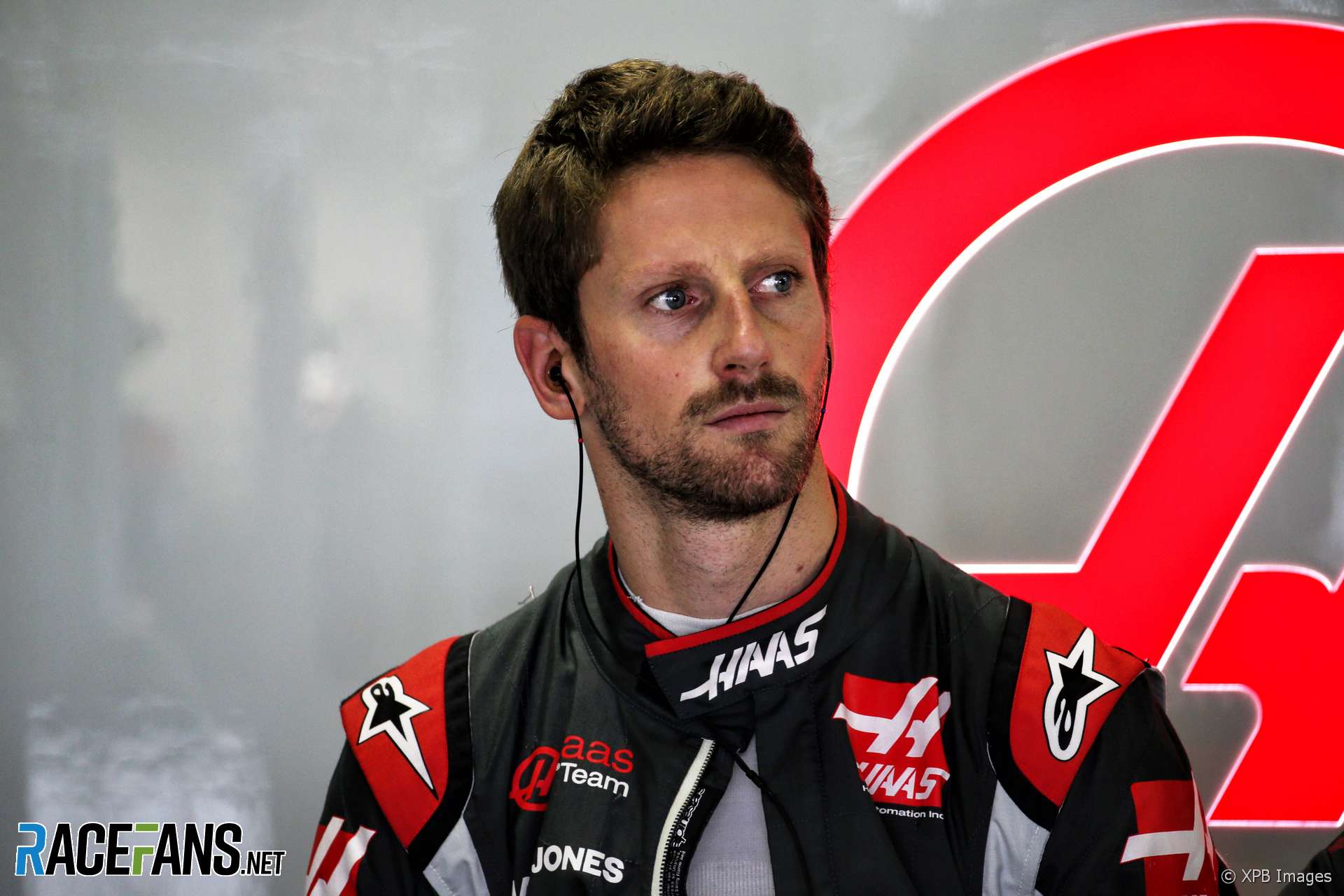 Having been last in the RaceFans F1 driver rankings at mid-season, Romain Grosjean’s improved form in the second half of the year merits a slight rise. But it’s clear he and his car were capable of much more this year.

His litany of errors before the summer break included a crash behind the Safety Car in Azerbaijan, spinning into the pack in Spain, collisions in qualifying and the race at his home round, and further prangs with his team mate and Carlos Sainz Jnr at Silverstone.

No shortage of ammunition for Grosjean’s critics, then. But he was equally capable of wringing the best from the Haas VF-18 and taking it places Kevin Magnussen couldn’t.

He scored the team’s best result of the year in Austria with fourth place having out-qualified Daniel Ricciardo’s Red Bull. At Hockenheim – which he called the turning point in his season – Grosjean picked up five place on a damp track at the end of the race to finish sixth.

Suzuka was a great and widely under-appreciated performance. A fire at the back of his car early in the race left him with badly-damaged suspension and a loss of tyre sensor information. Yet he wrestled the car to eighth place, losing only one position to Sergio Perez.

But Grosjean frustrated much more often than he impressed in 2018. He was given a swingeing penalty for repeatedly ignoring blue flags in Singapore and another collision with Leclerc in Austin left him perilously close to a race ban. At times – such during as his furious complaints about Leclerc’s entirely legal driving at Paul Ricard – you had to wonder if some of his problems are caused by him not knowing the rule book as well as he should.

Haas kept their faith in Grosjean but you only have to look at his points score compared to Magnussen to understand why the fourth-quickest car of 2018 ended the year fifth in the points. Grosjean’s three best results – a fourth, a sixth and a seventh – were exactly the same as Pierre Gasly managed in a much less competitive Toro Rosso.

After an excellent couple of years, has slid back into “first-lap nutcase” territory again recently. Far too many silly accidents show why he has never earned a top drive. Spain was a particular low point.
@Pwaa

What’s your verdict on Romain Grosjean’s 2018 season? Which drivers do you feel he performed better or worse than? Have your say in the comments.