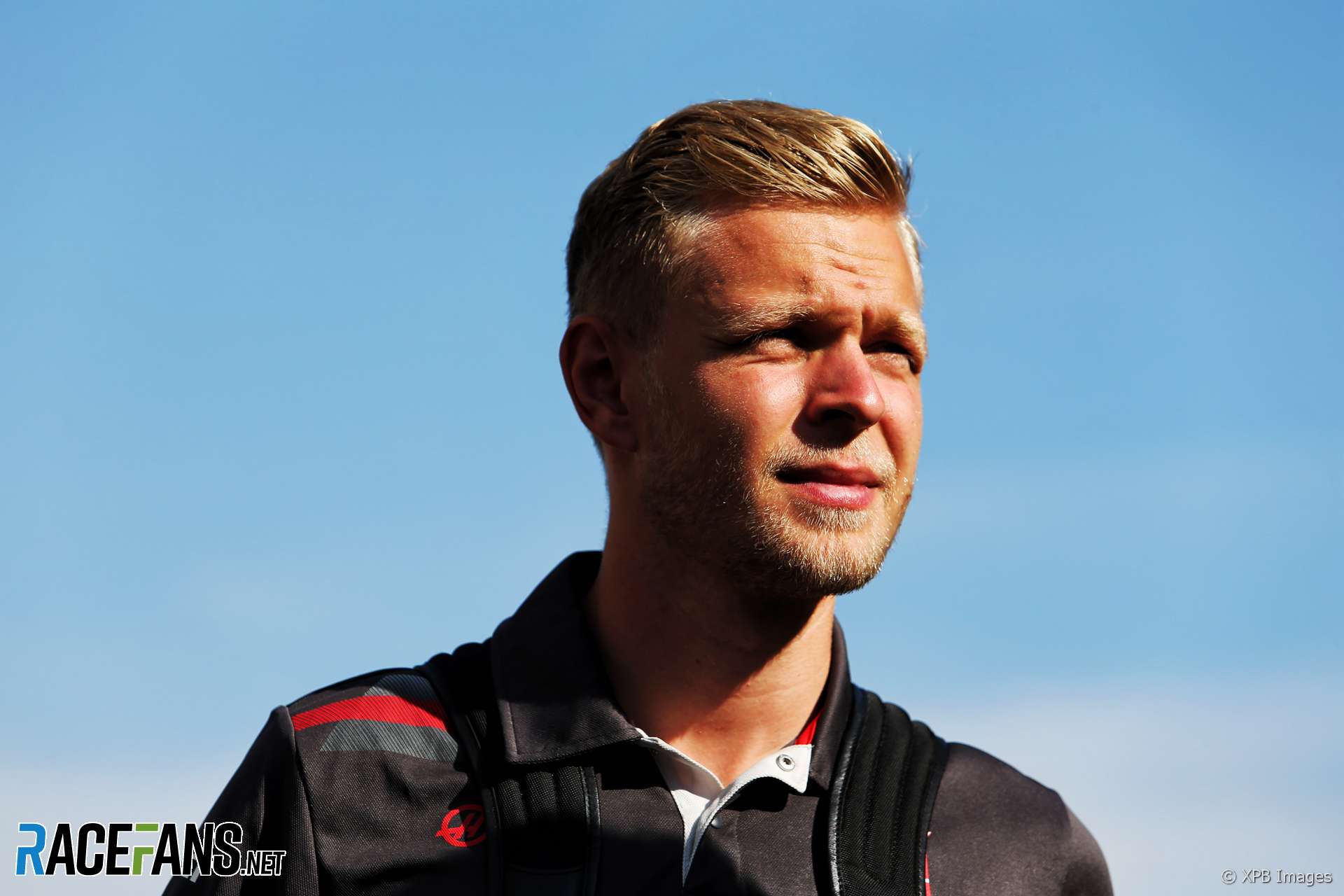 The Haas VF-18 was capable of more than either driver got out of it. Kevin Magnussen delivered the points it merited more regularly than Romain Grosjean, but there were still puzzling days when he was well off the pace.

This was the first time in his entire motor racing career that Magnussen had driven for the same team in two consecutive seasons. The consistency seems to have agreed with him, as he produced a career-best ninth in the drivers’ championship and was the team’s top points-scorer. But in a car which was regularly fourth-quickest, he nonetheless ended the year behind drivers from five different teams.

His opening races set the standard. Magnussen was running fourth ahead of Grosjean in Australia when a pair of disastrous pit stops put both out. He bounced back by delivering a strong fifth in Bahrain.

He collected another point in China, though this was one of those races where he benefited from being out-qualified by his team mate, as F1’s perverse tyre rules allowed Magnussen to start on new rubber.

Though Grosjean made heavy weather of his season, he was the quicker of the two, by an average of 0.12s once outlier results are taken out of calculation. Magnussen led the way initially – he was 7-3 up at the summer break – but he only out-qualified Grosjean once after the summer break and ended up losing 11-8.

The initiative swung sharply between the two. Magnussen was consistently ahead in Hungary, but well off his team mate at Monza and miles behind in Singapore. His uncompromising approach to race craft cost him at times as well, leading to various run-ins with his rivals which cost him more points.

It was telling that Magnussen followed Grosjean home in the final two races. Both Haas drivers struggled for consistency this year, but Magnussen much less so than his team mate, which is why he ended up ahead.

Was very good at the beginning but seemed to struggle when season progressed.
@Huhhii

What’s your verdict on Nico Hulkenberg’s 2018 season? Which drivers do you feel he performed better or worse than? Have your say in the comments.