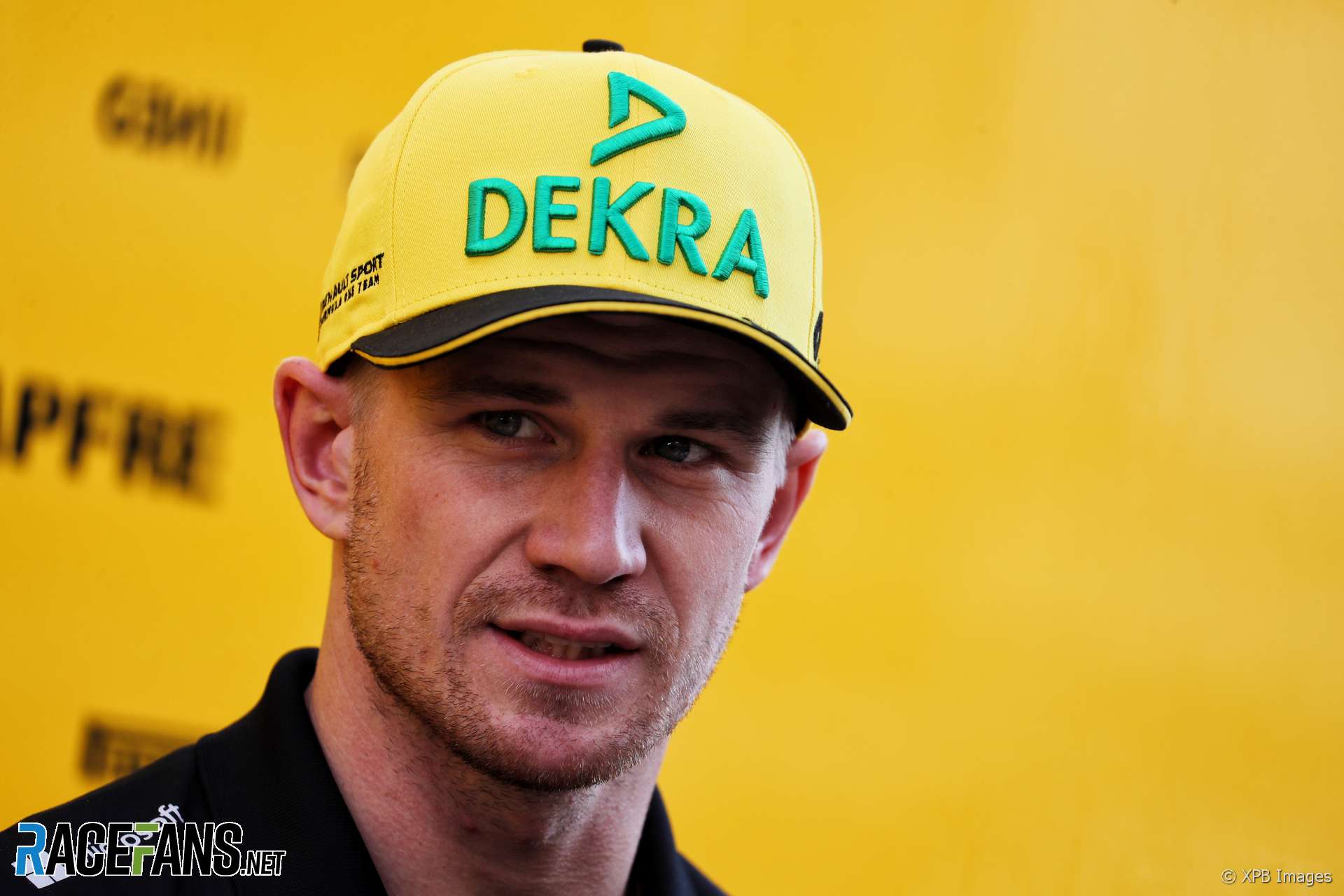 Nico Hulkenberg’s second full season at Renault was a year of feast or famine. When the car was up to it he usually delivered strong results. But he was absent from the points in nearly half of the races and had rather too many crashes.

He ended the season as top midfielder – or ‘Formula 1.5 champion’ – but had the potential to do so rather more emphatically.

A seventh and two sixths from the opening races put him at the forefront of this group. The came Azerbaijan, where Hulkenberg observed his annual tradition of missing a chance to finish on the podium. He was running fifth when he crashed; third place eventually went to Sergio Perez, who was seven places behind Hulkenberg when the Renault hit the wall.

This was the first in a series of prangs for Hulkenberg. By far the worst came at Spa, where he badly mid-judged his braking at the start and wiped out Fernando Alonso and Charles Leclerc. His weekend had already been spoiled by a power unit change; the crash earned him a penalty for Monza. He hit the wall again at Suzuka and ended his season early when he turned in on Romain Grosjean at Yas Marina, flipping onto his roll hoop.

Had it not been for errors like these he might have led the midfield home more often. Even so he did so six times, which no one else managed more than twice.

His first ‘best of the rest win’ came in China, where thanks in part to the Safety Car he was running close enough to the front runners to be able to pass Sebastian Vettel’s wounded Ferrari late in the race. Hulkenberg peaked with fifth at his home race, showing his usual superb touch in mixed conditions.

However he only made three further visits to the points in the second half of the year. This was partly down to those incidents (only Grosjean had as many race-ending collisions, though to be fair he was to blame for Hulkenberg’s Catalunya exit), a couple of technical faults and Renault’s slump in form in the latter races.

For years Hulkenberg has been widely regarded as one of the best F1 drivers not to have had a chance with a front-running team. Next year he will be up against a multiple race-winner when Daniel Ricciardo arrives. He won’t be able to afford as many missed opportunities then.

Retired seven times to his team mate’s two, yet he still managed to finish ahead in the standings and best of the rest. Still has to wake up in the morning knowing Stroll has a podium finish and he doesn’t.
@Johnmilk

What’s your verdict on Nico Hulkenberg’s 2018 season? Which drivers do you feel he performed better or worse than? Have your say in the comments.