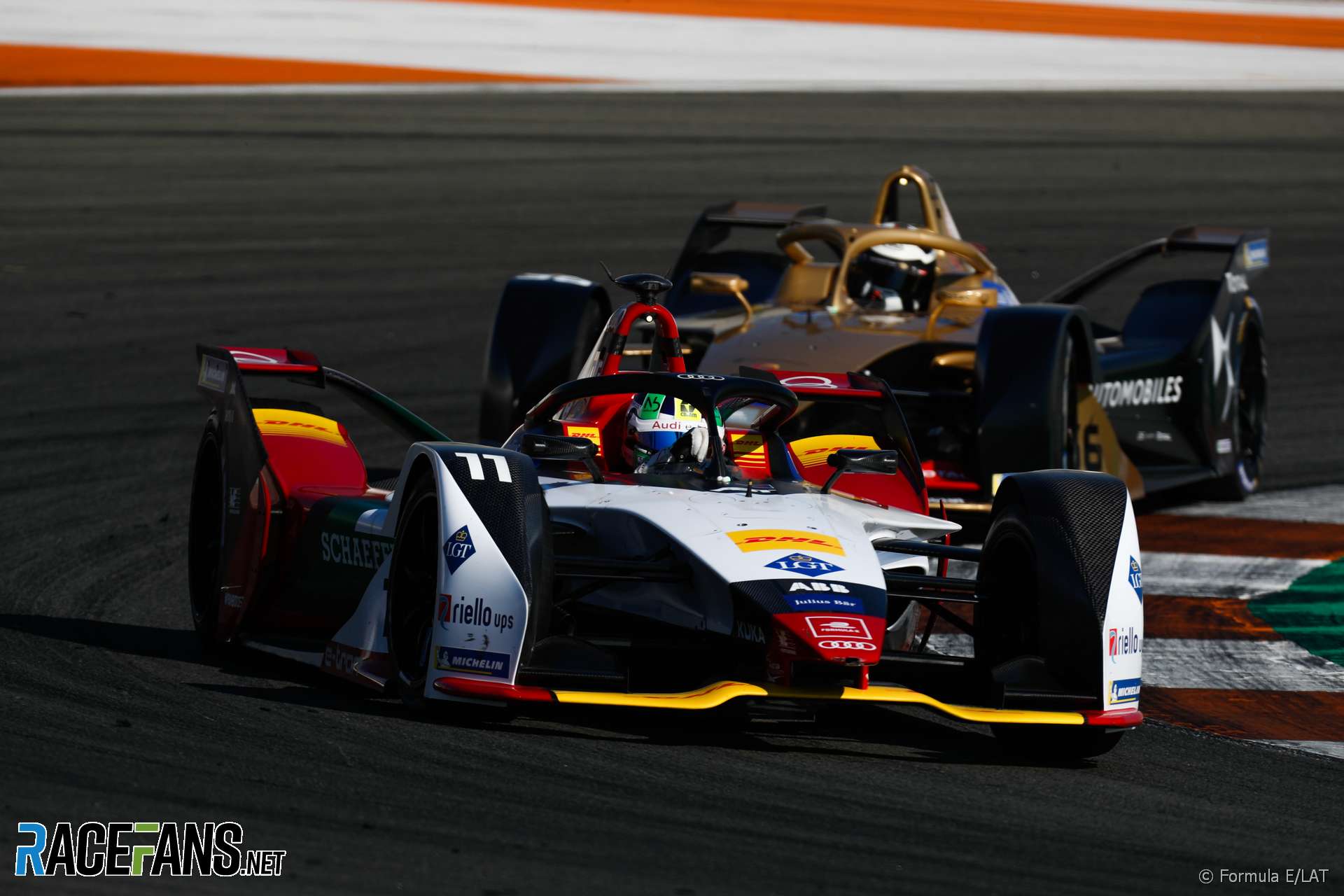 Formula E’s first four seasons were its ‘first generation’. That such a radical concept has made it so far is remarkable, but it intends to go much further, starting with the first race for its second-generation car this weekend.

Many great new ideas for single seater championships did not make it to the grid, let alone through a first season. But despite a few close calls, Formula E is not only cementing its position, but increasingly being spoken of as Formula 1’s inevitable future rival.

During its first four seasons, development of the technology and racecraft was primarily left to the teams, manufacturers and drivers once the initial Dallara chassis and Williams battery had been agreed.

After those four seasons, however, Formula E is taking a step forward. The spec elements of the first car were, it would be fair to say, hastily assembled as the scramble to put together 40 vehicles in time for the first season got underway. Since then, the series has wanted to revisit and redevelop that technology, creating a more elegant car and a more distinct look as well as pushing the limits of the series in line with developing road electric vehicle technology.

When Formula E began four years ago the world’s top-selling electric road car, the Nissan Leaf, was rolling off the production line with a 26kWh battery. Consequently, Formula E set theirs at 28kWh, to promote the idea that efficiency lessons learned from racing technology could translate into mass-produced vehicles.

This limitation led to the need to swap cars halfway through race distance, creating a spectacle you either think of as iconic and important to revive at the Goodwood Festival of Speed 2048 or an embarrassing abomination against racing. Today, the Leaf ships with a 40kWh battery – and Nissan themselves have entered Formula E, replacing alliance partner Renault.

Likewise, during the early seasons it wasn’t clear how far batteries could be pushing during races – both in terms of what temperatures it would be safe for them to sustain and how long they could hold out. Williams Advanced Engineering’s experimental battery worked, taking the race cars well over 55,000 kilometres without a failure on-track and paved the way for a more robust system, not only in terms of storage capacity but in output and regeneration potential. Racing has improved the breed.

This has brought us to the second generation Formula E car, affectionately dubbed ‘Batmobile’ for obvious reasons. It is designed to provide a new testing ground for road EV development for at least the next two seasons of Formula E, with it successor already at the research stage.

With a maximum output and regeneration of 250kW, a top speed somewhere well in excess of 230kph (dependent on powertrain, circuit and driver nerves) the ‘Gen2’ car is much more robust, aggressive racer.

The now-mandatory Halo safety device was a key part to designing the car. Mimicking the push-to-pass lights in Japan’s Super Formula championship, an LED array on the Halo will be used during races to indicate what mode a driver is using and whether they have activated extra energy output.

By increasing its battery size, as well as the potential regeneration a driver can get under braking, Formula E has done away not only with the car swap but pit stops entirely. Races will therefore have a completely different character.

the championship’s other restrictions including a limit of just two sets of Michelin’s treaded all-weather tyres per car per day of an Eprix, to be spread across two free practice sessions, qualifying and the race.

Without tyre changes or car swaps, where will the tactical element come from? The series has decided to move to a timed race of 45 minutes plus one lap, timed to whenever the race leader crosses the start/finish line after 45 minutes has elapsed. In principle, it sounds straightforward but a leader with plenty of energy left, under pressure from a rival, could choose to speed over the line at 44:59, extending the race and leave energy-starved drivers high and dry.

Equally, someone waiting for that scenario who discovered a sluggish leader coasting across the line well after 45 minutes might find they had a single lap left to make a large amount of energy count. It keeps strategic decisions in the drivers’ hands but allows the teams to have input, communicating energy targets and tactical usage.

Especially when you take into account the much-vaunted Attack Mode. While Formula E CEO Alejandro Agag likened this to being something out of Mario Kart, the benefit of Attack Mode is it offers a way to prevent Formula E tracks being over-simulated.

With large manufacturers entering the sport, Formula E made a bid to ban data transfer to ‘mission control’ rooms, as in Formula One. This failed, as some of the larger marques wanting to take full advantage of their racing facilities in order to remodel and reprogram data within sessions.

The compressed schedule of a Formula E weekend leaves less far time for teams to have their simulators running than in F1, whose competitors have a 48-hour stretch from first practice to the race.

Now Attack Mode essentially knocks pre-programmed racing on the head in Formula E. Drivers and teams will be informed, an hour before the start of a race, where the Attack Mode activation zones are – areas of the track that, if run through, allow an extra 25kW of power to be engaged.

It keeps the action trackside – both visible via the drivers’ moves and as a tactical dialogue with the teams, letting smaller outfits continue to compete with manufacturer resources.

So what can we expect?

At the moment, no one has any idea. A simulated race at Valencia testing told us very little, being both disrupted and at an unrepresentative circuit, with no qualifying procedure. The first race weekend of the year will be a voyage into the unknown. The same also goes for the venue, as Formula E is breaking new ground with its first race in Saudi Arabia this weekend.

The race comes at a time when the country is relaxing its notoriously strict laws on women’s rights, which until recently forbade them from driving. Saturday’s race will be followed by a test at which each team can run an extra car for a female racer, and most are taking the opportunity to do so. However the country’s human rights record remains a concern for many, especially in the light of the murder of journalist Jamal Khashoggi by Saudi agents earlier this year.

The rest of the schedule is more compressed than before, with shorter gaps between several of the rounds. There will be only one double-header, the season finale in New York.

There’s been a shake-up on the entry list as well, with no fewer than five rookies making their debuts this weekend. Every Formula E championship so far has been won by an ex-Formula 1 driver and in Felipe Massa the series has attracted its most high-profile convert so far. Stoffel Vandoorne joins fresh from McLaren along with former Mercedes junior driver Pascal Wehrlein, plus Gary Paffett and Maximilian Gunther.

For them and the contingent of new teams and manufacturers, Formula E’s overhaul represents an ideal opportunity to join as they shouldn’t have as much catching-up to do.

F1’s growing manufacturer appeal is reflected in the arrival of three new brands and one entirely new team. It’s probably the best time to come in, as it coincides with the new hardware and race format. Whether Formula E’s new generation will propel electric racing to a new and wider audience we will begin to discover on Saturday.