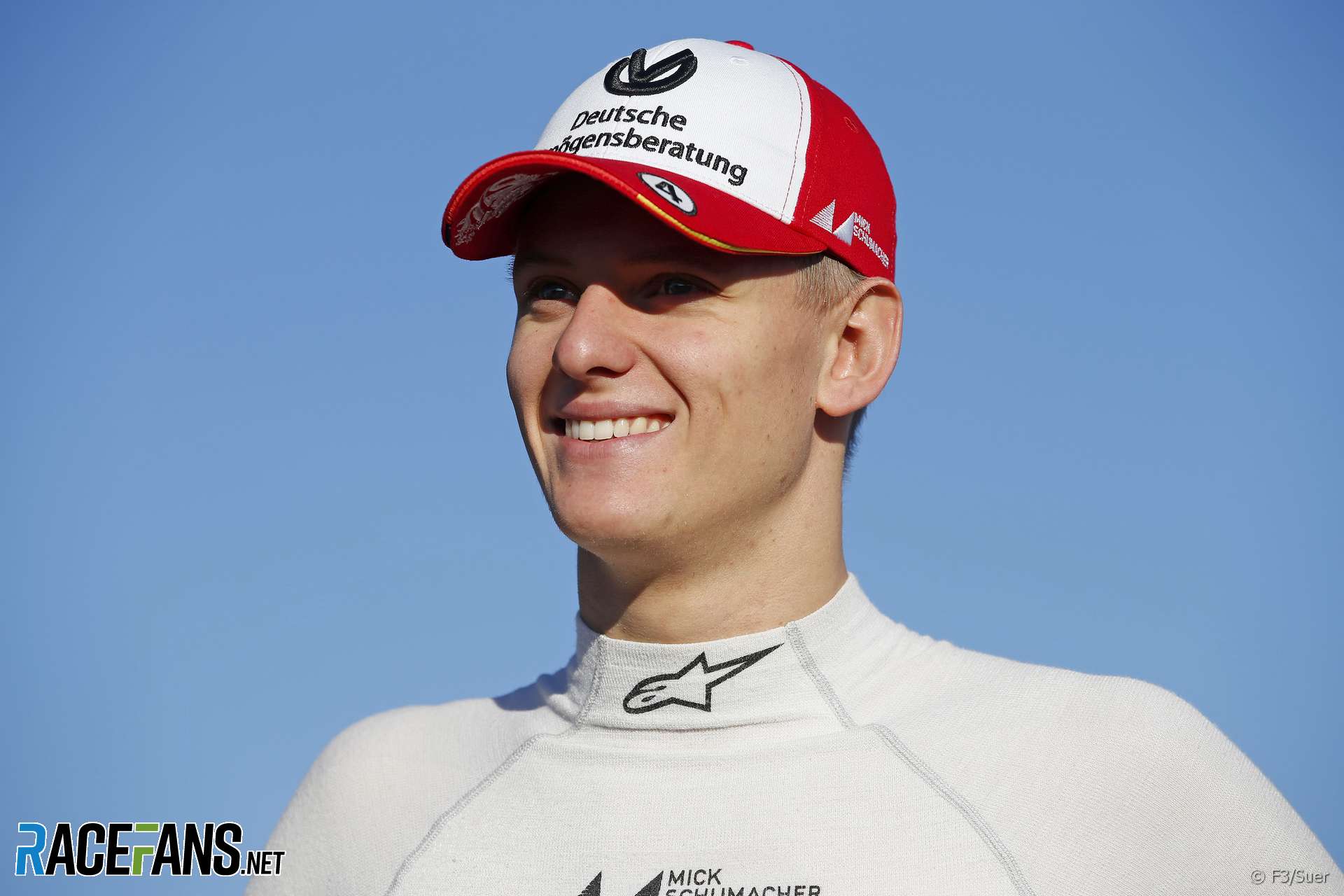 In the round-up: Mercedes team principal Toto Wolff says he believes Mick Schumacher has the potential to succeed in Formula 1 in the future.

Mick Schumacher will move up to Formula Two with Prema:

[At] Mercedes we have a very positive outlook, a positive relationship with young drivers. Michael Schumacher started as a Mercedes young driver in sports cars and became the best of all times. And in the same way today we’re looking at very young drivers like we did in the past with Pascal Wehrlein and Esteban Ocon and George Russell. And we hope to see these kids graduate successfully into Formula 1 and make hopefully long careers and hopefully one day stay in a Mercedes. And I personally take a lot of enjoyment watching them come together with coaching them, mentoring them with our group. And I think it’s very important for Mercedes to play a role in the young driver programme.

As for Mick Schumacher he won the Formula Three championship this year with a Mercedes engine which is great but he’s not part of the Mercedes-Benz junior programme. I think the most important is to give him time. He has this incredible legacy of having a father who was the most successful racing driver of all time. He’s won F3 so he’s ticked the box. Now it’s going into F2 which will be very difficult again, against many experienced drivers. But I have no doubt that he has the potential to be a successful driver in Formula 1, maybe one day with us, maybe not. But an exciting young man, definitely.

Great last few days of the year in Woking with @mclaren . Enjoying the work and the effort everyone is putting. Time for some rest!

Can you tell that @Motorsport has a commercial relationship with McLaren?
The blurring of the lines between paid content (whether directly or indirectly) is a genuine threat to the Motorsport community, given the increasing monopoly of its media.
This isn't ok pic.twitter.com/d8Me7QhT9Y

"I think what makes things interesting in Formula E, and I really hope it happens with me, is that many drivers are able to win the race."

"In F1, you've got exceptional people, but maybe not the whole grid is the same. But in Formula E, if you look at what they've achieved, a lot of them deserve to be in F1 at some point or another."

"Silverstone-based F3 specialists, Hitech GP, will provide a full race operation package to W Series, including preparation, shipping and all trackside requirements. Hitech GP will also supply race engineers and pit crew for each of the cars."

"Yes, the battery-powered cars don’t grunt, roar or send chilling vibrations throughout your body as their ‘engines’ start up, but they don’t pretend to either. Instead they make more of a jet engine sound."

It’s a stupid rule that does nothing but put teams at the tail end of the top 10 at a disadvantage compared to those immediately behind.

As to adding a second mandatory stop, It would do nothing because mandatory stops never work to improve the racing. All it would do is put a greater emphasis on sitting back and trying to undercut which is the only thing the single mandatory stop we already have does. If the goal is to create overtaking then you want no stops because that is the only way you put the emphasis on going for an overtake on the track.
@StefMeister