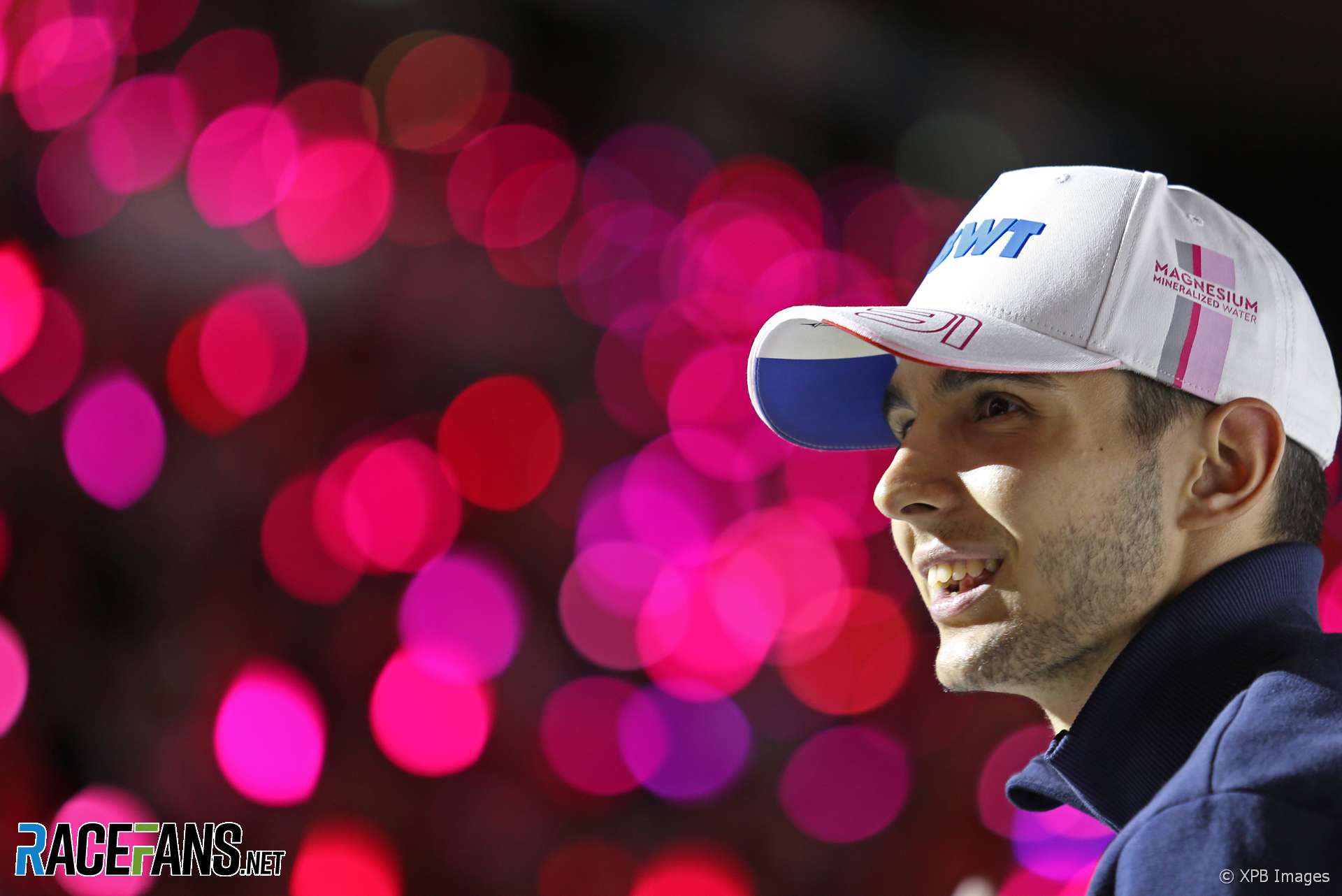 There is no question Esteban Ocon does not deserve to spend the 2019 F1 season on the sidelines. However if he wants to get his hands on a Mercedes one day there are still areas he needs to improve.

For his second full season in F1, Ocon had clearly worked on his one-lap pace. He reversed his 13-7 defeat in qualifying to Sergio Perez last year and convincingly beat his team mate over the course of the season. He also finished ahead of his team mate more often than not.

This begs the question how Perez managed to out-score him. The answer is that Perez’s sense of self-preservation was more finely-tuned than his team mate’s.

Ocon was the first of the pair to pick up a point as Force India struggled with the VJM11 in the opening races. But at Baku, a track which has always suited the team’s cars, Ocon squandered a podium chance by turning in on Kimi Raikkonen at the start. He spent the rest of the season trying in vain to make up for the 15-point windfall that came Perez’s way on that day.

Still, it was a lesson learned. After qualifying an excellent third on the grid at Spa, Ocon found himself fighting the front runners on the first lap again. This time he wisely backed out of it, though it cost him a position and ultimately fifth place to Perez.

The weekend was a turning point for Ocon as it saw Force India emerge from administration as Racing Point, from when it was inevitable he would have to make was for Lance Stroll in the team’s 2019 line-up.

This seemed to have little effect on his performance: he continued to show Perez the way in qualifying, but his efforts to overhaul him in the points standings were ultimately frustrated. A strong sixth at Monza narrowed the gap, but his hard work in Austin was undone when he was disqualified on a technicality. He spoiled his race in Mexico by needlessly tangling with Sainz.

More frustration follow in Brazil where a gearbox change penalty relegated him on the grid. He was on course to finish one place behind his team mate when he emerged from the pits behind his old karting and F3 rival Max Verstappen, who he was told to pass.

Verstappen clearly wanted to keep Ocon behind, yet the Force India driver made a bid for the inside and the pair collided. It was an unfathomable move, yet one that perhaps sent the message to Mercedes that if they ever call on his services he isn’t afraid of going wheel-to-wheel with one of F1’s toughest racers.

Had a really strong year and showed some incredible pace in qualifying. He was consistently quicker than a highly rated Perez, and could have even taken a podium if it wasn’t for his silly error in Baku. Ocon still needs improvement of his race craft, but overall he was one of the most impressive midfield drivers the season.
@Todfod

What’s your verdict on Esteban Ocon’s 2018 season? Which drivers do you feel he performed better or worse than? Have your say in the comments.