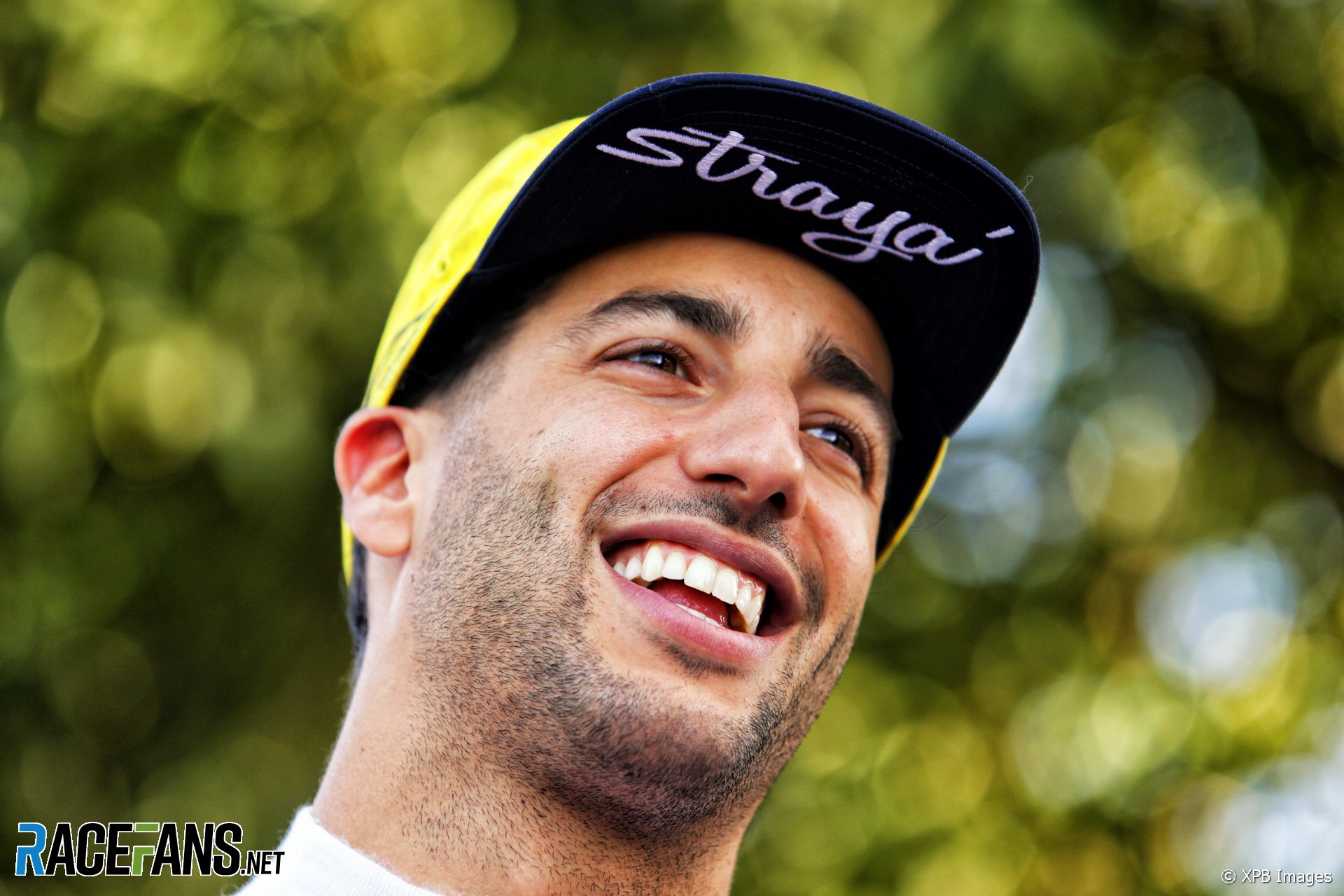 At the end of the Monaco Grand Prix Daniel Ricciardo stood on the nose of his RB14 bearing an expression of grim relief. He’d avenged his lost victory of two years earlier, and he’d done it with a tremendous drive, overcoming an MGU-K failure which deprived him of 25% of his car’s power.

What’s more, he’d seemingly cemented his position as a bona fide championship contender. He’d already won in China after a Safety Car period played into his hands. Ricciardo’s measured aggression allowed him to capitalise on the opportunity to greater effect than his team mate, who was running ahead of him when the race restarted.

When Max Verstappen skidded off trying to pass Lewis Hamilton, Ricciardo nipped through. After a few more coolly-executed new-tyre passes, victory was his.

Ricciardo left Monaco with Hamilton and Sebastian Vettel in sight despite failing to score in two of the first six races. A total electrical failure halted him in Bahrain then in Azerbaijan he tangled with Verstappen. Ricciardo had already passed his team mate once, only to drop behind again through the pit stops, and the muturally destructive crash looked inevitable long before it happened.

So six races in it was unthinkable Ricciardo would end the season without finishing on the podium again. Yet that is exactly what happened.

Plain misfortune had a say in the matter. Ricciardo had few trouble-free weekends after Monaco and suffered more race-ending technical failures than any other driver. From Austria to Italy he posted just two finishes from six races.

A case study in Ricciardo’s ill luck: He was on course to complete a Red Bull one-two behind Verstappen when a clutch problem struck him down in Mexico, having pipped his team mate to pole position. Plus, a marshal who attended to his car squirted extinguisher foam into the turbo, meaning Ricciardo had to take a grid penalty at the next race to replace it.

Prior to the summer break it seemed the questions over his future were becoming a greater distraction. Austria was a strange case: Ricciardo found himself in dispute with the team over which driver would gain the benefit of the slipstream. In the race Verstappen delivered his first win of the season while Ricciardo’s exhaust broke, putting him out.

It may have been Vertappen’s clear edge in outright speed this year which prompted Ricciardo to look elsewhere. But his dependable points-scoring made him an asset the team will be worse off without.

He wrapped up his Red Bull tenure with a fine drive to fourth in Abu Dhabi, which might have been third had his strategy not dropped him behind his team mate. It was an unfortunate way to say goodbye, and fairly typical of a season where fortune wasn’t kind to Ricciardo.

Easily the unluckiest driver out of the Top 3 teams, thanks to his countless DNFs. His win in China was one of his finest wins along with his deserved win in Monaco, after Monaco he couldn’t respond to Verstappen’s form.
@Arobbo

What’s your verdict on Daniel Ricciardo’s 2018 season? Which drivers do you feel he performed better or worse than? Have your say in the comments.