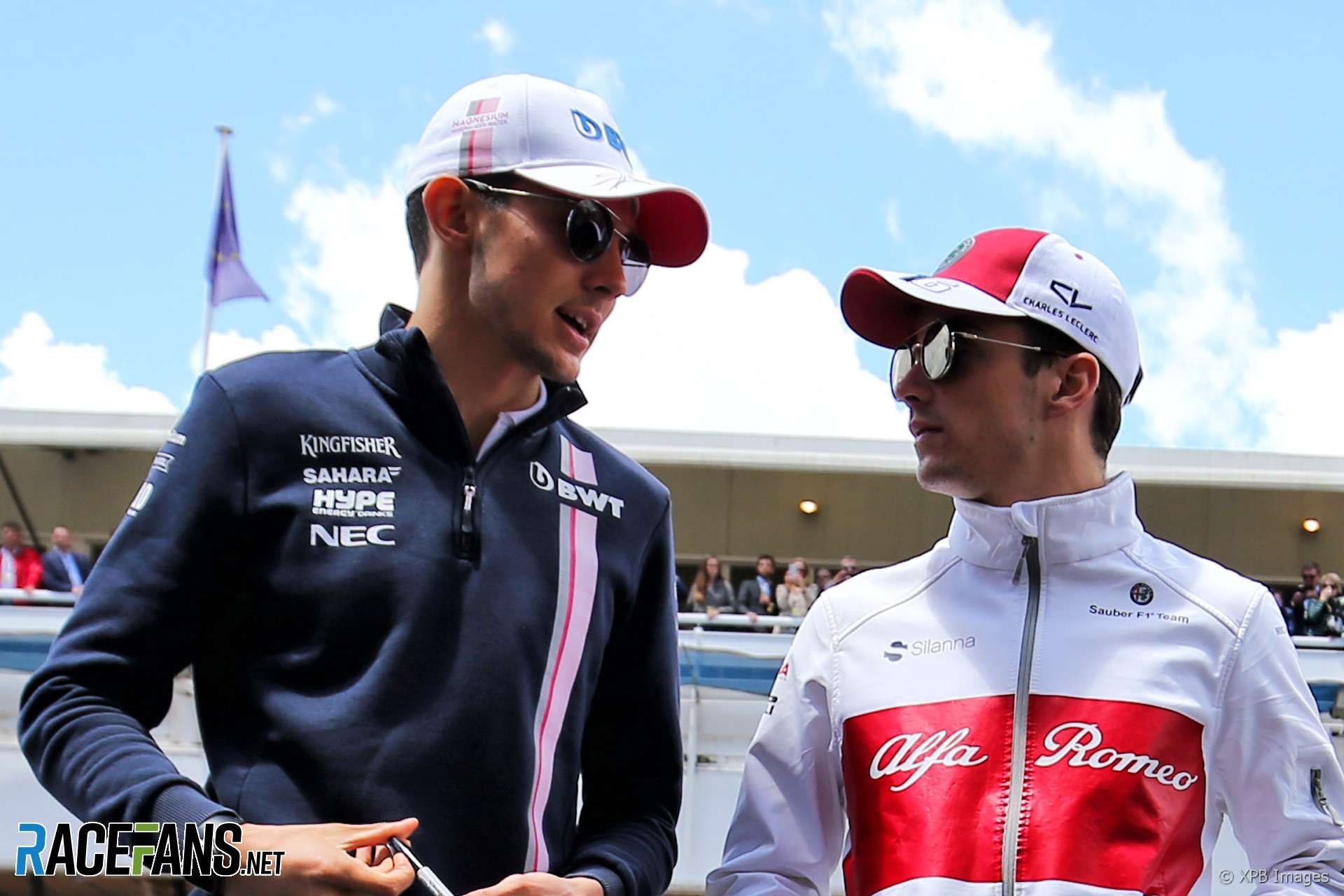 Charles Leclerc will be a championship contender in the 2019 F1 season according to his long-time rival Esteban Ocon.

Ferrari has appointed Leclerc to its team following his impressive debut season for Sauber this year. He has joined Sebastian Vettel, who finished second in the championship for the last two seasons.

“I think Charles will fight for the title next year for sure,” said Ocon. “At least it won’t be a surprise to me.”

Ocon said he rates Leclerc as one of the quickest drivers in Formula 1.

“I know him pretty well. The first race we raced together was in 2005 in mini-karts we were seven, eight years old. And we were first and second and I was on the inside and we crashed in the last corner of the last lap so he didn’t finish and I finished like sixth or seventh. That was the first time we met and all our career we’ve been fighting like this together.

“I knew he had a very good talent from day one. He’s one of the quickest guys out there. I think he will show that next year, definitely.”

“I think you will see that Pierre and Charles are going to fight for wins and podiums. Probably the mentality of Formula 1 is going to change with that, seeing that young drivers can do the job too. That’s going to only help the younger ones coming in.”