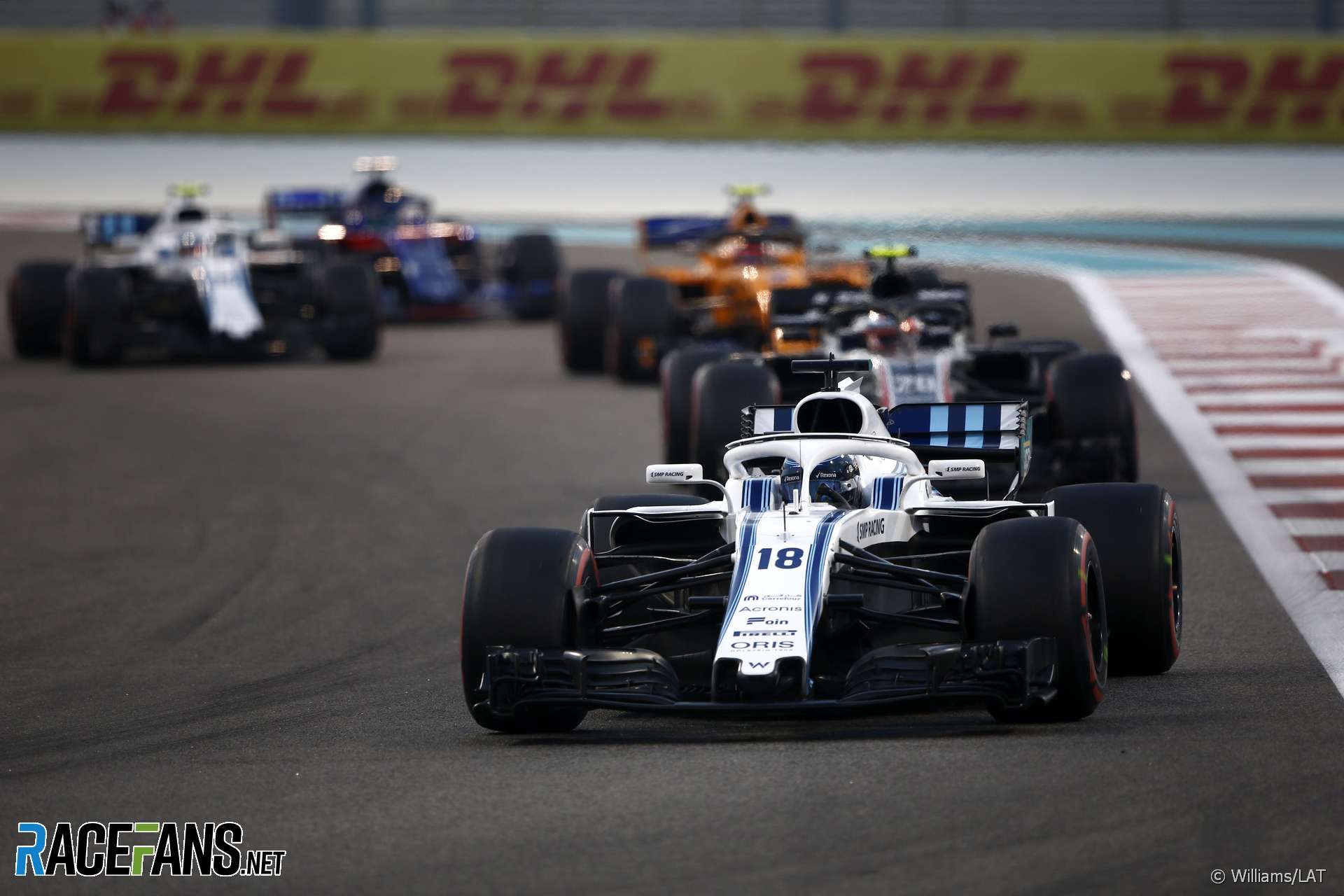 In the round-up: Lance Stroll explains how he managed to gain more places on the first lap than any other driver for the second year in a row.

Stroll made up a net total of 36 places on the first lap of races during 2018:

High risk, high reward! No, it hasn’t really been risk. It’s just been, I’ve just positioned my car well first lap. One thing we are good at is launches off the line, that’s an area we have been strong over the last couple of seasons. I’ve taken advantage of that and been wise on the opening lap.

Renault will hold a 'season launch' (note: not 'car launch') on February 12th.

McLaren Special Operations has produced a bespoke version of the P1 GTR for a client in tribute to Ayrton Senna’s 1988 world championship victory for the team.

Interview: Szafnauer on the reinvention of Force India (Racer)

"Toro Rosso and Red Bull said they’re going to collaborate much more so than they have in the past. They’ve got the same powertrain, which will allow that collaboration, and I worked with Honda; I know they will work tirelessly and without any financial bounds to produce the best powertrain in F1."

"He has had moments of discouragement, we know, but it would be absurd to question him. He will recover, a champion will not forget how to drive."

"I just want to be the best driver. I think the woman part comes by itself."

Hamilton misspoke on Stevenage’s ‘slums’. In fact, this town can teach us a lot (The Guardian)

"There was no shortage of racism in Stevenage. But the town simply hadn’t been around long enough for that racism to embed itself institutionally, which is one of the two main reasons why I think it has produced so many successful black people, of whom Hamilton is just one."

Do you like the idea of an F1 race in London?

I think a London Grand Prix would be quite interesting and the city is so large that it would feel like London irrespective of having a shot of Big Ben in the background of turn one (I can see it from my office window right now and it’s still covered in scaffolding so I doubt there’d be much clamour for it anyway).

One major sticking point would be the quality of the roads, which are pretty appalling everywhere. The only ‘space’ where there is room to make road improvements without annihilating day-to-day traffic is probably Stratford (the Olympic park) and that would be the least inspiring location (albeit vaguely iconic given the Olympic infrastructure is still mostly there).

Personally, I like the idea of doing the race in the vicinity of Crystal Palace. For starters they did actually used to have a racing circuit there. it also has some significant elevation change, a huge park for spectator/paddock facilities. plus it’s away from the centre so it wouldn’t cripple public transport and annoy to NIMBYs. It’s pure fantasy of course, but it’s a (barely) cogent fantasy and what more could you ask for?
@frood19