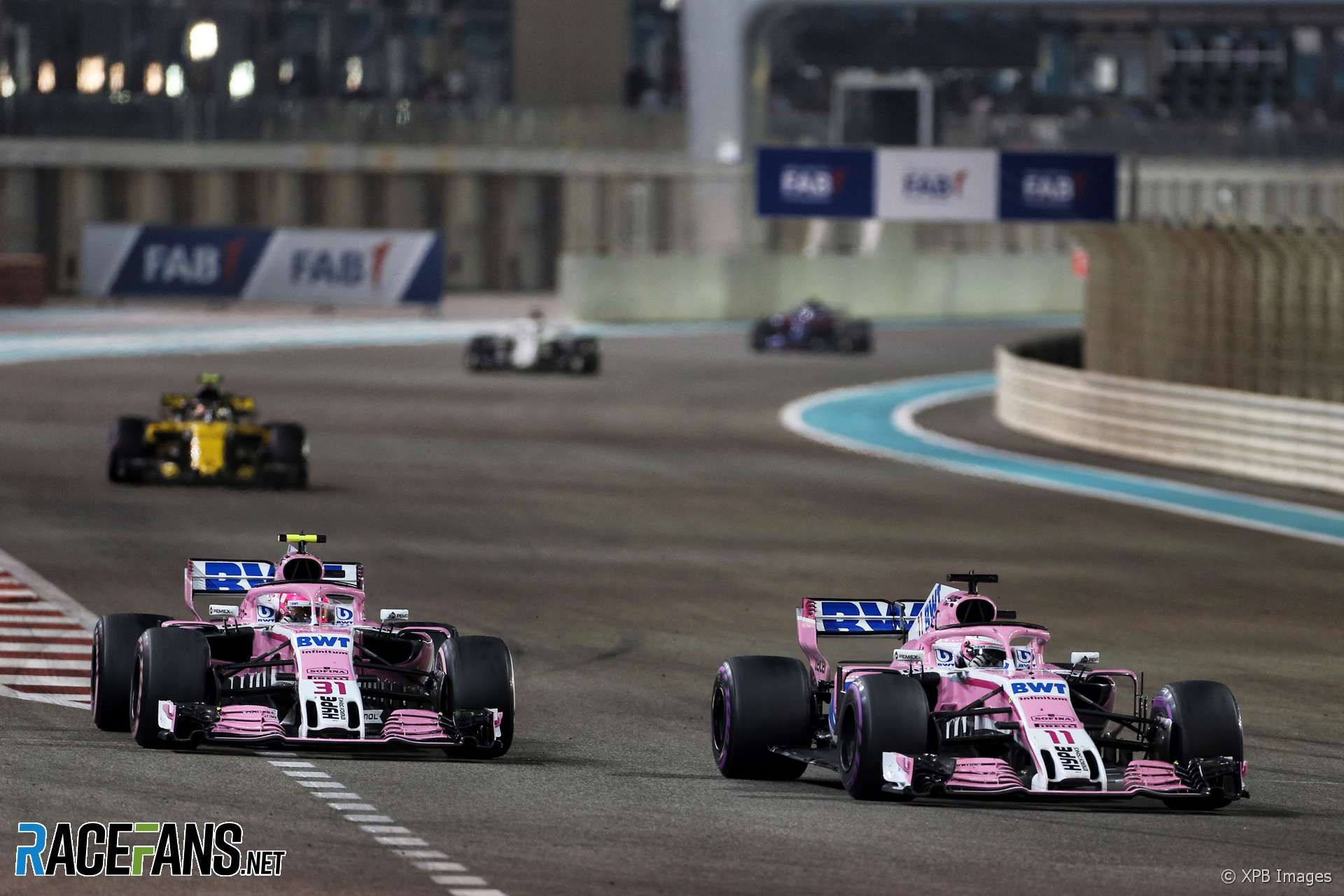 In the round-up: Sergio Perez admits his team mate had the edge on him in qualifying this year but believes he was faster than Esteban Ocon in race conditions.

Perez out-scored Ocon but took the chequered flag behind him more often than not:

We’ve been loving your answers! This part is officially known as a front suspension rocker and this one is from 2008! pic.twitter.com/NmJmOLSAaF

"Max Verstappen was an impressive second, having had a stunning end to the year with five straight podiums. That’s two places higher than the Red Bull driver finished in the drivers’ standings."

"There are no mistakes allowed in Formula E - in Formula One you have hundreds of laps before you get to Qualifying, where you have more laps, so it's quite easy to extract the best from your car."

"On the warm up lap during qualifying, approaching the final corner before gunning it I thought to myself 'sh*t, this could be it! This could be one of the most important lap of my career' and then still, while driving over the line to start my lap thinking 'blimey, this is quite a lot of pressure'. But the second I hit the brakes into turn one, all of those thoughts had disappeared and I produced one of my best laps of the year."

"Probably my best whole race weekend was Suzuka. I got a point, I feel that weekend I extracted everything there was from that car, I overtook four or five people in the race."

"Liberty Media Formula One Series A (NASDAQ:FWONA) CEO Gregory B. Maffei bought 3,500 shares of the business’s stock in a transaction on Monday, December 3rd."

Aware of IndyCar challenge ahead, Hanley eager to get started (IndyCar)

"We’ve got no experience in Indy cars from an engineering or driving point of view, so it’s going to be an uphill task. We’re viewing it as a long-term project, which is the correct way to do it."

"The Netherlands will be represented by Van Amersfoort Racing, Germany by Motopark and Mücke Motorsport. Double R Racing and Fortec Motorsports will race for the UK and Jo Zeller Racing from Switzerland will make its comeback in international motor racing."

That being said it wasn’t *too* long ago that Sauber were even more competitive than this year. When their star driver Perez also left for one of the big teams and promptly fell flat. Not saying the same will happen to Leclerc, but it just goes to show the swings in F1 are wild and anything can happen.
Tristan (@Skipgamer)

26 comments on “Perez: Ocon quickest in qualifying but I was faster in races”