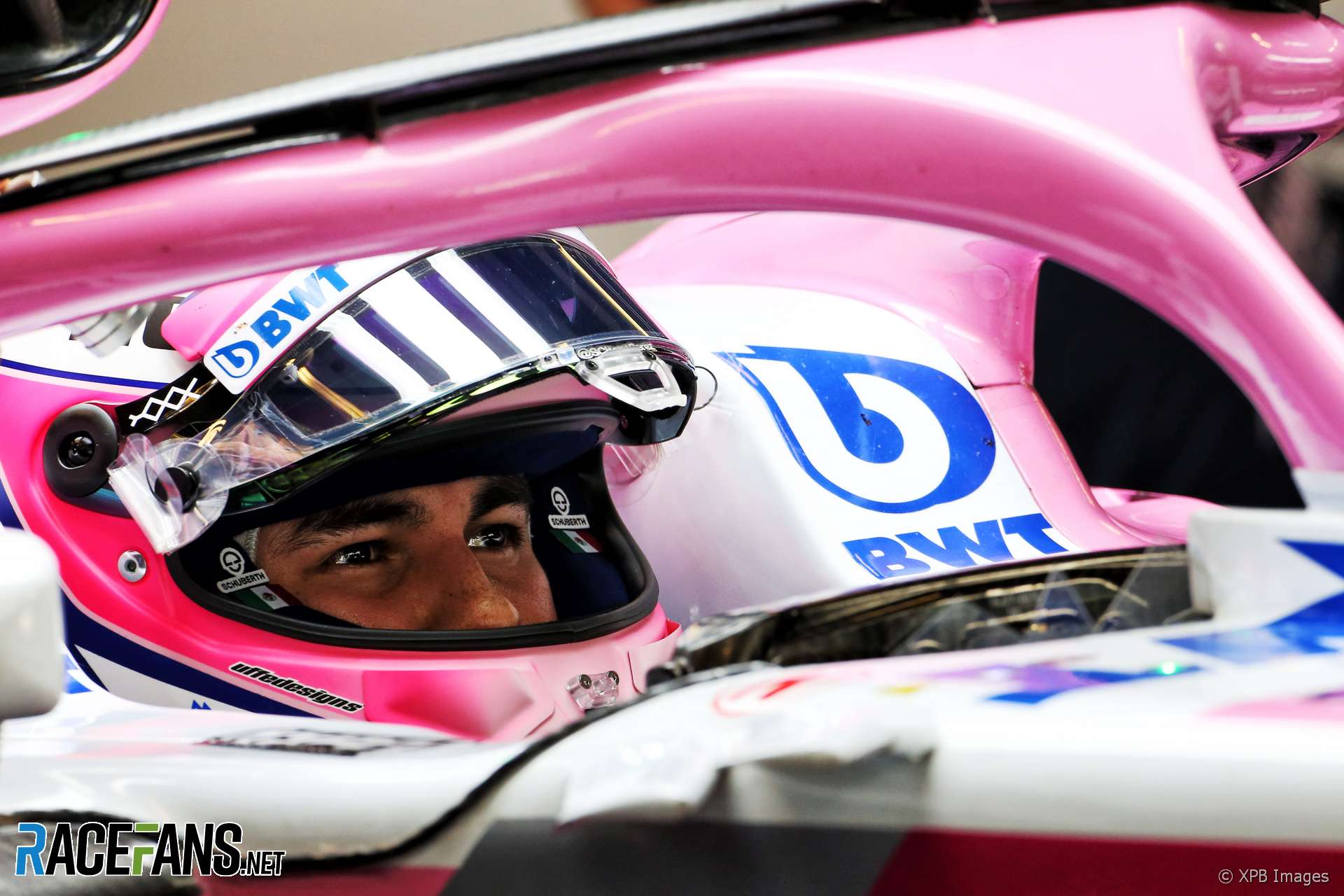 Sergio Perez says Racing Point (previously known as Force India) is his best option for the future outside the top two Formula 1 teams.

The 28-year-old will start his sixth season for the team this year, having joined them following a single season at McLaren. Perez admitted “I’ve been here a lot more years that I thought I was going to be.

“I’m comfortable here,” he added, “I’m very optimistic. I think if you cannot be in a Ferrari or a Mercedes then Force India is the right place to be.”

Last year Perez was involved in the proceedings which put the team into administration in July. However they returned to the championship after securing investment from a consortium led by Lawrence Stroll. Perez believes the team can now raise their expectations.

“I think there is huge potential in this team,” he said. “I’ve been the best of the rest the last two years [2016-17], very close to be for a third year in a row. There is the prospect to go forward. We’ll see how things look for the next year but definitely I’m very excited about the future of this team.”

“I’ve been chatting with very much the whole team from mechanics to engineers, everyone is really excited, really looking forward,” he added. “Lawrence is very enthusiastic about this project.

“We know it that it’s a long-term project and I feel we have great direction with our team bosses. Everything should be in place.

“But also we have to be aware that it takes time. We’ve seen it with other teams you know how long it takes them. But I think if there is a team that can go to the next step is Force India.”

19 comments on “Perez: This is the best team to be with outside Ferrari and Mercedes”