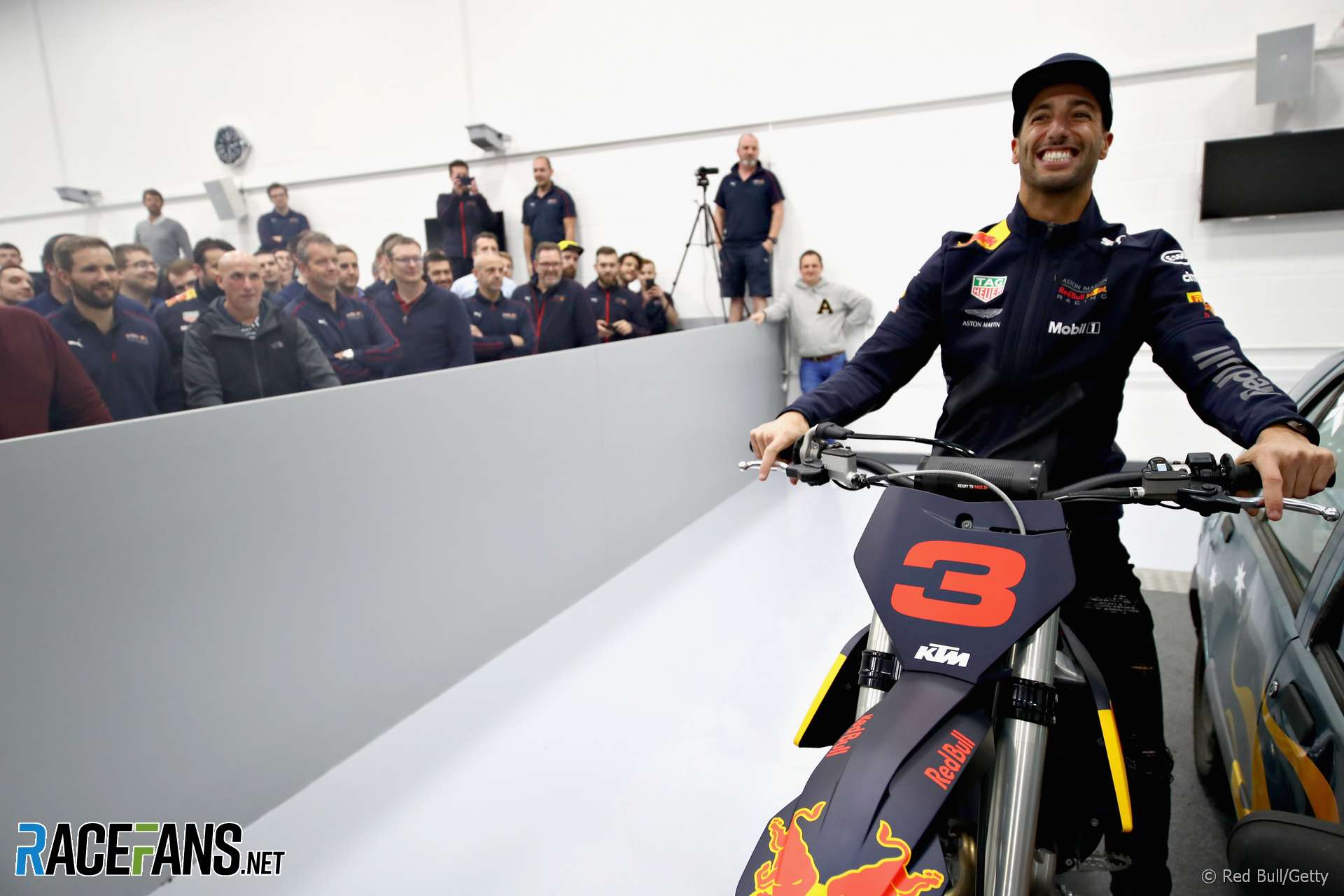 In the round-up: Daniel Ricciardo says he isn’t hoping Red Bull will struggle in 2019 having left the team before their new partnership with Honda began.

Ricciardo, who has joined Renault for the 2019 F1 season, reflected on his his change of teams when asked by RaceFans last year:

Red Bull told me they’re going to get more power from the Honda so I’m expecting it. How much, we’ll see.

I’m not wishing against them. I’m not like ‘I hope they don’t get it right’. It’s more for my sake I hope Renault get it right and if they other teams do so be it.

"Sauber is rumoured to be running its new F1 car for the first time at Ferrari's Fiorano test track on February 14th."

"Following on from a podium finish in the 2018 Ad Diriyah E-Prix for Mahindra Racing's Jerome d'Ambrosio, the Indian team has named Sergey Sirotkin and its development driver Sam Dejonghe as its drivers for the in-season rookie test following the 2019 Marrakesh E-Prix on January 13."

"The 1200 meter circuit will be located in the North Arena area of the Abu Dhabi circuit, with the turn five-six chicane of the Formula 1 circuit forming turns one and two of the World RX track, before using the grandstand-lined hairpin for turn three, then heading into the infield."

"Faria was charged with not only flying ­Ecclestone but Ayrton Senna, Lewis Hamilton, Pele, Michael ­Schumacher and Sebastian Vettel. But his contract flying the stars came crashing down after Fabiana fell out with him."

"Through the multiyear deal, Speedway will provide the fuel powering every car at every race in the IndyCar Series."

"Vijay Mallya became the first tycoon to be charged under a new anti-fraud law, with a court in Mumbai today naming him as an offender under the Fugitive Economic Offenders Act, 2018."

It would be great to see Perez in a top seat but I cant see that happening now.

His timing to McLaren was similar to Ricciardo’s to Red Bull (but worse in car performance really). Perez and Hulkenberg are not young anymore so a drive in a top seat looks unlikely which I think make the Hulks decision to join Renault and hope they get back to the top again a much smarter move.

With the younger drivers coming through now its seems Perez has nowhere to go, which is a shame.
@Garns

18 comments on “Ricciardo “not wishing against” Red Bull-Honda”