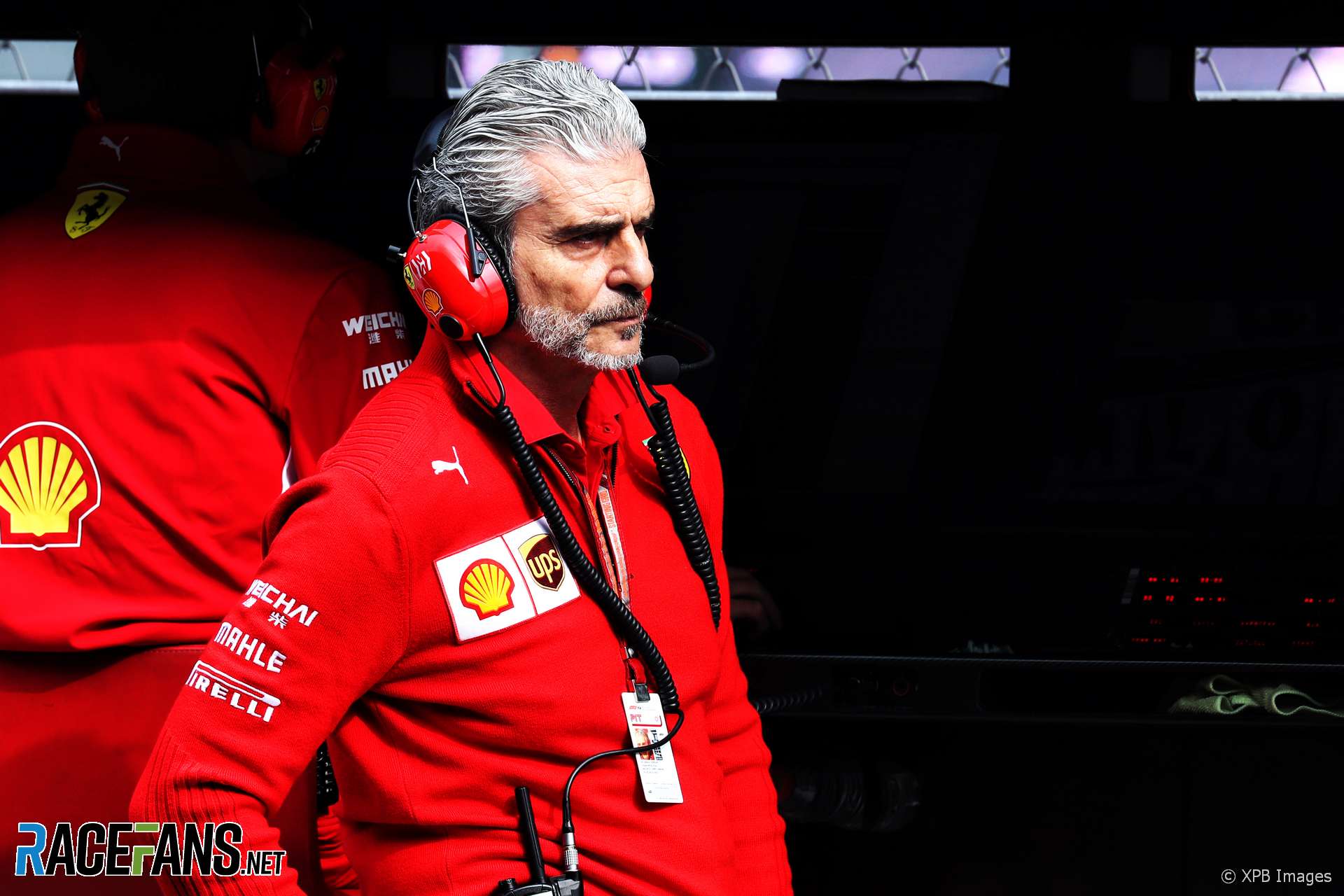 Ferrari looks likely to appoint its fourth team principal in five years as Maurizio Arrivabene’s future is in doubt.

RaceFans understands from Italian sources Arrivabene was offered a new contract last year which would have diminished his responsibility as managing director and team principal. However he did not sign the deal and Ferrari has since retracted the offer.

Arrivabene is known to enjoy the backing of Louis Carey Camilleri, who was installed as interim CEO last July. Asked last year about his future at the team Arrivabene replied: “Ask managing director Camilleri.” However Camilleri’s position within the team is also believed to be under discussion.

The team’s technical director Mattia Binotto is considered a likely potential replacement for Arrivabene. Laurent Mekies, who joined Ferrari from the FIA last year and reports to Binotto, could therefore take on greater responsibilities for developing the team’s cars.

Ferrari GT and Corse Clienti racing director Antonello Coletta, who has spent more than 20 years in their motorsport division, has also been mooted as a possible replacement for Arrivabene.

Ferrari has not enjoyed a championship success for its team or drivers for 10 years. It was the closest challenger to Mercedes in the last two seasons and led the points standings at various stages. But its failure to deliver a title has increased the pressure on Arrivabene.