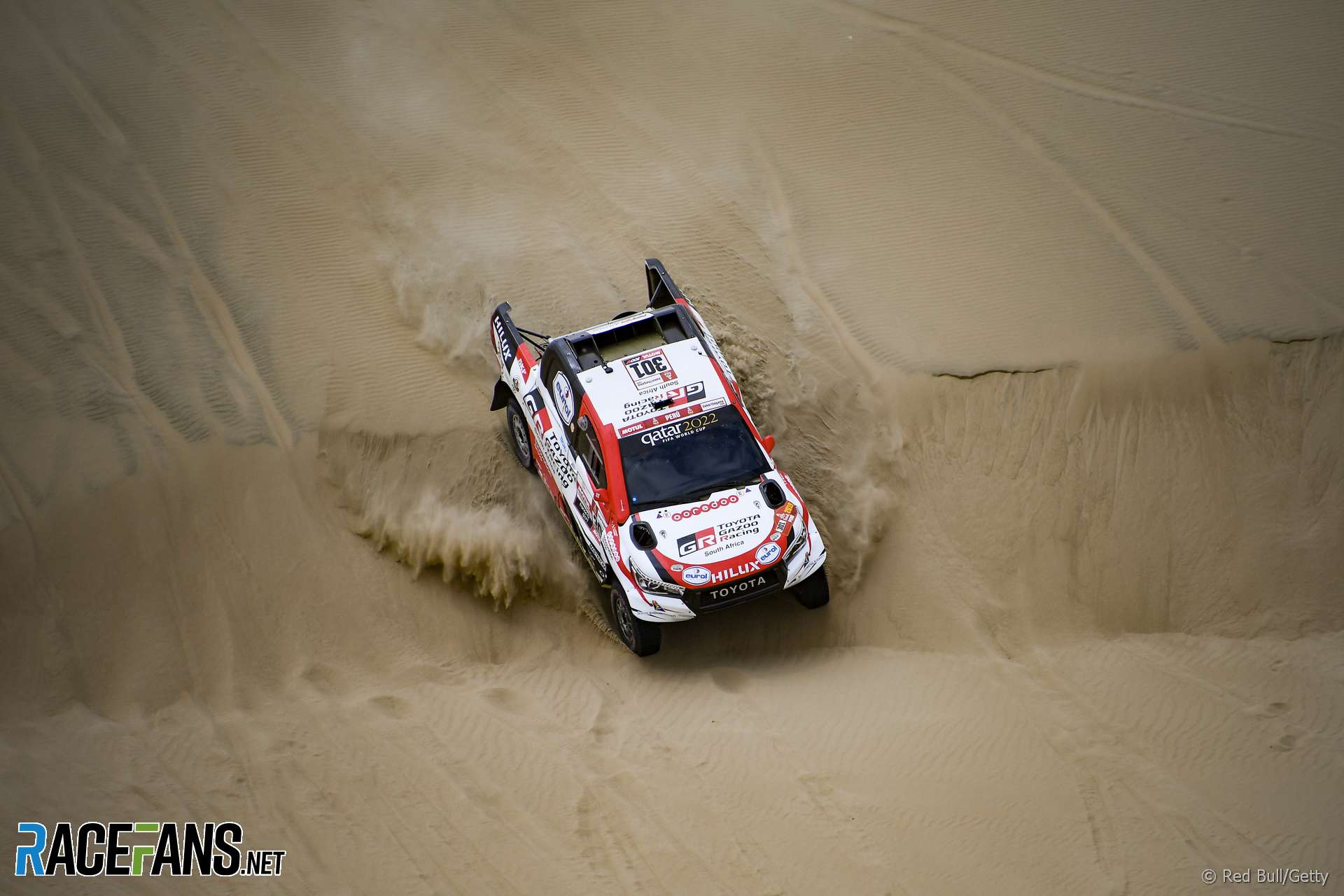 Fernando Alonso began his first year after leaving Formula 1 testing his Wayne Taylor Racing Cadillac ahead of his return to the Daytona 24 Hours at the end of the month.

However reports in Spain on Monday suggested he is already planning his next move into an entirely different category of racing. Two-times Dakar rally winner Nasser Al-Attiyah claimed the F1 champion is planning to test the Toyota Hilux he is competing in this year’s running of the event, which started yesterday in Peru.

Alonso began competing in championships outside F1 in 2017 when he first entered the Indianapolis 500, which he will return to later this year. In 2018 he made his Dayatona debut and raced in the World Endurance Championship with Toyota, winning at Le Mans. His connection to the Japanese manufacturer provides an obvious route into the Dakar if he is considering an entry.

The gruelling event, which lasts two weeks and covers almost nine thousand kilometres, is not to be taken lightly. Alonso no doubt appreciates this and is also aware of the very different skill set rallying requires compared to circuit racing.

In 2017 he described an eye-opening introduction to rallying alongside two-times World Rally Champion Carlos Sainz. The father of Carlos Sainz Jnr, who has taken Alonso’s place at McLaren this year, has won the Dakar rally twice, his most recently win coming 12 months ago.

“I thought that I could die that day!” he joked. “Once I survived those laps I said OK, rally is for rally drivers.”

Alonso has since left F1, giving him ample time to devote to new pursuits. However when asked by RaceFans last year whether he would consider competing in the Dakar, he did not appear to have changed his mind.

“I don’t think so,” he said. “I need to consider, I need to evaluate, there are things that I need to be honest and know that I don’t have the talent to do.”

A representative of Toyota’s Dakar programme told RaceFans there were no concrete plans yet for Alonso to test one of their cars, but said they would love to have him on their team.

The scheduling of the Dakar event around the same time as the Daytona 14 Hour preparations could make it difficult for Alonso to take on both in the same year. But if he notches up a win in the 24-hour race later this month, perhaps the man who has set himself the goal of becoming “the best driver ever” has a new adventure in mind for next January.

12 comments on “Has Alonso changed his mind about entering Dakar?”