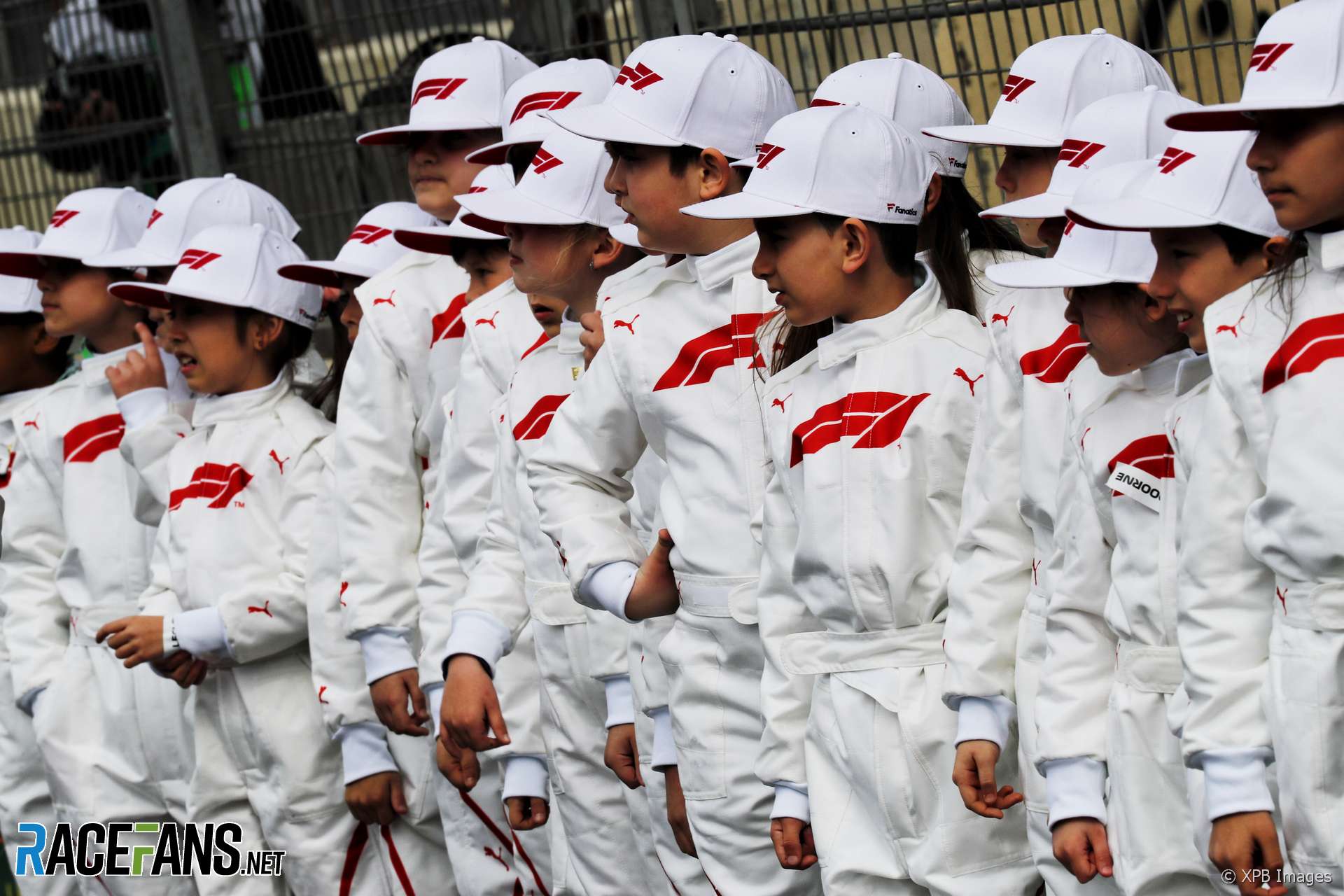 In the round-up: Following reports that some English Premier League football teams charge families as much as £700 excluding costs for their children to act as mascots, RaceFans approached Formula One Management to enquire whether it charges similar fees for its comparable ‘Future Stars’ programme.

A FOM spokesperson told RaceFans the Future Stars do not have to pay for their opportunity.

“The ASN [national motor sport club] and promoter select them based on karting merit and from local schools in the community. The parents and grid kids get themselves to the circuit and in return they have the pride of representing their country on the grid, sing their national anthem, keep the suit, shoes and cap and get tickets for them and a parent to watch the race.”

Future Stars was introduced at the beginning of last season as a joint initiative between FOM and the FIA.

Disapointed for Ferrari & Arrivabene that this most recent phase did not work. However a closed approach to media, failure to accept mistakes & yet publicly criticise own team was a case study in how not to lead. I do hope Binotto succeeds; #F1 needs him to.

First of many days in the simulator for @OconEsteban. #F1 pic.twitter.com/97uMsJjpWc

"We have not won anything, but there is this feeling that now we are really on a trajectory to be able to win something."

"Campos Racing have announced that Jack Aitken will drive for them in the upcoming Formula 2 season."

"Organizers plan to introduce 1,000 sets of “1,000th GP limited edition” ticket packages at the end of January. Each package includes a main stand ticket and a visiting pass to the paddock area."

Arrivabene: the man with few friends at Ferrari (Motorsport magazine)

"This is the man who a couple of years ago broke his usual vow of not talking to the cameras – to say that Vettel should stop trying to run the team and concentrate instead on justifying his position as a driver. He maybe took that as man management skills. Instead it lost him the respect of one of the biggest assets at his disposal."

"They were good promotional partners. They were heavily involved in our ABC or NBCSN broadcast as an advertiser. They promoted us in USA Today and other major national media as well."

Is now the wrong time for a change at the top at Ferrari?

Very harsh if he is pushed out, and potentially a mistake. In 2017 and 2018 Ferrari had a genuine title contending car for the first time in almost a decade (since 2008, only in 2010 was the car reasonable). This year the problem was mostly on Vettel’s side, so Ferrari were clearly on the right path.
Pedro Andrade

27 comments on “F1 not charging families for ‘grid kid’ privileges”