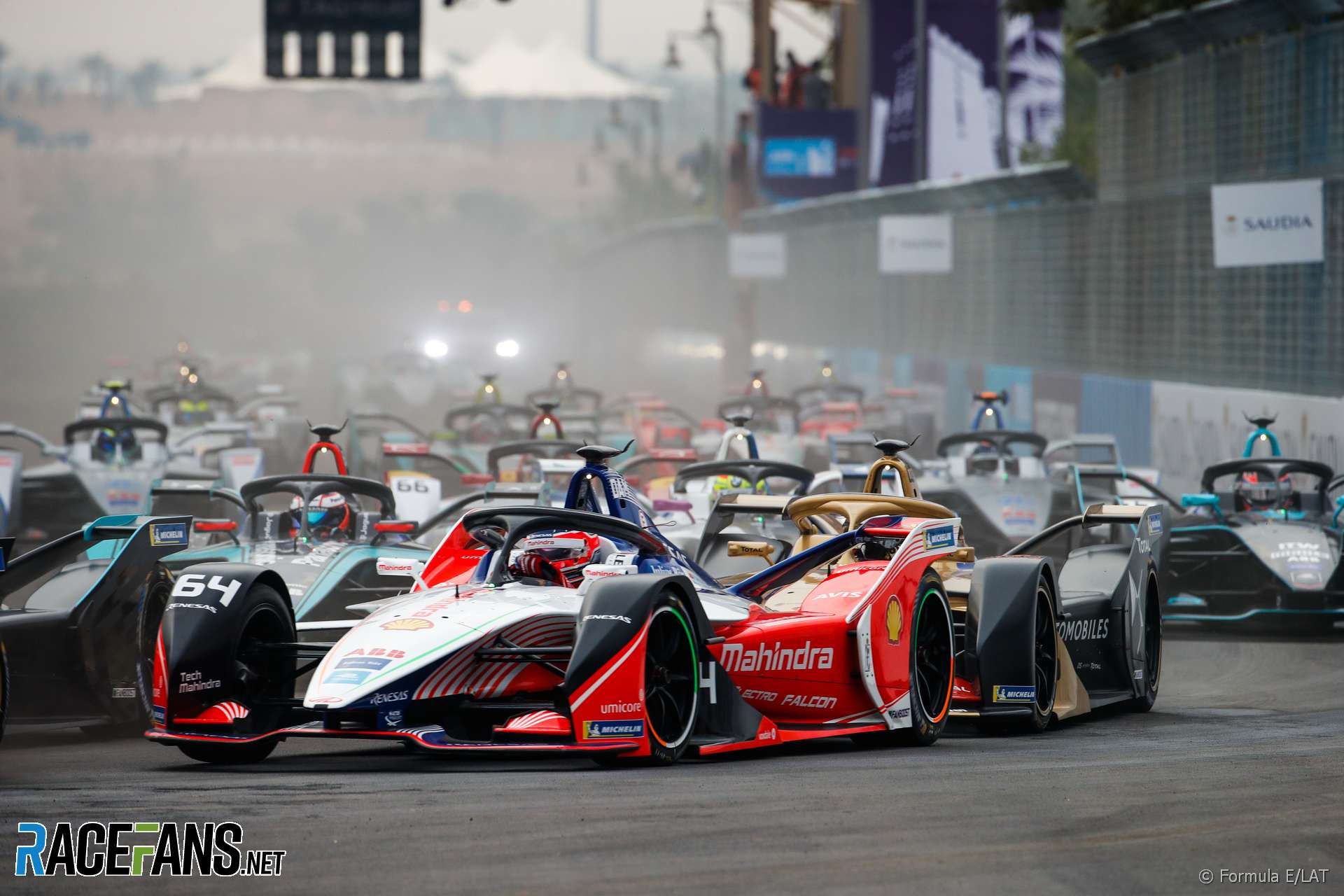 Formula E’s potential to attract a new generation of motorsport fans has been seen as one of its key strengths.

Particularly as Formula 1 has struggled in recent years to attract younger viewers. This was, of course, no thanks to the leadership of Bernie Ecclestone, who famously dismissed the need to find younger fans, questioning why the series needed the interest of anyone who couldn’t afford a Rolex.

According to Formula E, its popularity among the key junior demographic has improved drastically in the past few years. It claims that over the last two seasons the online interaction of 13-17 year olds grew by 347%.

Of course any measure of growth means little without knowing where they were starting from. And despite being part of that age group when the series launched in 2014, Formula E’s first generation was never essential viewing for me.

But with new, faster cars and a revamped format arriving for the 2018-19 season, which began last month, now was the obvious time to give it a try.

As an 18-year-old sports enthusiast who can usually be found on the PlayStation or scrolling through Twitter. Sports marketers know that by tapping into the interests of me and my peers they can win fans for life. That’s why we hear so much talk about the importance of the youth market.

So why did I never get into Formula E to begin with? There were various reasons, but my biggest was that the on-track action lacked authenticity. Then and now, Fanboost is my biggest problem with FE.

Running a poll to decide which drivers should get an extra power boost is an obvious social media tactic intended to court younger fans. But changing the performance of the cars and therefore the outcome of a race based on a popularity contest does not appeal to me.

For me, the outcome of the race should be determined by the performance of the driver and the team working together to extract the most out of their car, not which driver has the most Twitter followers. Not everyone agrees, as the numbers who participate in the Fanboost polls show. But would a true sport ever entertain a concept like Fanboost?

Mercedes team principal Toto Wolff, who will enter a team in Formula E’s next season starting later this year, admits he is unsure whether to regard Formula E as “racing or… more an event”. Fanboost is a dividing issue in this debate.

If Fanboost is my main concern, another was the lack of spectacle. While Formula E often enjoys the kind of overtaking and close racing Formula 1 too often fails to produce, the gulf in performance between the cars is just as obvious. As Lewis Hamilton put it last year, cars that are “slower than Formula Ford” just done have the same awe factor. The lack of noise doesn’t help either.

But for its fifth season, which began at the Ad Diriyah circuit in Saudi Arabia last month, Formula E introduced a raft of changes including a new and more powerful car. The arrival of ex-F1 drivers Felipe Massa and Stoffel Vandoorne also captured my interest.

A big plus in the series favour – and one which has certainly played well with younger viewers – was their announcement that all races would be streamed live on YouTube. It’s the perfect way to grow the series as well because it makes it easier for everyone to access the action live which is something other motorsports like F1 struggle to do. This adaptation to the rapidly changing world of technology is vital to ensure that FE can reach all generations around the world and grow as quickly as possible.

It also helped that the new ‘Gen2’ cars look absolutely wicked. It was clearly designed to be the most aggressive race car in the world and for me it fulfills that label with ease.

All of this increased my anticipation for the start of the new season, which saw Antonio Felix da Costa lead the 22-strong field. He may have won from pole position, but the race was not short of action and his winning margin over reigning champion Jean-Eric Vergne was less than half a second.

The first thing I noticed was how the spectacle had improved, thanks in part to the new cars which actually looked fast. But there were other factors at play as well: the coverage seemed to use lower camera angles which gave a better sensation of the speed the drivers were doing. And it also helped that the Ad Diriyah circuit is one of the more challenging examples of Formula E’s street circuits, some of which can be a bit point-and-squirt’.

Fanboost still left me cold but the introduction of the Attack Zones – another contentious addition – intrigued me. With drivers no longer needing to pit to change cars thanks to the longer battery life of the new models, the Attack Zones created an element of strategy that had been lost. It does look like it will need a bit more fine-tuning, however.

Formula E’s new generation is a step in the right direction. I’ll definitely be watching more of this season’s races and I’d encourage others who were sceptical of it at first to give it another try. Round two fo the 2018-19 championship takes place in Morocco this weekend.

39 comments on “Does Formula E’s new generation deserve your attention?”