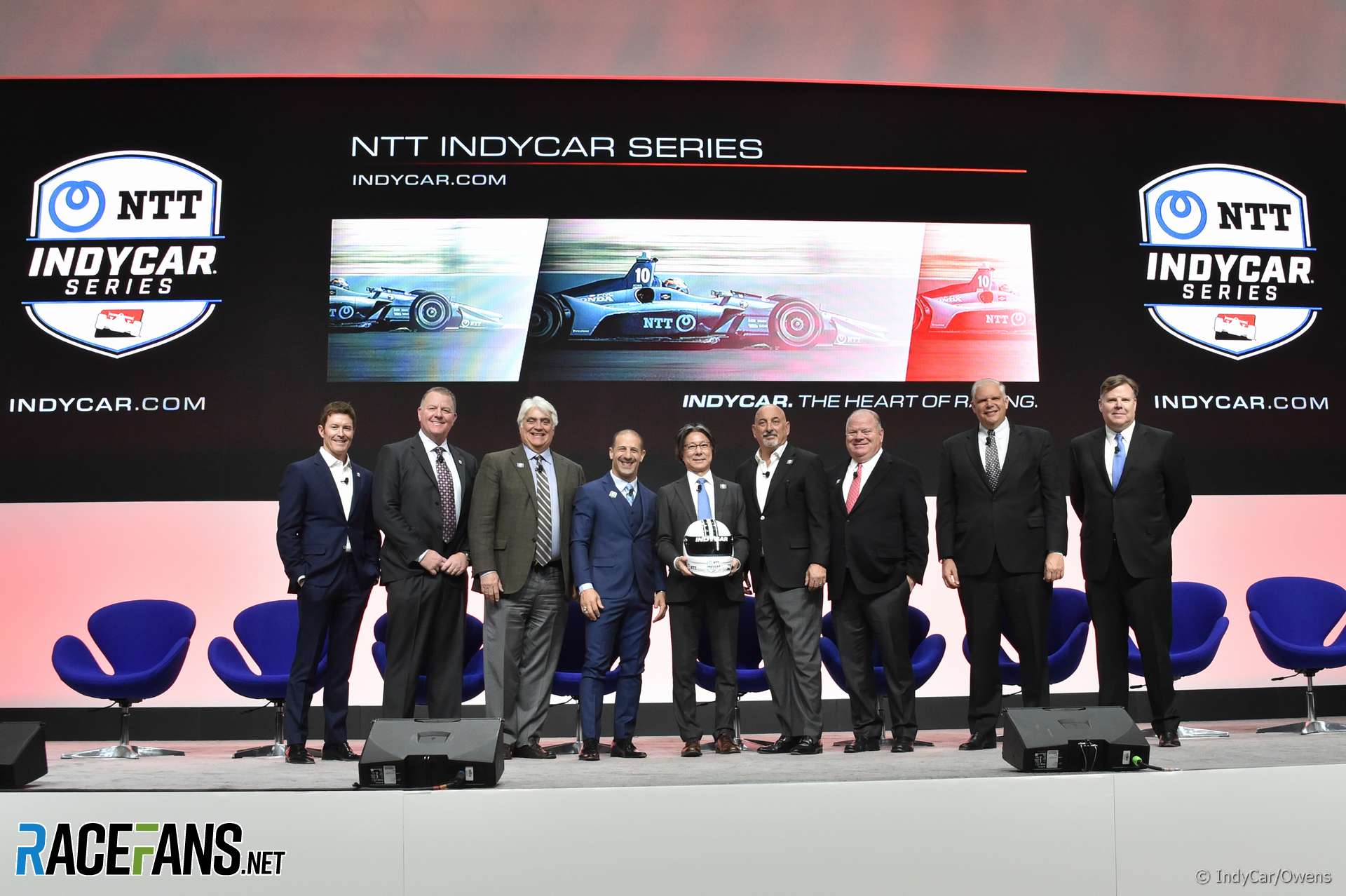 In the round-up: IndyCar has announced a new title sponsor following the departure of Verizon at the end of last year.

"IndyCar announced on Tuesday that global information technology and communications leader NTT has signed a multiyear agreement to become the entitlement sponsor of what is now officially named the NTT IndyCar Series."

"After Verizon ended its title sponsorship last year, IndyCar was looking for a replacement, but it was already the fall and budgets are usually set by then. And things weren’t looking very promising for 2019."

"Ferrari would not officially confirm the deal with Mick Schumacher."

"Sebastien continues to be a highly valued member of the Red Bull Racing team and he’ll once again help drive the team forward in 2019."

"The plan is to run the car for the first time on-track two days later in Spain, before the first four-day test begins at the same circuit on February 18."

Interview: Bernie and Fabiana Ecclestone - The untold story of a mother-in-law's kidnapping (The Telegraph)

"She was reasonably peaceful about it until this b----- story came out. It’s bad enough that she has suffered so much, and then somebody comes along to say, ‘It was you who plotted it.’"

Lego has added a model based on the McLaren Senna road car to its range. The 15cm, 219-piece model includes a minifigure and wind tunnel.

Walking into this factory never gets old 😍

Mega to see everyone at Grove pushing flat out 💪 @williamsracing pic.twitter.com/JEom6v1SzY

Which @F1 team has the strongest driver line-up for 2019?

Three different teams are taking most of your votes so far:https://t.co/n2c430TcBT #F1

I think Red Bull promoted him too early and sacked him too early. Their treatment of him came across like the criticisms of the Red Bull driver system were true – that it’s basically a meat grinder, that all you are is a part in the car and if you don’t work you can and will be swapped. There didn’t seem to be any interest in Kvyat’s well being or mental health and how the demotion would affect him afterward, and when he was clearly struggling there didn’t seem to be any support.

He’s certainly a talented driver – even if that got lost along the way. I’d prefer to think that this is Red Bull trying to nurture their talent and make up for mistakes instead of discarding them, but I kinda think it’s more they just ran out of people. I wish him luck either way – it’d be a nice story to see him come back with rediscovered form.
Adam (@Rocketpanda)