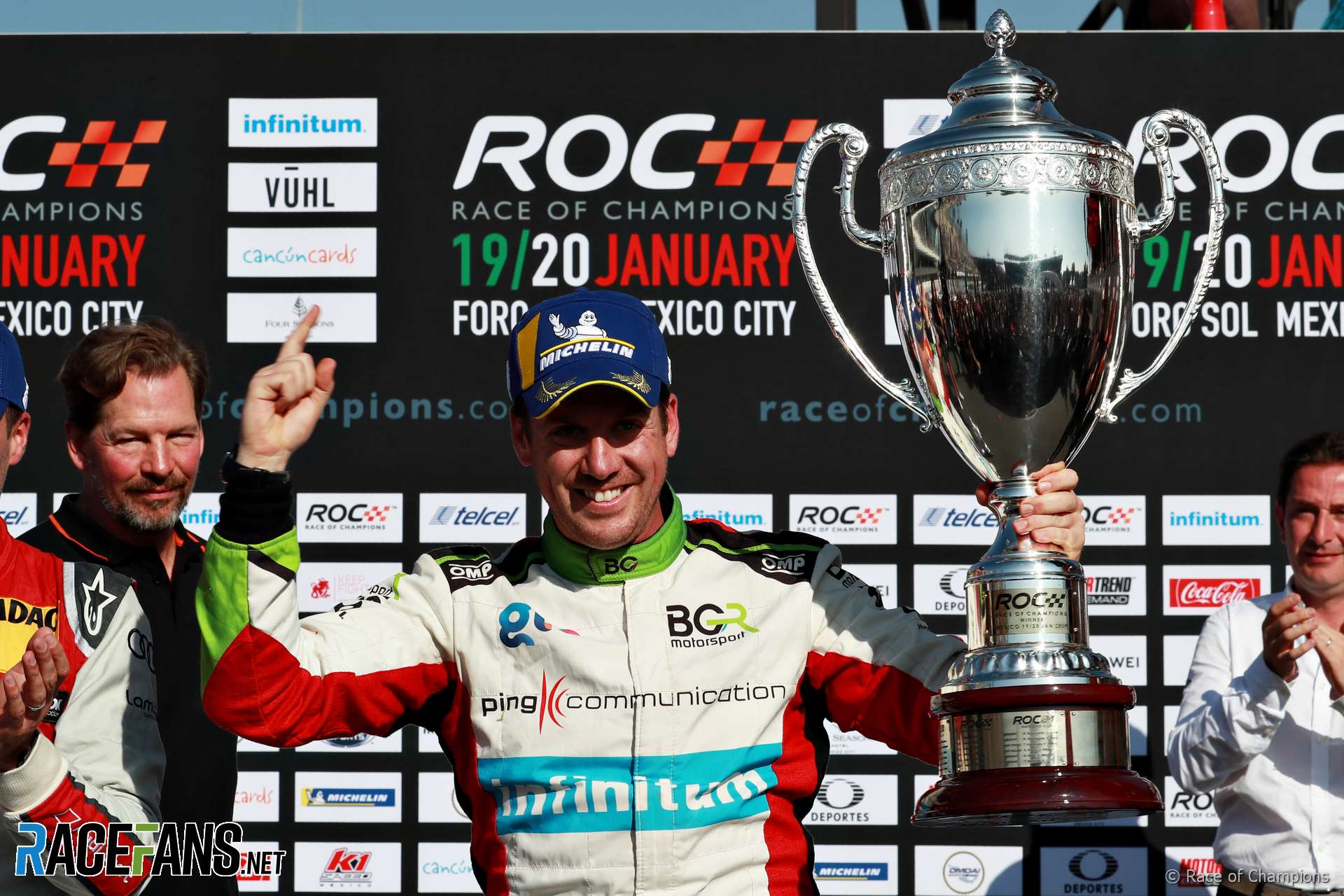 Unfortunately due to a complex issue around a visa I will have to miss next weekends Daytona 24. I’m hugely disappointed, as you can imagine! It’s not the end of the world and as they say, when life hands you lemons make lemonade #Rolex24 #Imsa50 #Daytona24 #Mission8 #BMW #M8 pic.twitter.com/wmD4qvumJA

That’s it for my #RoC debut!
I beat Newgarden with the Atom but lost to Kristofersson due to a penalty and lost to Loic in the KTM. Great experience but need to improve a lot with combustion cars 😂😂

Sad news. Betty Rutherford, the wife of 3-x @indy500 champ Johnny Rutherford, has passed away. JR, of Fort Worth, met nurse Betty @IMS hospital in 1963. Betty was instrumental in establishing @SCCTX when we formed @TXMotorSpeedway. Prayers for JR, their children & grandchildren.

"It's one of the only sports men and women can compete equally in and when we start seeing more women at that top level, it will encourage more girls to get into the sport."

I personally don’t think Mick Schumacher and his management team made a smart decision by joining the Ferrari Driver Academy, because the Schumachers have enough money to keep funding Mick’s career for three or four more years.

He can go to Force India, Williams or Haas (or maybe even Sauber independently) after maturing in F2, and then when the time possibly comes that he moves to a top team, he will be able to make that decision more freely, and not be as constrained by Ferrari. Mick will not be in a top team until well after the 2021 shake-up, and who knows, maybe Ferrari will be the fourth-best team by that point behind Mercedes, Red Bull and Renault.

It just restricts his progress a lot because he will pretty much only be able to get a seat at Sauber, meaning that if one isn’t available when he wants to move up, he’s going to have to do a stop-gap year like Gasly, which will slow his development.
Lenny (@Leonardodicappucino)