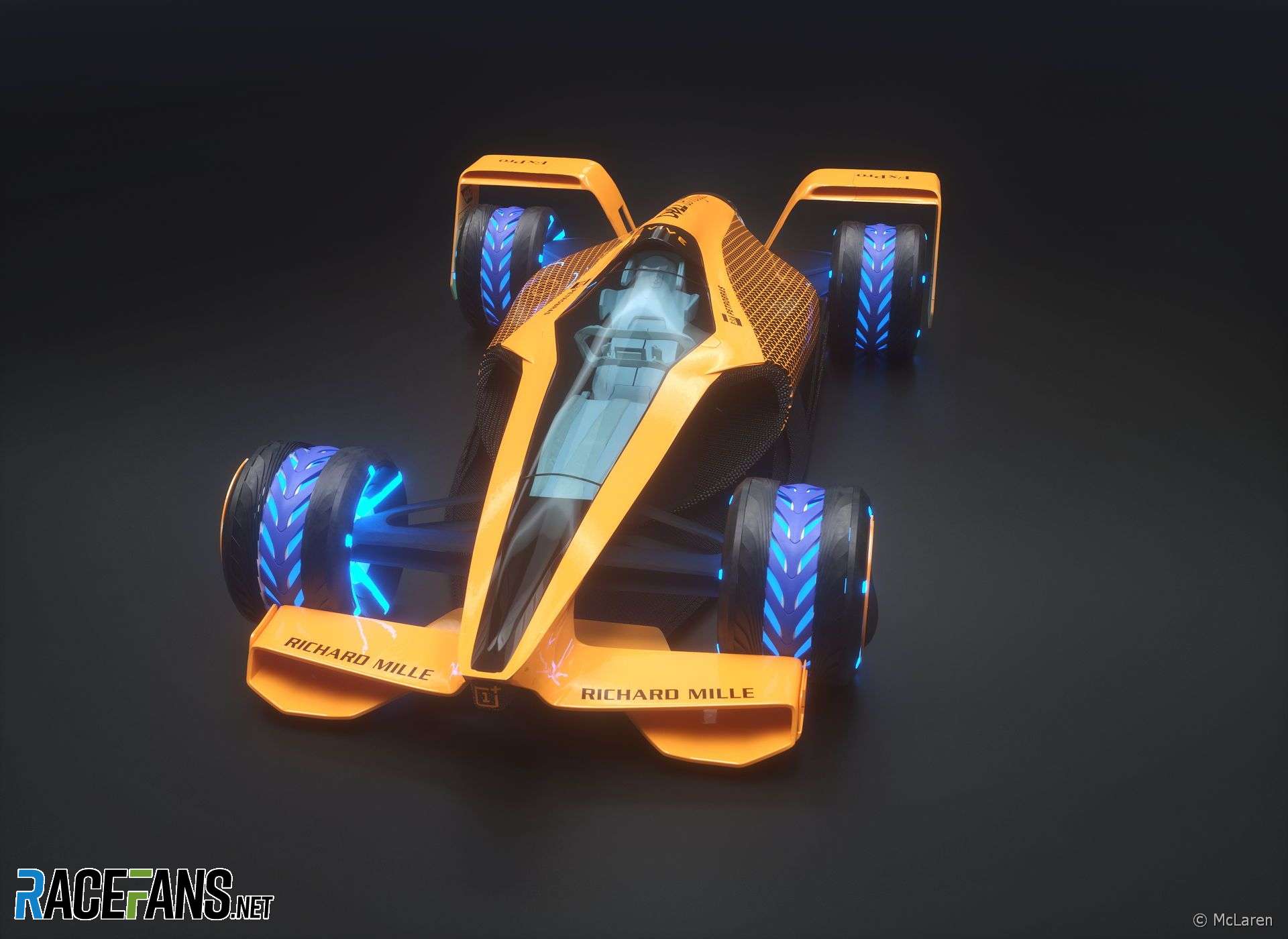 In the round-up: McLaren has revealed its latest vision for the future of Formula 1 racing, the MCLExtreme, following on from its 2015 MP4-X design.

The McLaren MCLExtreme would use active aerodynamics to maximise performance while minimising energy consumption. Its sidepods would change shape, allowing the car to reduce its drag and hit a top speed of 500kph (310mph).

The car would use electric propulsion and cutting-edge technology to recharge its batteries. In the cockpit, the driver would rely on artificial intelligence to optimise his race strategy, rather than input from the team’s pit wall. While the cockpit would be fully shrouded for protection, it would also be transparent, allowing fans to see the driver at work inside.

Congrats to @KevinMagnussen on collecting ‘Racing Driver of the Year’ at The Danish Motorsport Awards in Copenhagen at the weekend!

I think the current Sky deal in the UK is only gunna hurt F1, and people at Formula E HQ will be laughing their asses off. And Formula E is only going to get bigger, bigger and bigger.

"He's not in Michael's league and I don't even think he is close, although he's racking up lots of wins."

"The fact it didn't happen, without pointing fingers, is quite flattering to us because it means other people are afraid of us and don't want to give us anything that could be a competitive advantage."

Media-wary Hartley proves too elusive for a private audience (Stuff)

"My humble request unfortunately coincided with reports of him being linked with Ferrari, which were supposedly erroneous and a misquote, and that so got up his nose he rang a media hub up north and gave them a spray."

"Leclerc was a star in the making but even in 2017 when I interviewed him at Prema he was accompanied by a Ferrari representative. Just being on the books of the Prancing Horse comes with great responsibility before you throw the Schumacher name into the mix."

@Eurobrun is hoping F1 TV’s broadcasts of pre-season testing will show the service has improved:

Its a no-brainer to do this.

They clearly need more time to test the improvements to the service before Melbourne and you simply can’t accurately simulate the demands of a live broadcast with real people watching via real data connections.

I have a feeling that Sky are only broadcasting the test because they were approached first in order to provide the coverage for F1 TV.
@Eurobrun