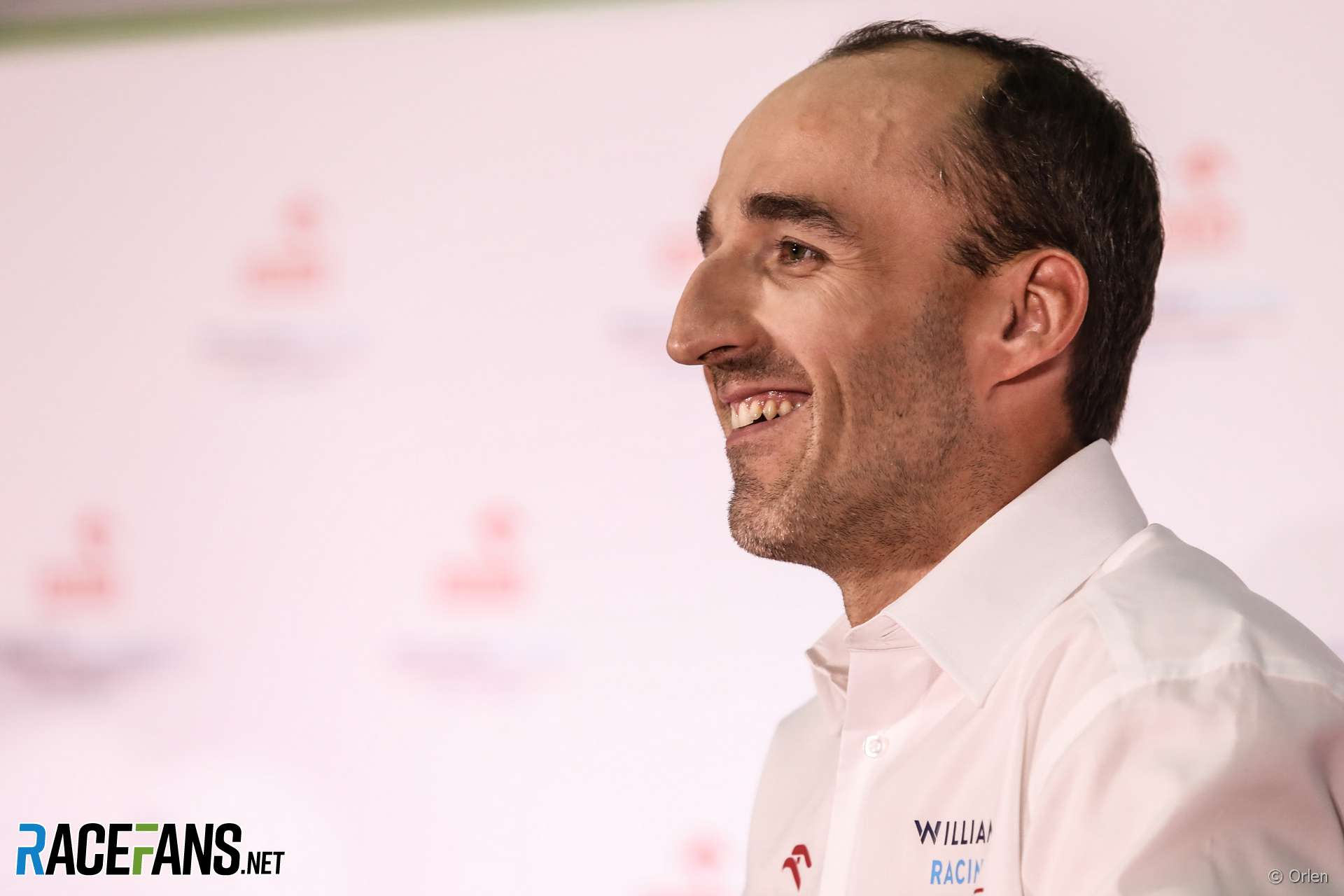 Robert Kubica says keeping his Formula 1 seat will be the hardest part of his comeback this year.

Speaking at a launch event in Warsaw for Williams’ new sponsor PKN Orlen, Kubica said the sport had “changed a lot” since his last season in 2010 and “a very tough task awaits me.”

“The eight-year break certainly does not help me but I have experience and I am aware that I used to drive at a high level,” Kubica continued. “I set realistic goals for myself in the coming months and I am sure I will be able to reach them. If I didn’t feel prepared [enough], I wouldn’t work on my F1 comeback.”

The 34-year-old has been out of F1 competition since he suffered serious injuries in a rally crash in 2011. He said his goal was “not only to enter F1 [again], but to remain there.

“This is the most difficult task. There were many excellent drivers who left F1 after just one season.”

Kubica is part of an all-new driver line-up at Williams alongside George Russell. The team suffered its worst season last year, sinking to 10th and last in the constructors’ championship.

“The situation of Williams is not easy,” Kubica admitted. “You need to approach it realistically.

“I hope that the team drew conclusions and this year’s car will be a lot better. It is important to have a good start with good car because it is very difficult to catch up during the season. I will do my best to give the best possible feedback. I hope that the team returns to where it belongs.

“I want to do my job in the best possible way. I want to show that after eight years away from the sport I can be fast. But you need a fast car, it makes the task easier. There are always some unpredictable races due to conditions etc… and in these cases you can show something more. But you need a car which is nice to drive.

“My goal is to do a good job and to stay in F1 for longer. And my dream is to be happy with my work.”

23 comments on “Kubica: Staying in F1 will be the hardest part of my comeback”