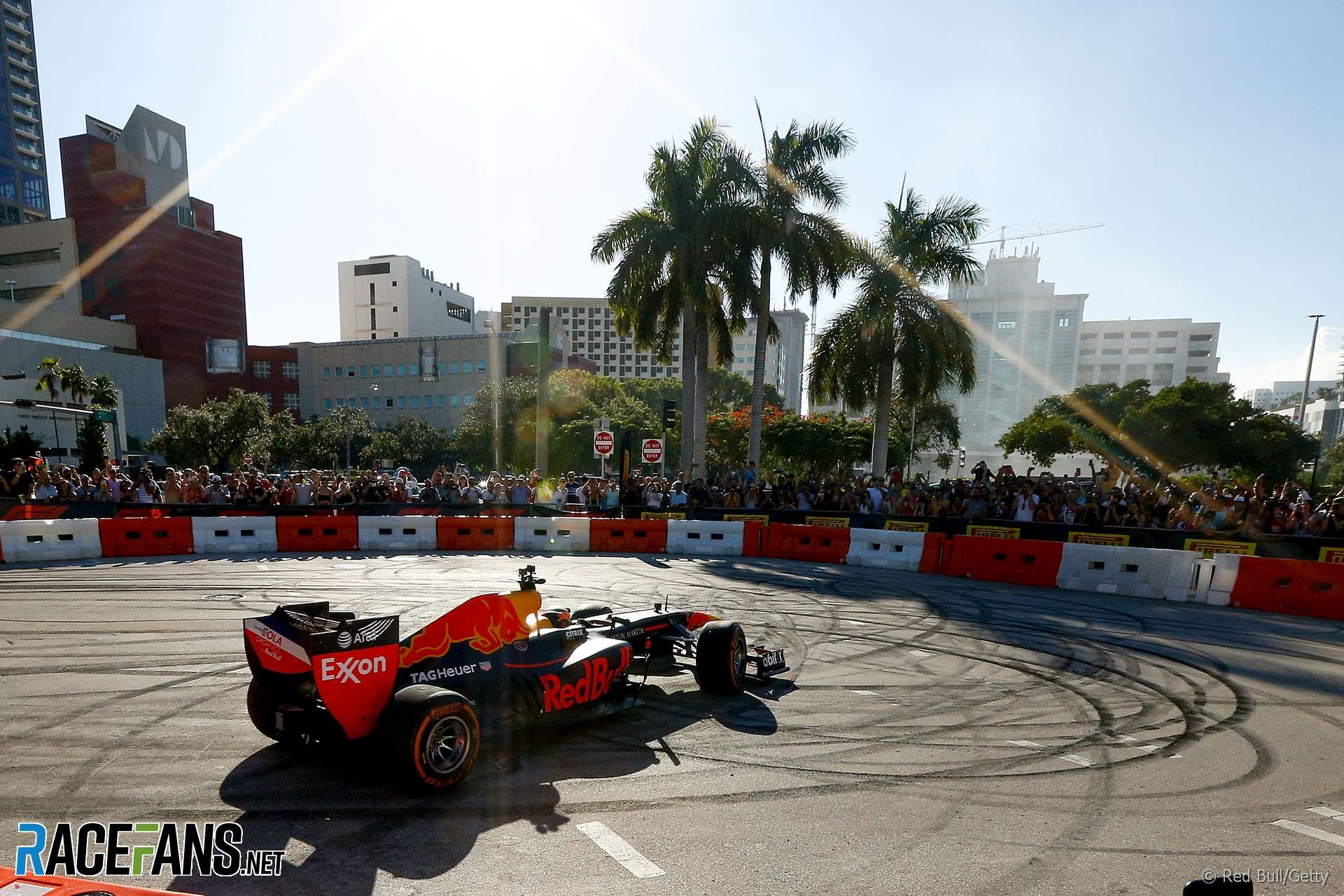 Formula 1 will hold four more fan festival events during 2019 in addition to the Season Launch announced yesterday, RaceFans has learned.

The first will be a street demonstration in Shanghai. This will take place during the build-up to the 1,000th world championship event – this year’s Chinese Grand Prix. The third round on the 2019 F1 calendar will take place on April 14th.

Two of the fan festivals will take place in US cities. The first, in Chicago, Illinois, will be held during the build-up to the Canadian Grand Prix, which is held around 1,200 kilometres away in Montreal. The other will be held in Los Angeles, California ahead of November’s United States Grand Prix at the Circuit of the Americas in Texas.

F1 has never raced in the state of Illinois. However California contains two former grand prix venues: the Long Beach street circuit now used by IndyCar and the Riverside road circuit which was closed in the eighties.

Rio de Janeiro will hold the other fan festival during the Brazilian Grand Prix weekend. The Brazilian city held its round of the world championship at the Jacarepagua circuit between 1978 and 1989 before moving to its current location, Interlagos in Sao Paulo. The Jacarepagua circuit, which was later renamed the Autodromo Internacional Nelson Piquet, was demolished to create the infrastructure for the 2016 Olympics.