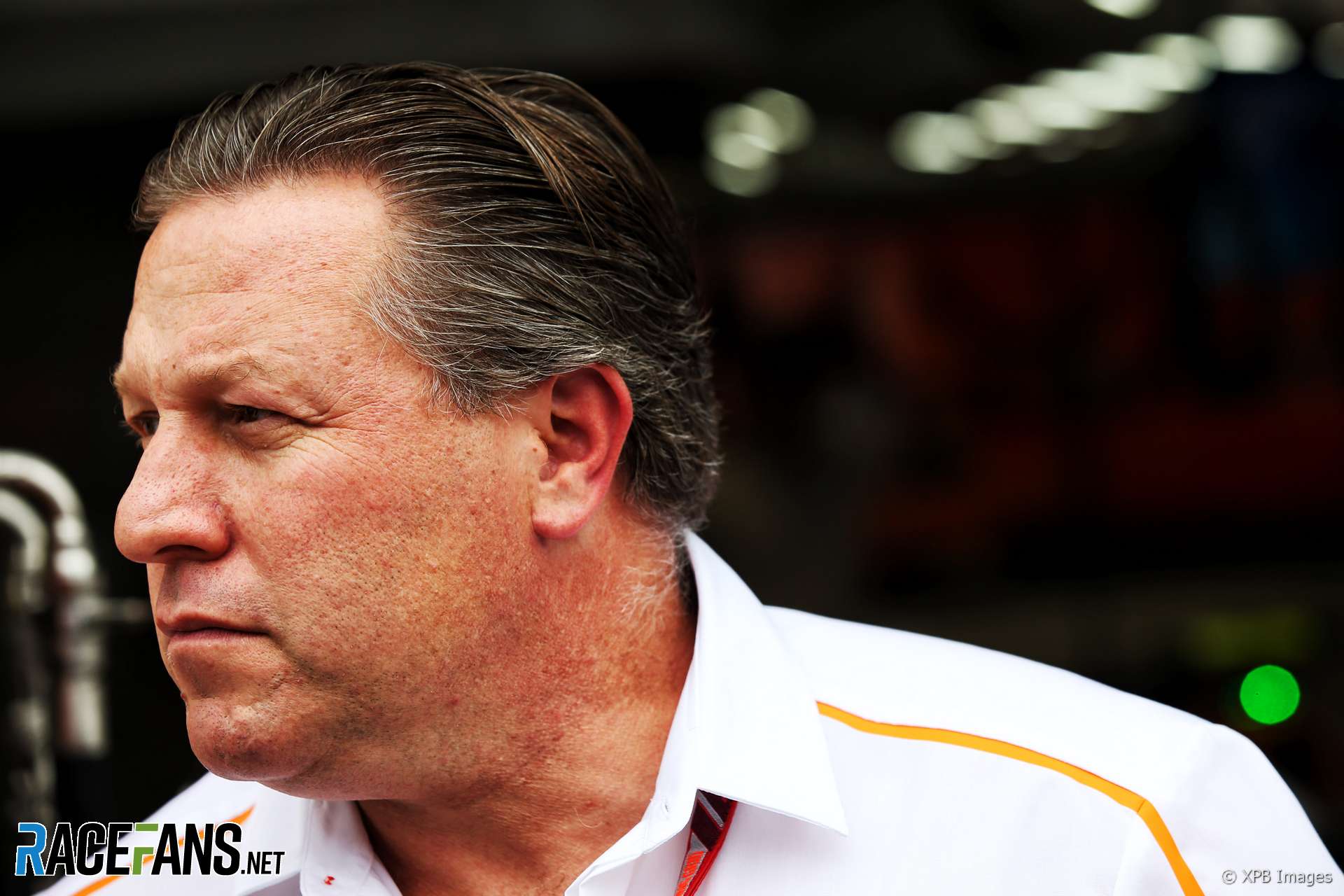 In the round-up: McLaren Racing CEO Zak Brown says no more than two or three teams will be able to compete for the Formula 1 championsip if Liberty Media’s planned overhaul of the sport in 2021 does not go ahead.

Brown said McLaren’s five-year plan to return to the sharp end in F1 depends on Liberty Media making its planned changes in 2021:

We have a journey to get back to winning races. And once you’re winning races you’re competing for the championship.

I think it’s critical that Liberty make the changes to the sport that we discussed earlier because right now, the way the sport is going, it’s difficult for more than two or three teams to compete for the championship. So I think the things that are out of our control but hopefully we can influence, they need to change for multiple teams to be able to win races and compete for the championship.

But we have laid out a journey, a message, a road of recovery that sees us getting back to the front of the grid in that time.

I wanted something completely fresh and different this year and think we pulled it off 👌🏻 Excited to #UnleashTheLion for #Season2019 🦁 pic.twitter.com/a3Kgroyru2

Was actually there to check out the superb Ferrari In Art exhibit – more soon on @racefansdotnet #F1 @ScuderiaFerrari pic.twitter.com/BM98WDmgjv

"He has all the skills to take on Lewis or Sebastian or whoever it is. I don't think he lacks anything to take those guys on and he's probably the driver they fear the most."

"The fact that a few of them wanted to find something to complain about, that's life. It's not going to change what we are doing, and by a large majority the promoters have been supportive and are excited about what we are doing."

"Unless the government has a change of heart and gets behind the sport, I don’t see it happening again,” he said. “It’s a real shame."

These comments from Pirelli motorsport director Mario Isola give a positive sign for the future quality of the racing. He is telling it like it is and the right people in the right places will listen, I believe. Brawn, especially, although I am sure it is nothing shockingly new to him.

There is a lot of negativity from many of us readers and writers surrounding the efforts by the various parties to make the quality of racing better; especially the lack of results thus far. I am hopeful. It will take time but the situation we are in now seems so much more professional that the knee-jerk reactions of yesteryear.
Shimks (@Shimks)