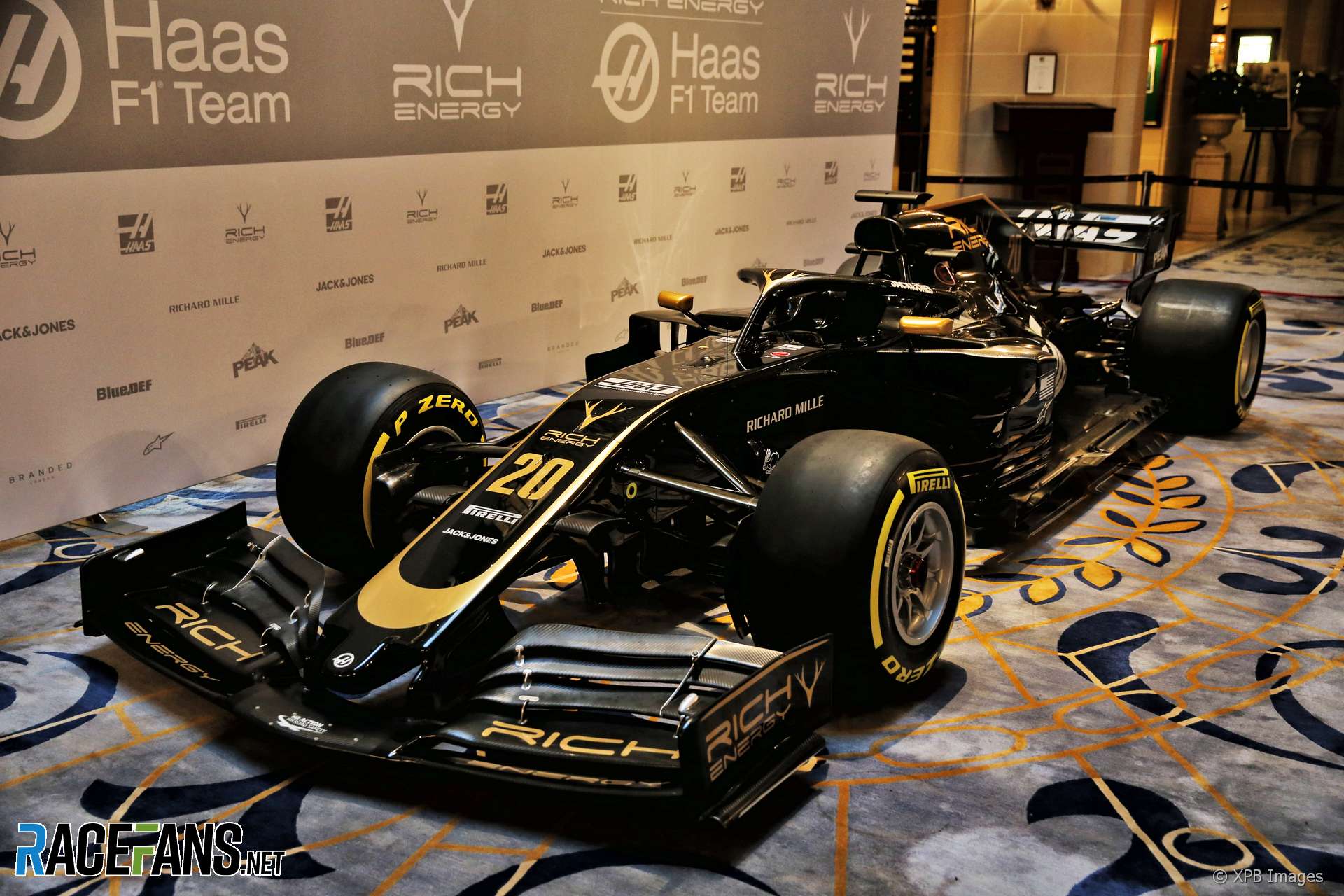 Haas has revealed its new livery for the 2019 F1 season featuring the branding of title sponsor Rich Energy.

The car presented at the Royal Automobile Club in London on Thursday is not the VF-19 it will race in this year’s Formula 1 world championship, though it does feature a 2019-style wider front wing. The VF-19 is expected to appear in time for the start of pre-season testing on February 18th.

“We’re absolutely over the moon to be in Formula 1,” said Rich Energy CEO William Storey. “It’s a perfect platform for our brand.

“We’re looking forward to taking Red Bull on, on and off the track, and challenging them. We’ve got a perfect partner in Haas who I believe are the best-run team on the grid and we’ve got an awful lot in common as organisations.”

Haas announced last October it had secured backing from the British energy drink brand. It is believed to have beaten competition from at least two rival F1 teams who were linked to Rich Energy.

The American-owned, British-based team is heading into its fourth full season in F1. It has worked its way up the constructors’ championship standings during its first three seasons, rising to fifth last year.

The team has retained its driver line-up of Romain Grosjean and Kevin Magnussen for a third consecutive season.