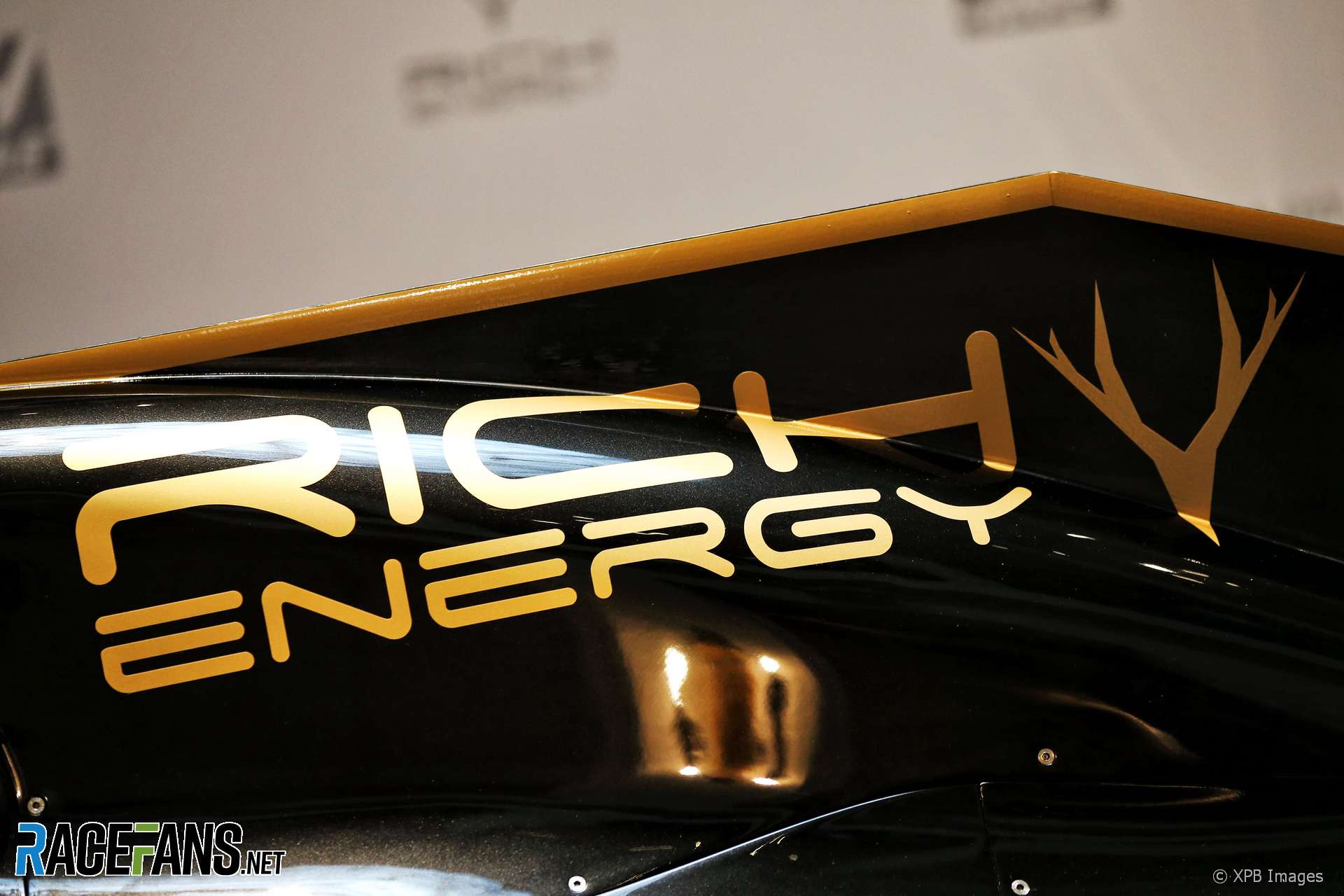 New Haas sponsor Rich Energy has set its sights on beating Red Bull off the track, though the team has played down its chances of beating the four-times constructors champions in the near future.

Haas revealed its new livery for the 2019 F1 season in an event at the Royal Automobile Club in London today. It is branded in the colours of Rich Energy.

Speaking to media including RaceFans at the event, Rich Energy CEO William Storey referred to challenging Red Bull “on and off the track”, but later clarified and expanded on his remarks.

“We think we’ve got a real opportunity to beat them – off the track,” said Storey.

“I think we’ve already beaten them [in that] we’ve got a better-looking car,” he added after the team’s new livery was revealed.

“We’re expanding very quickly, we’re taking a huge amount of business from them. Some of the biggest drinks distributors in Europe are de-listing Red Bull now.

“And I think our results will start to speak for themselves. Formula 1’s a wonderful platform for us. We’re with the best team, the best-run team, in my opinion, and equally importantly lovely people, so we’re delighted to work with Haas, we want to do it for a very long-term basis.”

Storey believes his brand can eventually outstrip Red Bull, whose F1 team is entering its 15th season in 2019.

“I think Red Bull are a brilliantly-run business. I think Dietrich Mateschitz is a very clever guy. I think he created a category in 1987.

“We just feel we’ve got a better product and a better brand and we feel that there’s a little bit of apathy and, dare I say, hubris in the marketplace.”

Haas team principal Guenther Steiner said his team’s car was the next-quickest to Red Bull’s in 2018, and beating them is the team’s “ambition”.

“They are good in racing, they are very good. But you never know: Last year I think we had the fourth-fastest car, we finished fifth, I know about that. But the next one up was Red Bull.

“We can try, if we achieve it or not I don’t know but if you don’t try for sure you don’t achieve it.”