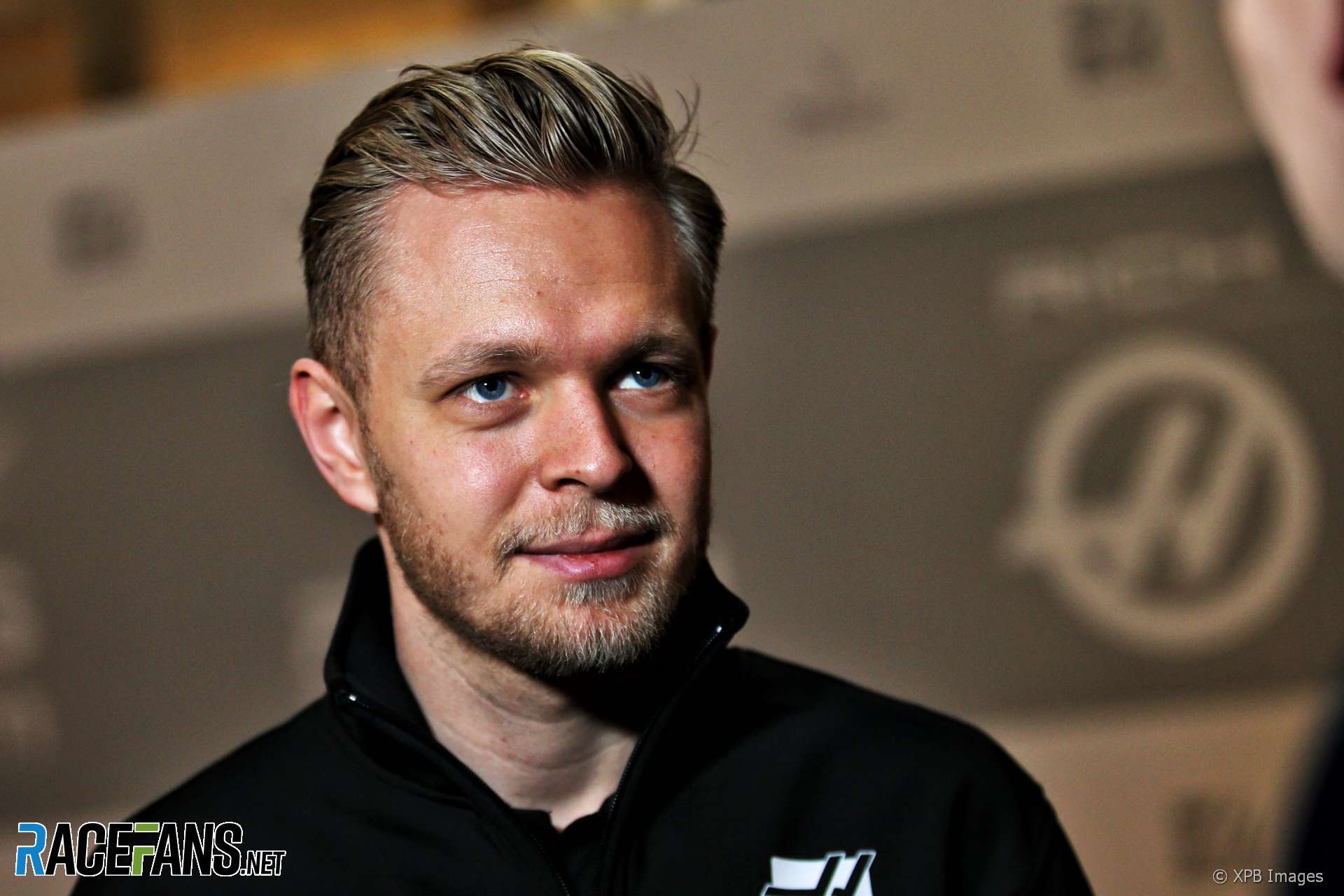 Kevin Magnussen says he hopes new rules for the 2019 F1 season will bring an end to extreme race strategies which included lapping eight seconds off the pace to save tyres.

Drivers have been given an extra five kilos of fuel per race this year – up from 105kg to 110kg – in a bid to reduce the amount of fuel-saving they have to do.

“We have a bit more fuel which is a nice thing,” Magnussen told RaceFans and other media at Haas’s livery launch in London today.

F1’s official tyre supplier Pirelli has also indicated it will bring more durable tyres following complaints from drivers following last year’s Mexican Grand Prix about how much they had to slow down to preserve their tyres.

“Sometimes like Mexico it just didn’t work for us,” said Magnussen, “we were going eight seconds slower than what we could do with a new tyre in the race and that’s also very frustrating.

“I just hope we won’t get these extreme scenarios where you’re not racing any more. Its OK to have to manage, that’s expected in Formula 1, one.

“But having to manage in those extreme and ridiculous ways that we had to do a few times, whether it be fuel or tyres, is a bit stupid. I hope that situation is all settled.”