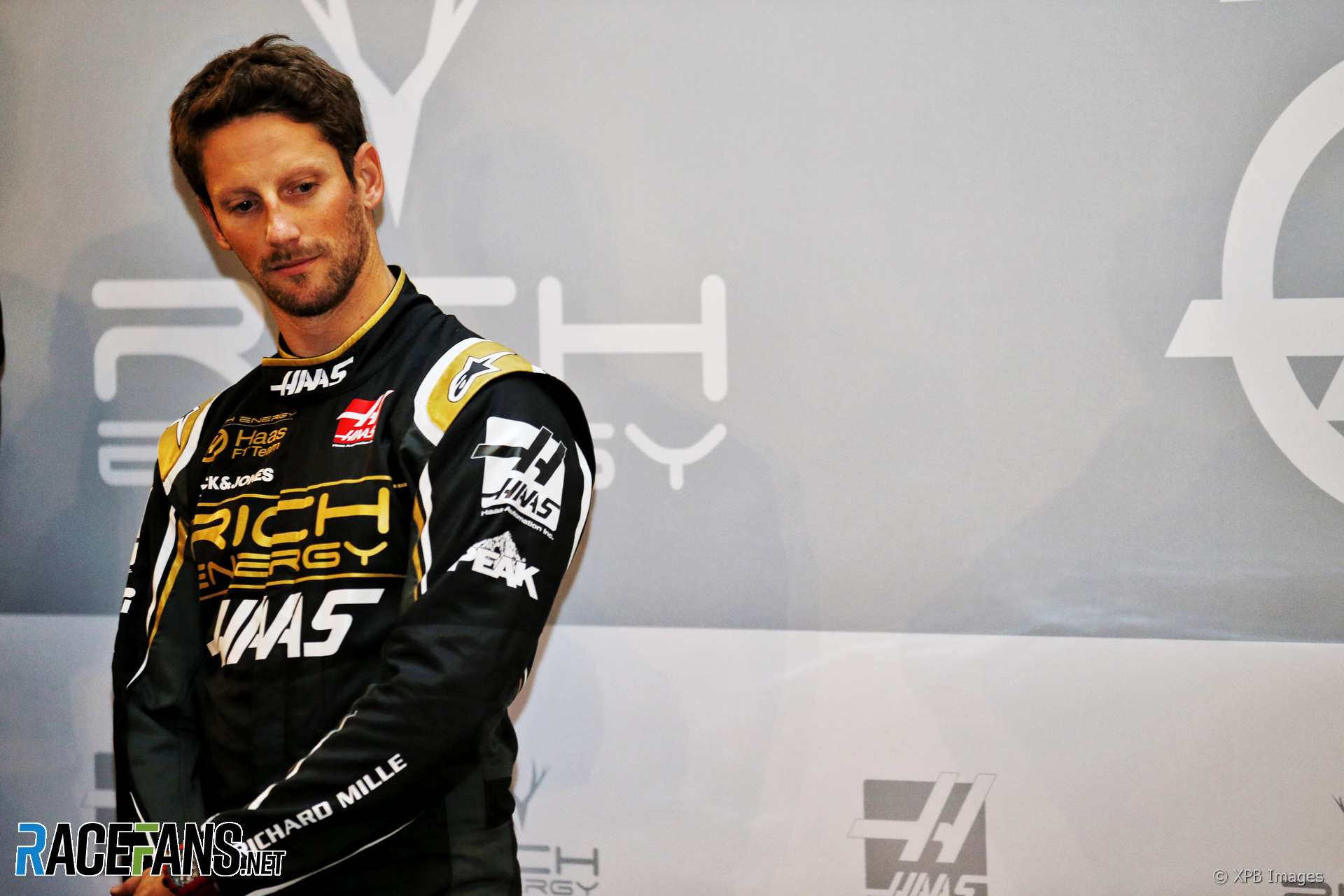 In the round-up: Romain Grosjean says he wants to build on the progress he made in the second half of last season following a “rough patch” at the start of the year.

Well you never know but definitely I want to keep the momentum from the second part of the season, I don’t want to get back to the rough patch I was going through.

In your life sometimes things are a bit more complicated and then they come back to where you would like them to be. So I’m working on making sure of that here, not going through that rough patch again, so we’ll see. I hope it’s a clear, good season and that’s probably what I need after last year.

Williams on turning around the family business (Racer)

"I think probably the lesson that I’ve learned is that actually it’s not as easy as just changing your engine, your drivers and bringing in a title partner. There’s a lot more work that needs to be done in order to make sure that an F1 team is set up in a way that it needs to in order to operate as efficiently and effectively as it needs to."

Leclerc in Maranello for a seat fitting (Ferrari)

"Today, for the first time, Charles Leclerc sat in the Scuderia Ferrari Mission Winnow car that he will drive during the 2019 season. This morning, the Monegasque driver had a fitting to finalise the shape of the made-to-measure seat of his Formula 1 car."

"At the moment it feels like we’re doing a 100 metres race but some people are already starting 40 metres into the race, so no chance really to compete with them."

"Daimler, maker of Mercedes-Benz, reported a 28 per cent fall in net profits to €7.6bn in 2018; Toyota said net profit last quarter fell 81 per cent; and GM reported an 8 per cent drop in the fourth quarter."

"They slandered my reputation and humiliated me and my family with false information."

"Once you’ve determined that, it’s not going to affect you at the critical place so you just forget it, like it isn’t there, so you can commit yourself completely as though you are there on your own."

"Willem Toet, the Australian-raised head of aerodynamics for Benetton in 1994, believes it was Schumacher’s technique that Senna mistook for illegal traction control."

"A soldier told us Fangio’s Lancia had nearly gone off just before we did. It turned out this was a notorious turn, and for entertainment the crowd had removed the warning sign..."

Kevin Magnussen is right to describe the extent of fuel and tyre saving in F1 as “ridiculous” says @Robbie:

It has been ridiculous and needs to stop. The pinnacle of F1 should not be the pinnacle of tyre monitoring. If they’re going to drive eight seconds a lap slower, they might as well lose the wings altogether and then we won’t have to worry about processional cars handcuffed in dirty air.

Things should improve a little this year, then maybe a little more next year, then big time for 2021. Going in the right direction.
@Robbie