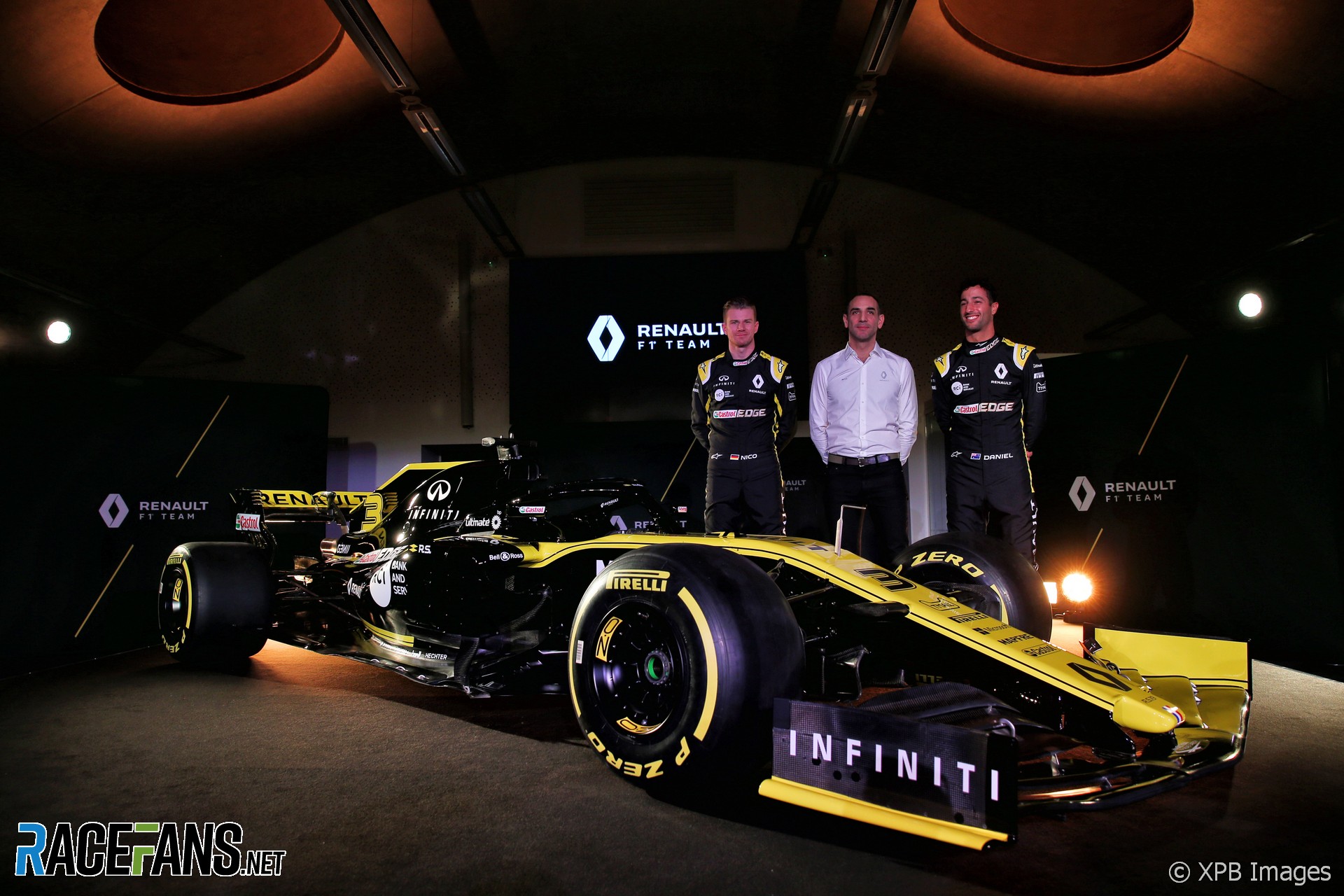 Renault may be forced to delay its planned shakedown of its RS19 on Saturday owing to the late completion of parts for the new car.

The team revealed its livery for the new season on 2018-specification car at its factory in Enstone today and also presented renderings of how its finished car will look. But team principal Cyril Abiteboul admitted they were cutting things “super tight” with their pre-season preparations.

“We are still due to do a shakedown on Saturday during a filming day,” he told media including RaceFans at the event. “It may or may not take place as we speak.”

Abiteboul blamed the late sign-off on regulations for the 2019 F1 season but also admitted the team had cut things fine by trying to maximise their development time.

“We are, to a certain degree, also paying a little bit the fact that we are much more integrated this year than before. So I think to a certain degree when when you are in such a situation you are a bit more complacent with milestone and internal planning. You think that it’s going to be OK.

The team will have to be more conservative with its development goals next year, Abiteboul added.

“We need to be constantly flirting with the red line. I think we’ve gone maybe a bit over the red line. That’s why my thoughts are really with production which are, as we are speaking, massively working to get the parts out of the door for us to be ready in testing.

“I think next year we will have to be a bit more conservative because it’s not performance it’s also reliability. We don’t want to turn up and shakedown your car and suddenly realise that there is something that’s not working. So it’s a balancing exercise. We’ve been a step too far. Maybe we’ll have to review for next year.”