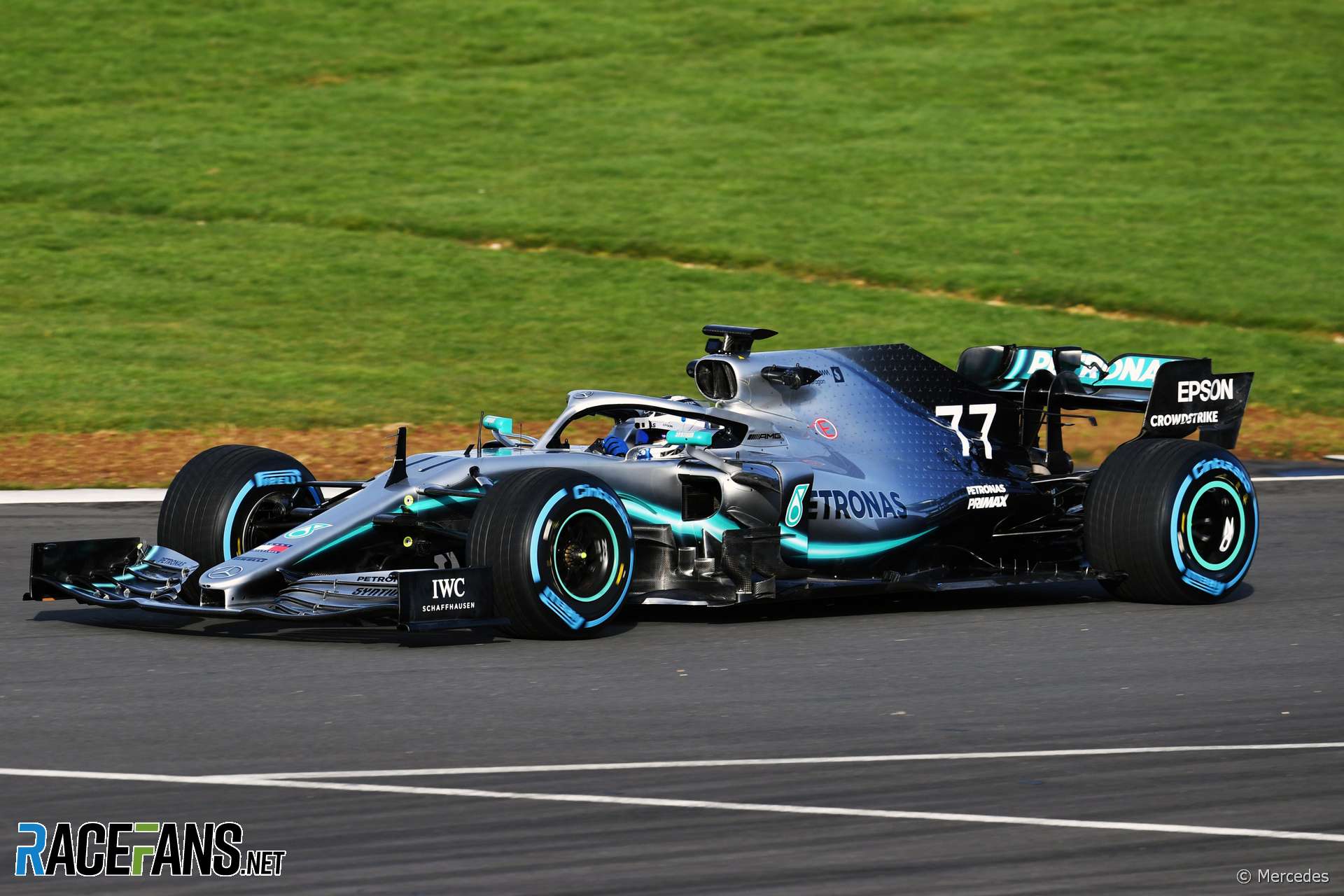 Mercedes has revealed the car it hopes will secure a sixth consecutive sweep of the Formula 1 world championship titles. The team said it is “celebrating its tenth modern-day Formula One season with a new livery”.

The new Mercedes W10 for the 2019 F1 season appeared for the first time on Wednesday when the team conducted a filming day at Silverstone with Valtteri Bottas at the wheel.

“The 2019 season will be a new challenge for all of us,” said team principal Toto Wolff. “The regulations have changed quite substantially.

“We have to start from scratch, we need to prove ourselves again – against our own expectations and against our competitors. We start the season with zero points, so we’re taking nothing for granted and there’s absolutely no feeling of entitlement to be at the front.

“In fact, with the regulation change for the new season, every team can have a shot at the title and we’re seeing all of them as a potential threat.”

Interactive: A clearer look at the Mercedes W10

Use the sliders below to brighten up the images of key areas of the Mercedes W10: 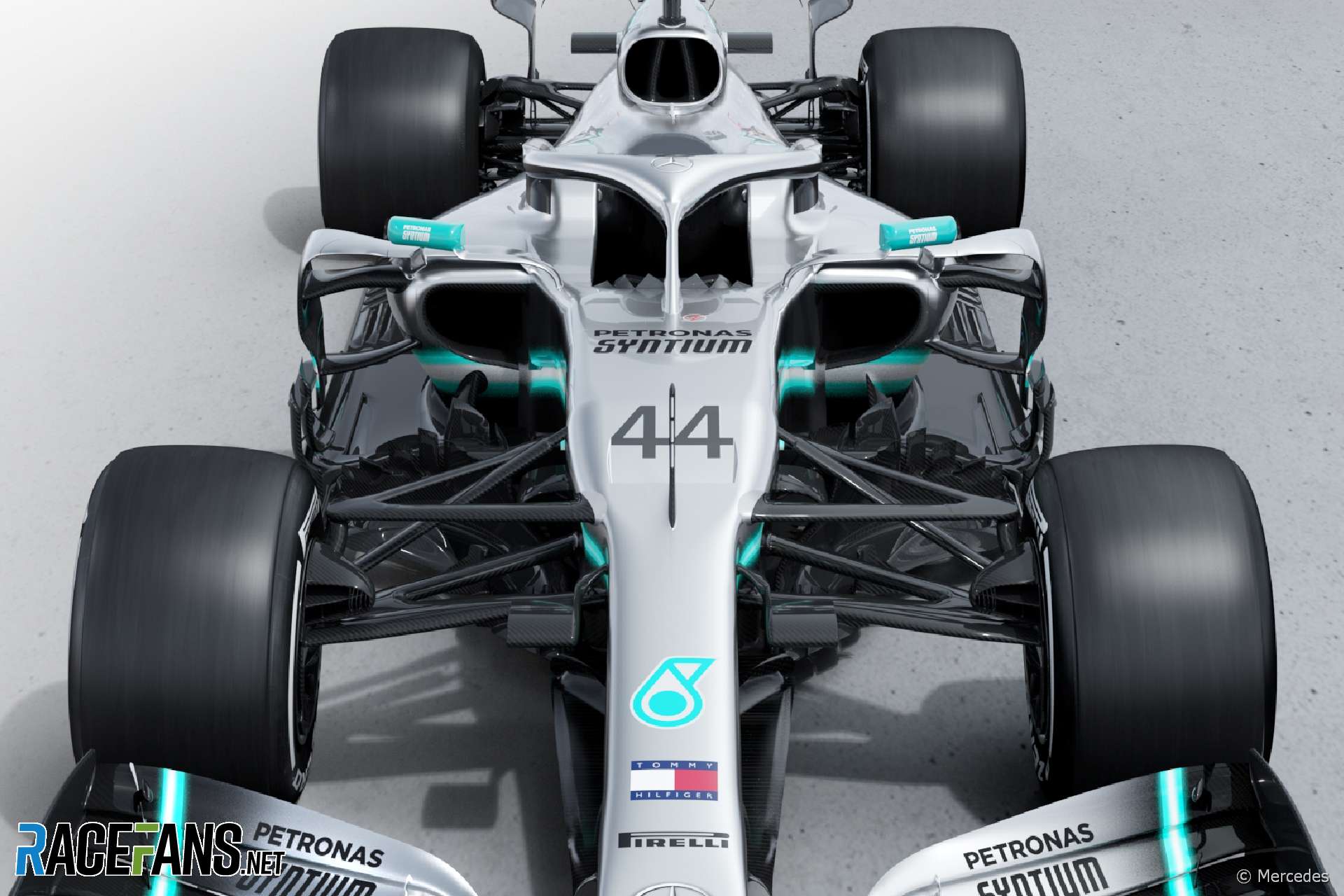 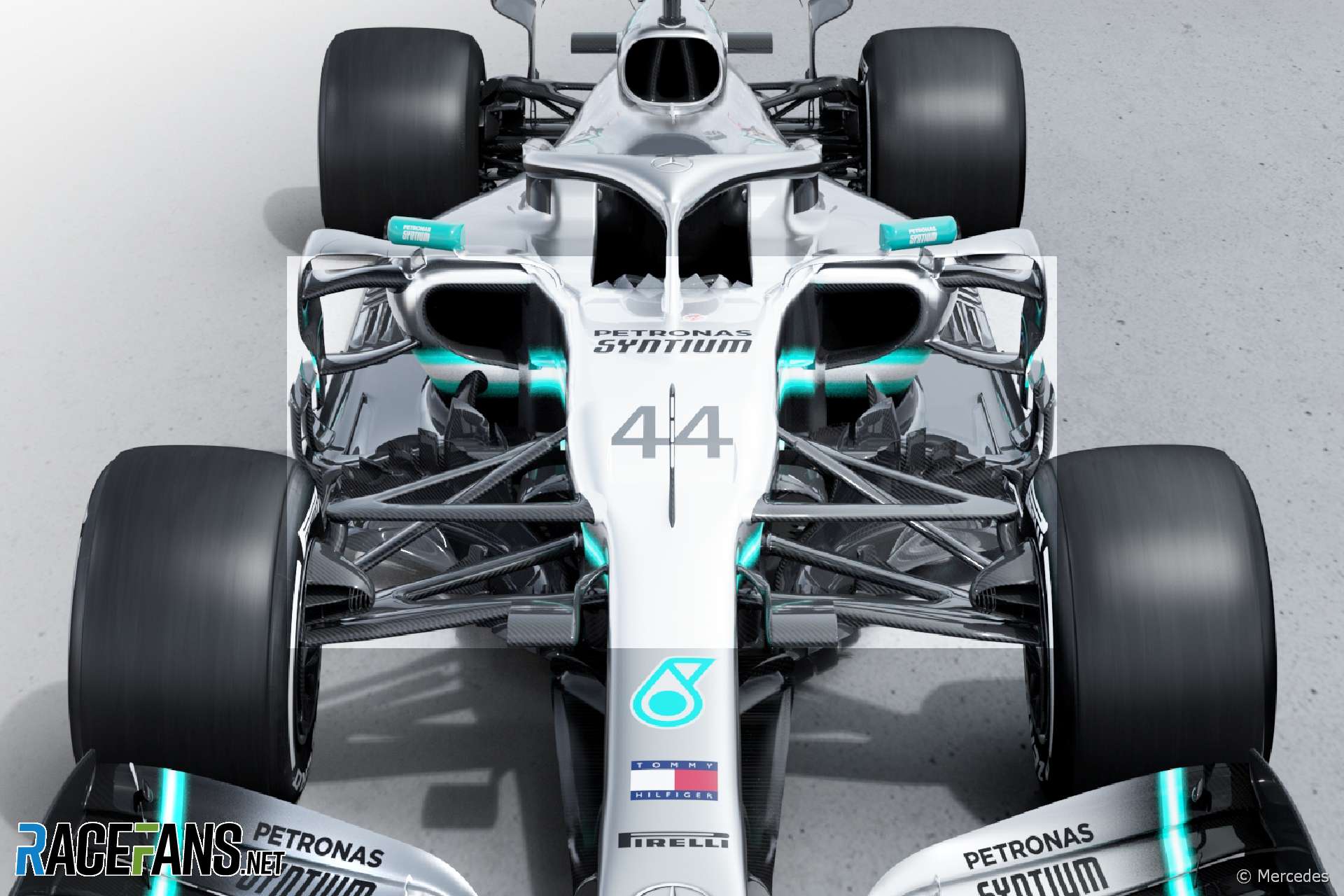 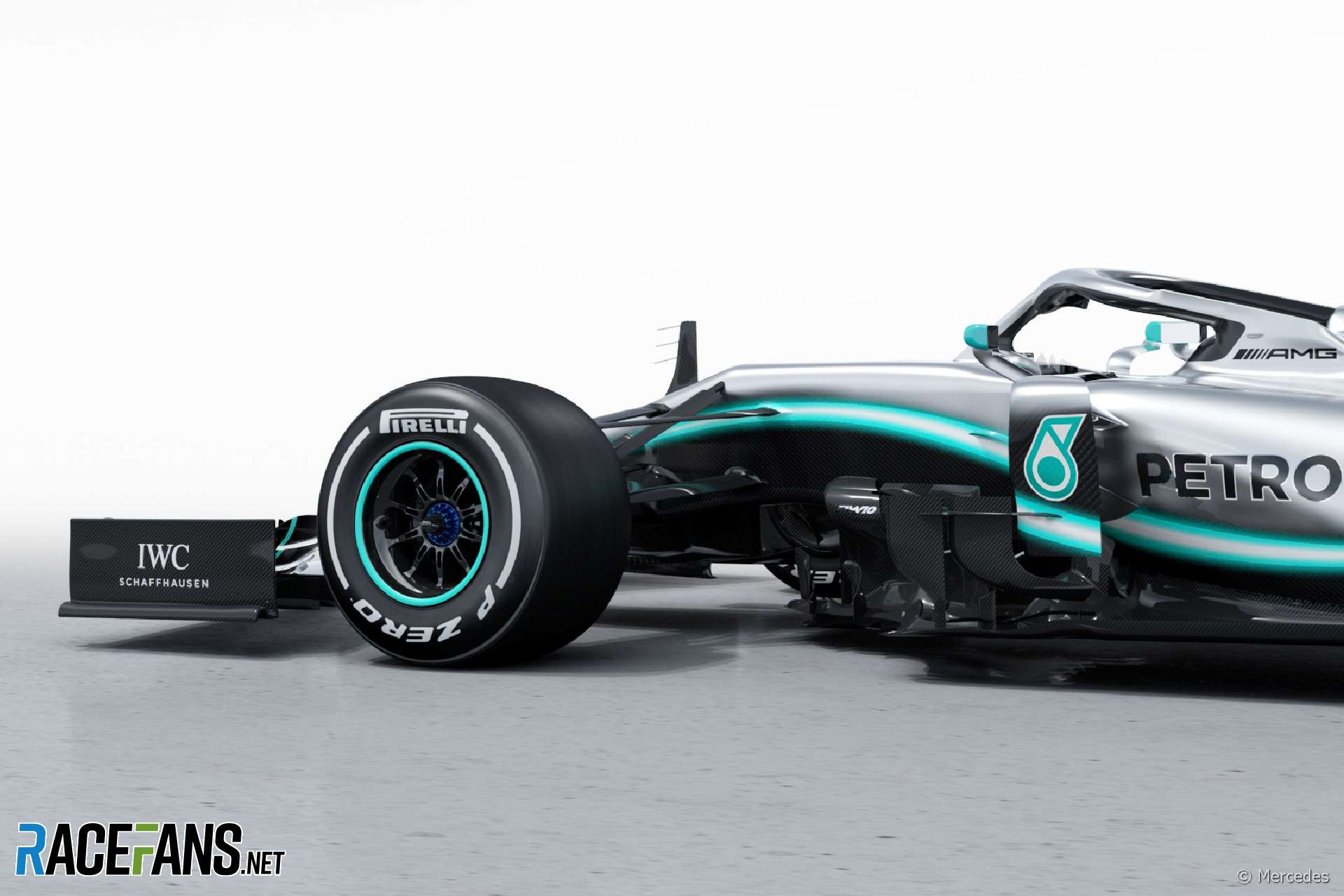 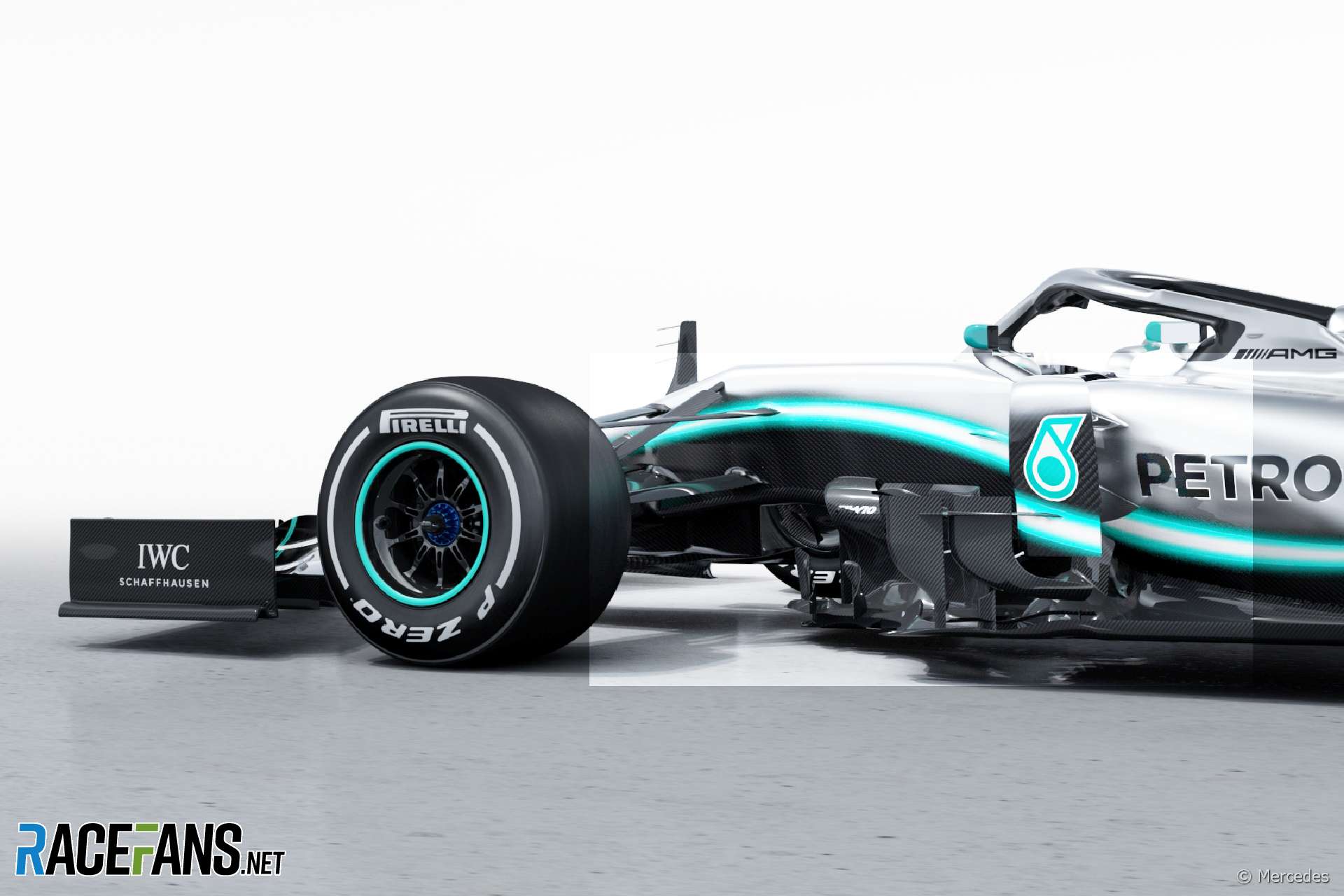 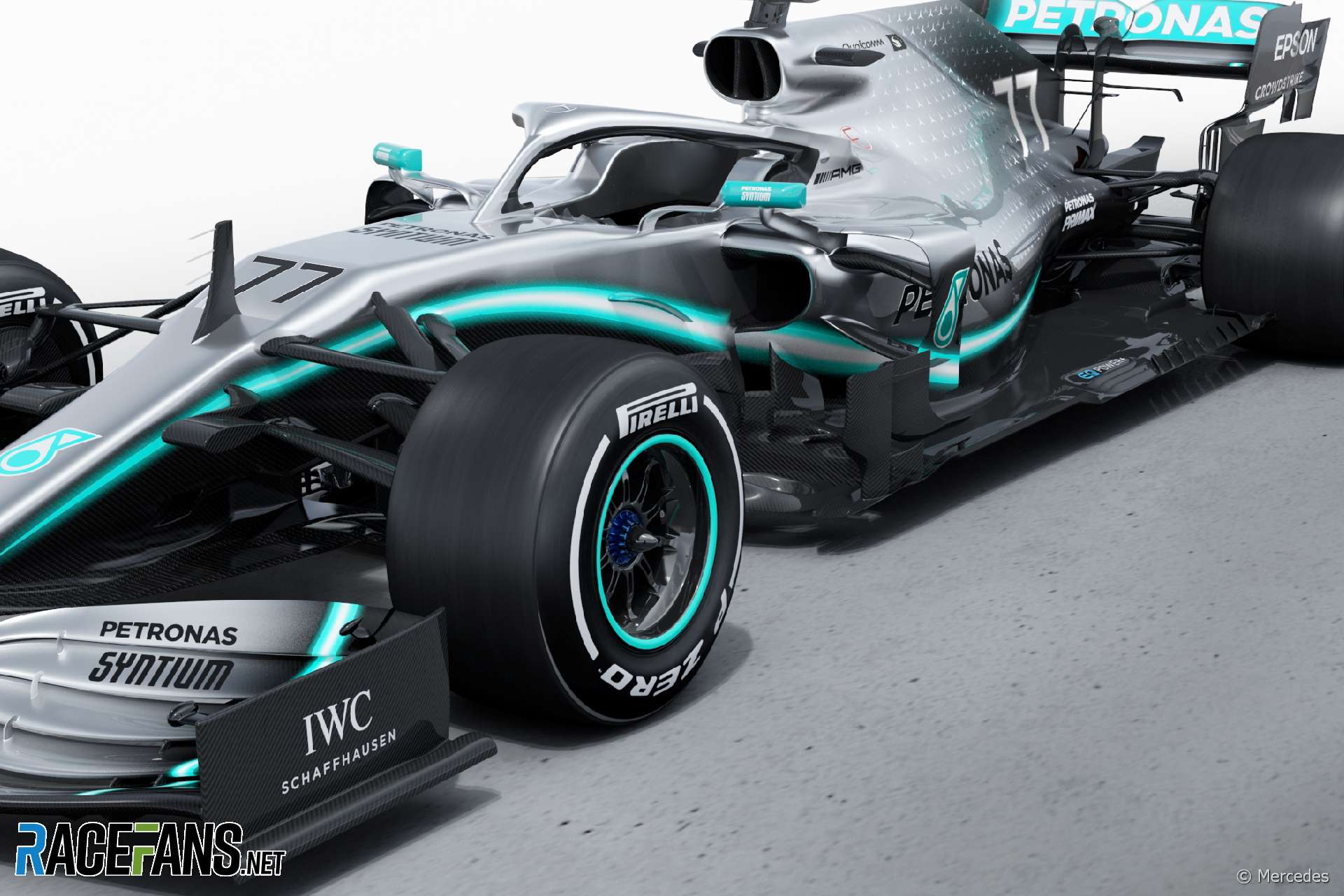 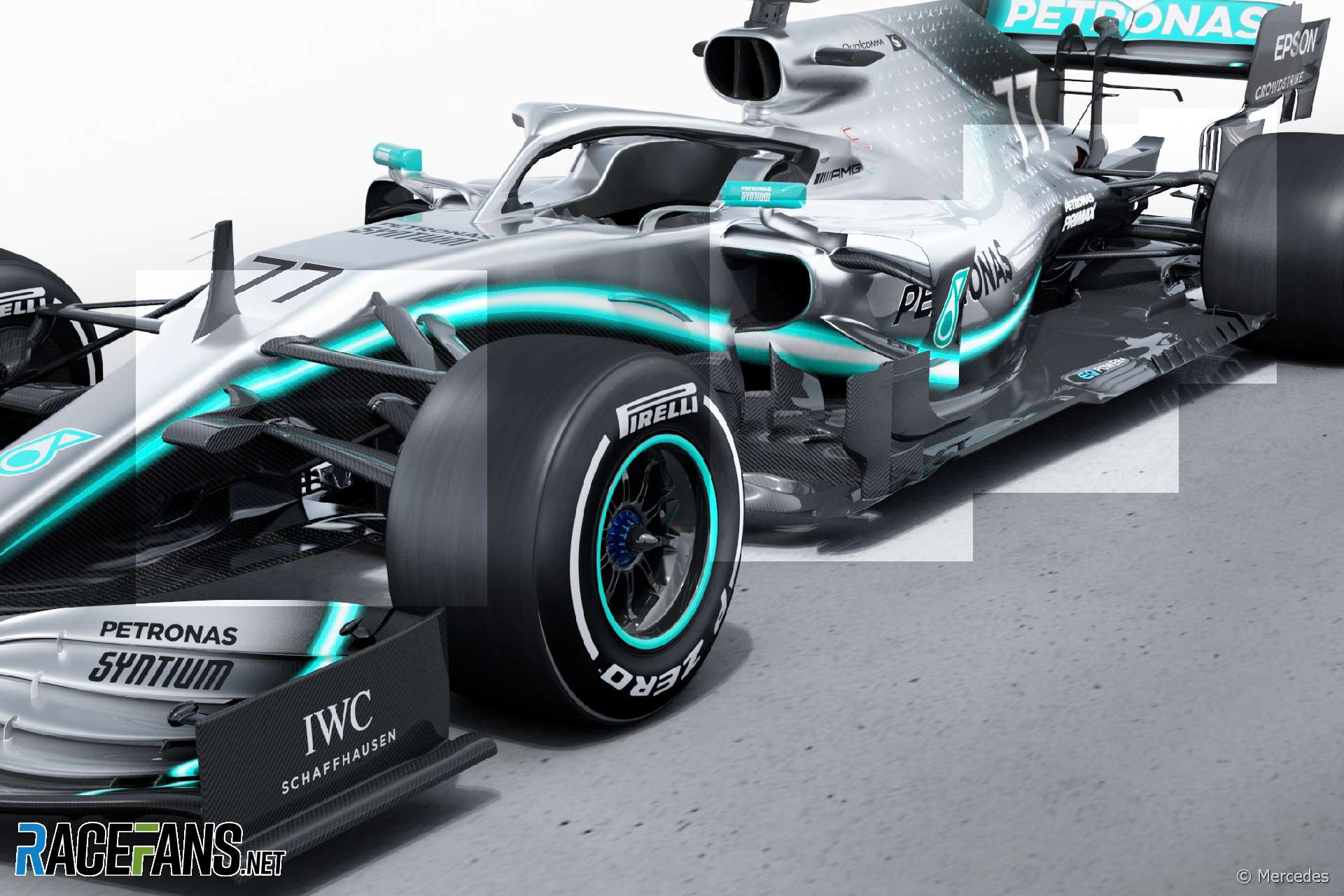