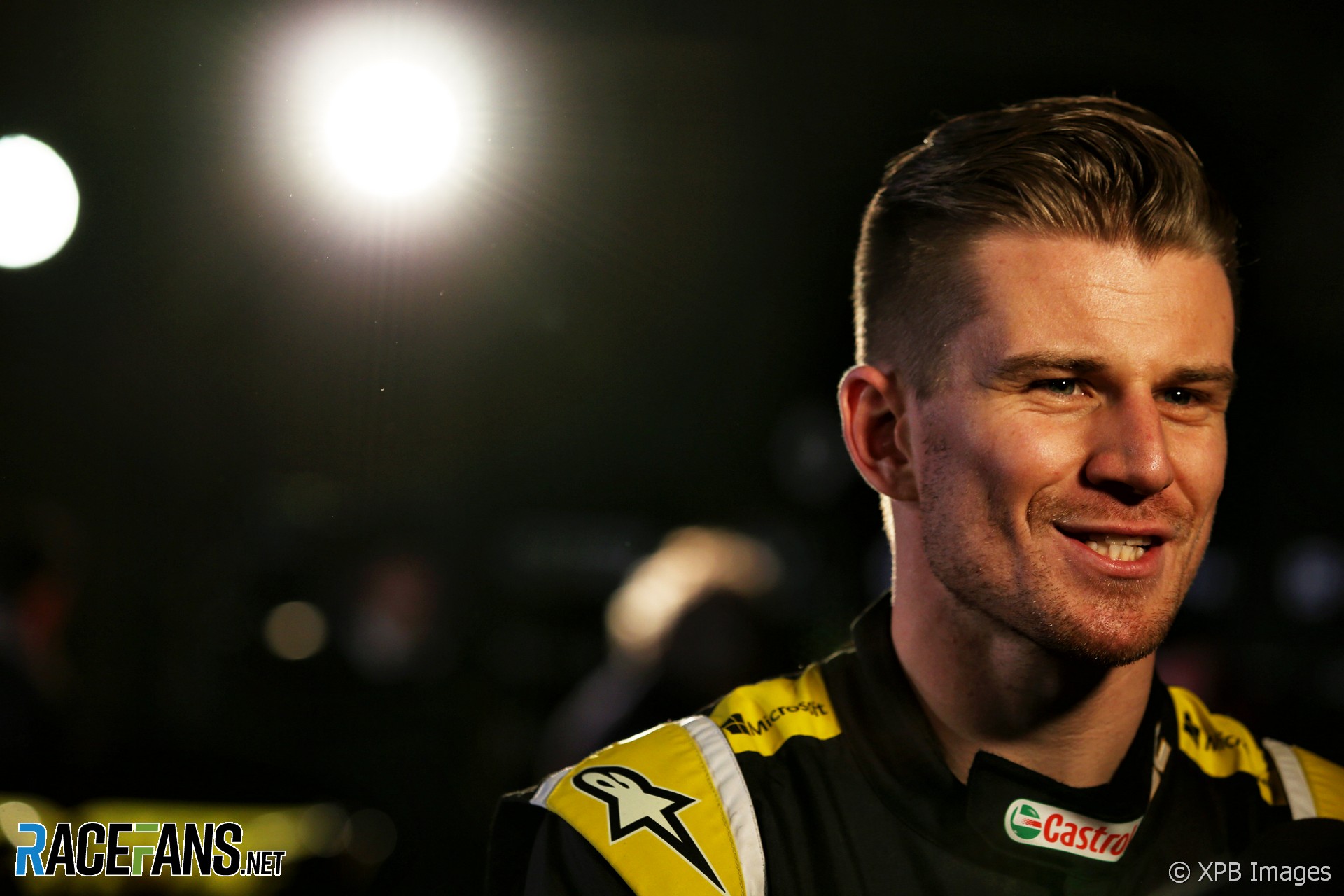 In the round-up: Nico Hulkenberg suspects he’ll need a bit of luck if he’s going to end his record streak of race starts without a podium finish this year.

As many of you will have seen yesterday we have welcomed Craig Scarborough to RaceFans as our new technical contributor for the 2019 F1 season. I’m sure many of you will be familiar with his writing and appearances on Peter Windsor’s YouTube channel, and will be excited as I am to have him contributing to the site during the season.

Craig kicked things off yesterday by running the rule over Toro Rosso’s new contender for 2019. Later today we should see the new Mercedes W10 and Red Bull RB15 break cover for the first time – look out for Scarbs’ analysis of that pair of highly-anticipated cars soon on RaceFans.

Thanks to everyone for the incredibly positive response to Craig’s arrival in the comments yesterday and on social media. And special thanks also go to our RaceFans Supporters, whose contributions help make it possible for us to expand and bring in new writing talent.

See here if you’d like to become a RaceFans Supporter, or to find out more:

Hulkenberg was asked if he gets tired of answering questions about his long wait for a Formula 1 podium:

Kind of still a lot of questions about it. I mean now obviously it’s condensed because we’re here today, so much media. But I understand why, it’s fine.

Obviously I do want to be on there one day you know and we’re working on it, I’m working on it. So is it going to happen this year, if it’s possible, it’s impossible to say right now.

But as a race driver you always push for the best possible and hopefully if we are closer to the top three this year maybe on a given Sunday with a crazy race or favourable conditions it can happen. But I think we’ve just got to make sure that we are ready when the opportunity presents itself.

Renault describes @HulkHulkenberg and @danielricciardo as the "hottest driver line-up in Formula 1".#F1

"McLaren Racing has today confirmed that Andreas Seidl, recently appointed as Managing Director, McLaren F1, will begin work on 1 May 2019."

"F1 has a new mandatory helmet standard for 2019 following years of work from the FIA that included extensive military ballistic testing in a bid to further improve driver head protection."

"Lewis has come back refreshed, arched up, with a lot of muscle and is very hungry."

"The car also proved to be something of a curio, for it was presented with a turbocharged Alfa Romeo engine – a form in which it never competed."

Do you expect to see more known sponsors on F1 cars?

Is getting a bigger/well known brand so hard to land these days in F1?

I mean, sure, Williams is not the most visible car in the pack given their form lately, but it’s one of only 10 teams that race all over the world in the most famous motorsport competition. I get that viewership is down and the kids nowadays don’t follow F1, but still there are tens of millions of people from my generation (35-year-old) or a bit younger/older that still watch it, and I dare to say that we are actually the most coveted audience by marketers, given the age and financial situation.
@GechiChan