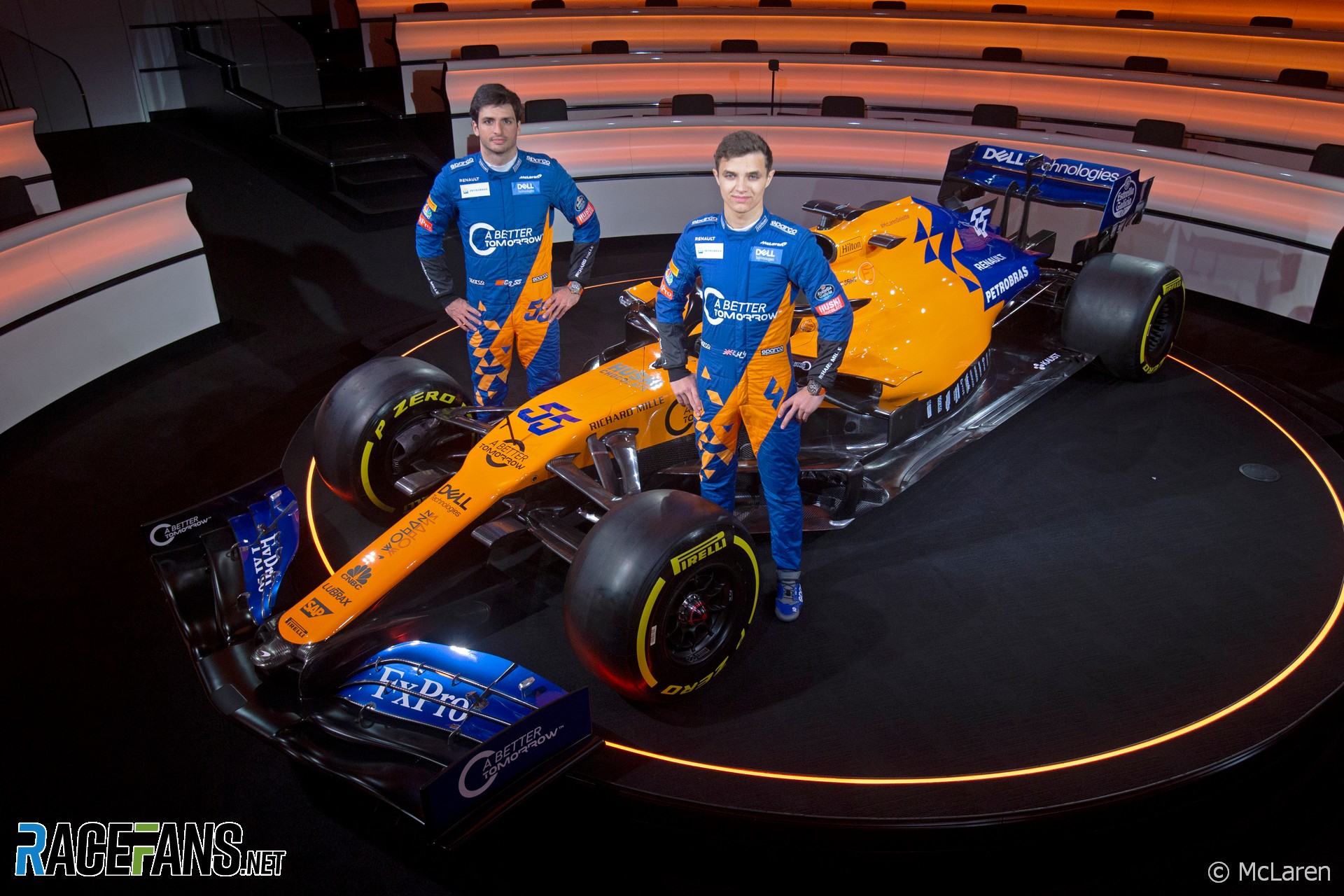 McLaren has revealed its new car for the 2019 F1 season, the Renault-powered MCL34.

It will be driven by an all-new driver line-up. Carlos Sainz Jnr has joined the team from Renault, while last year’s Formula 2 runner-up Lando Norris will make his Formula 1 debut.

“I think the car is ready,” said Sainz. “We could go testing today if we wanted. Now it’s time to find the strong points and the weak points and get started with the season.”

Sporting director Gil de Ferran said the team is going into the new season with high spirits. “The feeling within the team is incredible, a lot of excitement and anticipation,” he said.

“Now seeing the car here in its full glory it’s really an incredible feeling. It’s a beautiful piece of art.”