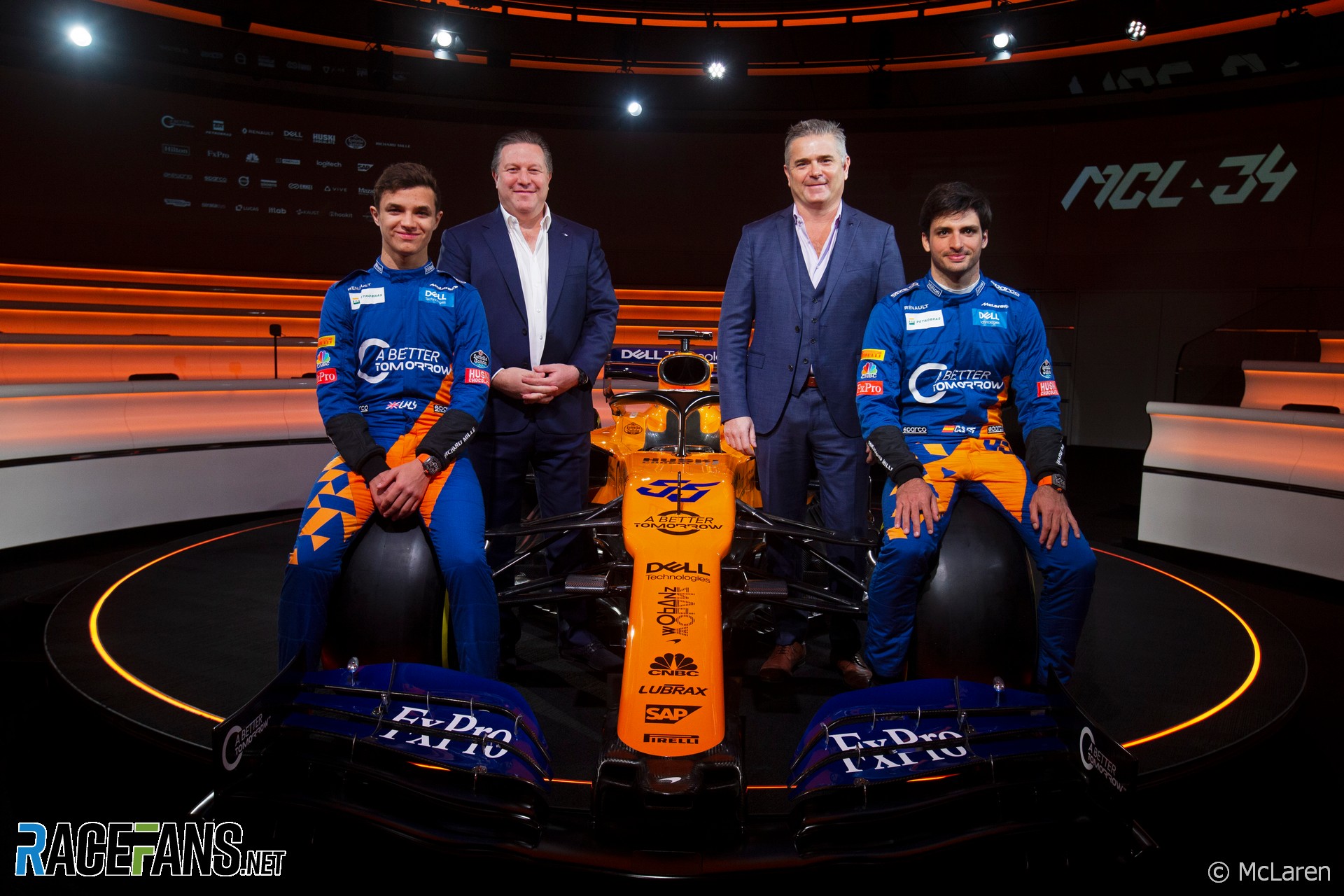 McLaren Racing CEO Zak Brown admits the team set its sights too high for its first year with Renault power last season and intends to deliver a “big step forward” in 2019.

Speaking at the launch of the MCL34, the team’s second Renault-powered car, Brown said the team was too optimistic about how quickly its performance would improve after splitting from Honda.

“Obviously when we made the change last year I think we were probably a little bit over-excited about how quickly we would return to the front,” he said. “And we got that wrong.

“So we’ve looked in the mirror to understand where we went wrong. We’ve made a lot of changes as all of you know both structurally, operationally – some new people – and so this is a very important year to show forward progress.”

A key weakness of last year’s car was its aerodynamic performance. The team’s sporting director Gil de Ferran said the changes to the aerodynamic rules for the 2019 F1 season made it harder to track their progress from year to year.

“There’s been a lot of effort by our engineers to to try to understand the shortcomings of the car being them aerodynamic or something else,” said de Ferran in response to a question from RaceFans. “And we did the best we could to address them.

“Certainly this year there’s been a new set of aerodynamic regulations. Interestingly enough they seem relatively small but their effect on the development of the car has been quite large. So in a way actually you lose a bit of a reference point that you would have had, had the regulations been stable.

“And so it it’s hard to know exactly how well you’re gonna do relative to everyone else but I think we worked hard in trying to understand some of the fundamental dynamics behind some of some of the issues and did our best to try and improve them.”

22 comments on ““We got that wrong”: Brown says McLaren expected too much from first year with Renault”