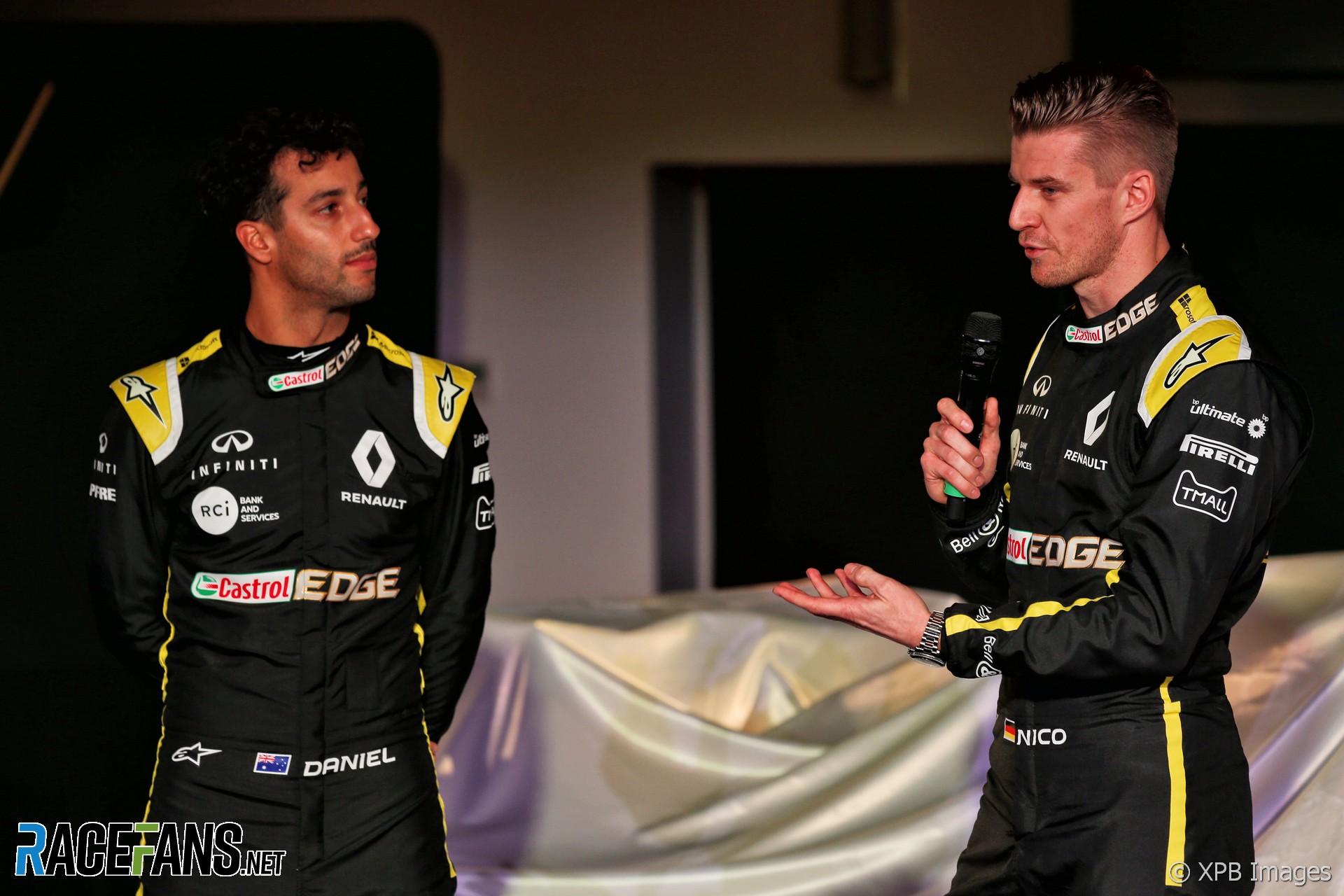 Nico Hulkenberg says how he performs against new team mate Daniel Ricciardo will be important for his future in the sport.

Ricciardo is the first race-winning driver Hulkenberg has been paired with since he entered Formula 1 in 2010. Hulkenberg, who holds the record for most race starts without finishing on the podium, is conscious of the need to demonstrate his potential against the new benchmark.

“We want to make progress,” Hulkenberg told RaceFans and other media at Renault’s season launch this week. “Last year I wasn’t always satisfied and happy with what we’ve done. So I would like to see more progress. Obviously, ultimately I would like a car that allows me also to finally step on a podium. We’re obviously working on it.

“But it’s also important I think in a way that I have now a team mate that was a proven grand prix winner. It was sort of like that with Rubens [Barrichello] but it was different – [it was] my rookie season and he was [in his] 18th season, it wasn’t quite a good or fair comparison I feel.

“This is much more real or good to compare, I think. So for me personally and very important here to see how I stand up next to that. That will determine also my sporting future in a way.”

Hulkenberg, one of the tallest drivers competing in the 2019 F1 season, said he fits more comfortably in the team’s new car than he has in his previous two Renaults.

“When I started ’17 obviously I signed the deal late and obviously the chassis was already designed so it was sort of a compromise and the seating position wasn’t ideal. Last year obviously then it was designed already around me with a lot of improvements but still not everything perfect.

“For this year again having worked more on it and having spent more time with the designers rearranging stuff – looms, electronic boxes – it is probably the best driver fit. I’m lower in the car too. When you’re lower you have less air turbulence, life’s a bit quieter down there, center of gravity lower. Little things, but it’s always about little things.”

29 comments on “Hulkenberg: Contest with Ricciardo “will determine my future””